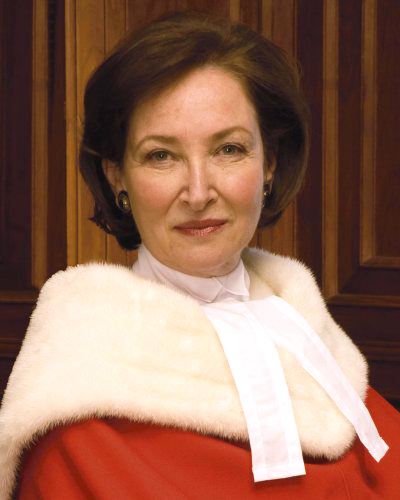 Next Tuesday, Justice Anthony Kennedy will step down, leaving a second vacancy in the United States Supreme Court for President Donald Trump to try and fill.

“The Supreme Court sometimes has years that aren’t quite as high profile as others,” said John Q. Barrett, Elizabeth S. Lenna Fellow at the Robert H. Jackson Center. “This is a very high-profile year that we’ve just completed.”

Along with Kennedy stepping down, Barrett said the Supreme Court has faced a number of “salient issues of public concern,” such as Denver native and bakery owner Jack Phillips refusing to make a cake for a same-sex wedding and Trump’s travel ban on several predominantly Muslim countries.

Since 2005, Chautauqua Institution has hosted the Robert H. Jackson Lecture to bring an expert on the U.S. Supreme Court to the Institution to offer their perspective and share their ideas about the court.

At 4 p.m. July 25, in the Hall of Philosophy, Supreme Court Justice of Canada Rosalie Silberman Abella will deliver the 14th Robert H. Jackson lecture. She is the first Supreme Court justice of any country to give this lecture at the Institution.

Abella was born in 1946 in a displaced person’s camp in Stuttgart, Germany. Her family arrived in Canada as refugees four years later, where Abella would remain throughout her childhood.

She graduated from the Royal Conservatory of Music in 1964 and attended the University of Toronto, where she would earn her law degree in 1970.

Abella has experience giving many different lectures, including the Harlan Lecture at Princeton University and the Winchester Lecture at Oxford University.

The Robert H. Jackson Lecture series honors Supreme Court Justice Robert H. Jackson, who served from 1941 to 1954. Jackson was instrumental “in decisions that impacted a changing nation, including those involving Civil Rights, racial integration and the religious rights of individuals,” according to the Jackson Center’s website.

In general, Barrett said the Jackson lecture has “brought Chautauqua to the attention of the U.S. Supreme Court.” 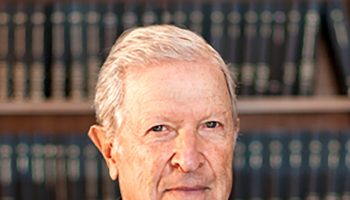 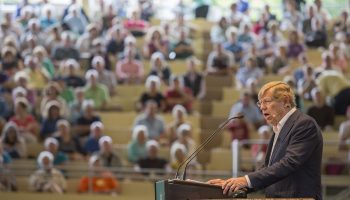