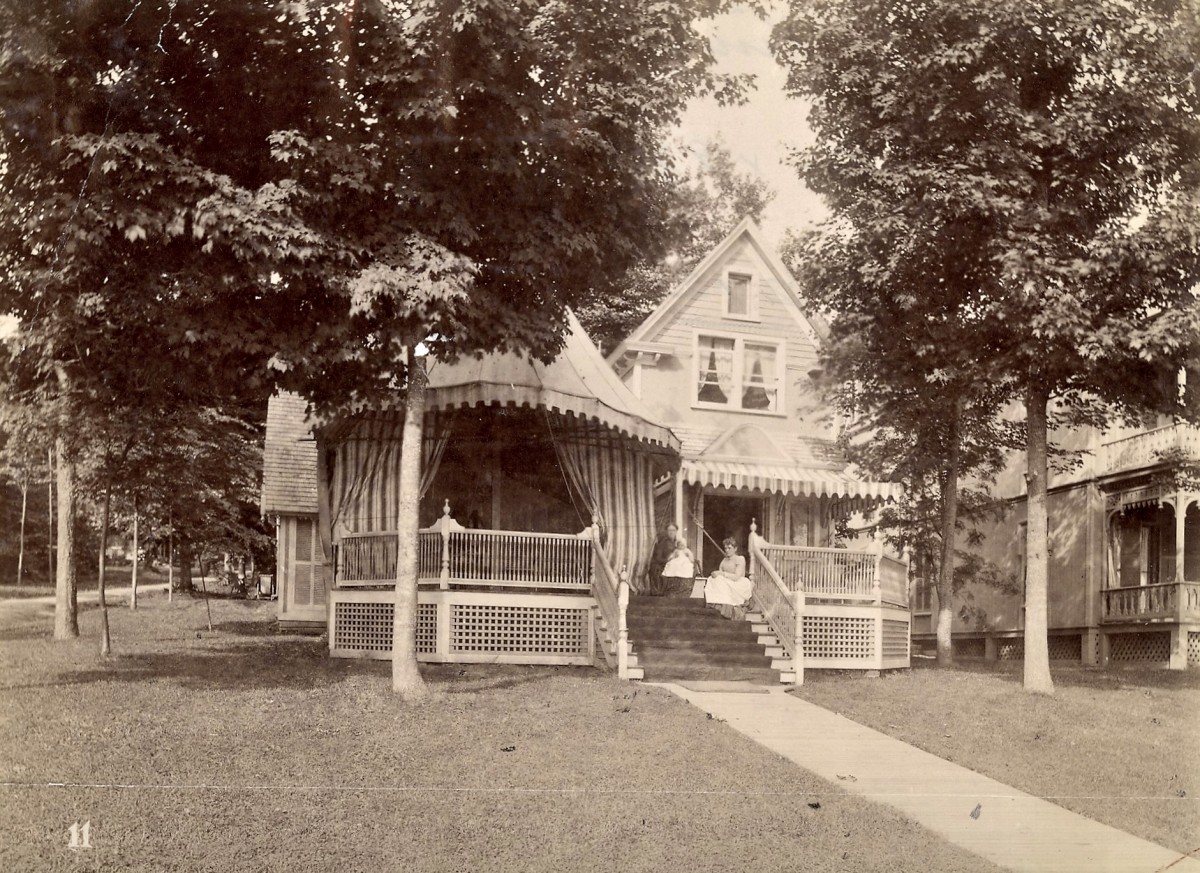 As the co-founders, Miller and Vincent are inextricably linked in the history and myth of Chautauqua, but “they were two very different personalities,” according to Timothy Binkley, the chief archivist for the Bridwell Library at the Perkins School of Theology at Southern Methodist University, where Vincent’s letters, journals and other papers are housed.

“The two men did not always see eye to eye,” Binkley said. “Vincent was the public face, whose job was to promote Chautauqua. He was more involved in public relations. Miller was left paying all the bills. He facilitated the business of Chautauqua.”

Looking around the grounds, Miller seems to be better known. His home, the Miller Cottage, was the first free-standing structure on the grounds. His daughter, Mina, married Thomas Edison. A park beside the lake is named for him. Miller was the one whose financial backing made Chautauqua possible, but it was Vincent who supplied the vision.

At 3:30 p.m. Friday, July 20, in the Hall of Philosophy, Binkley will present “John H. Vincent: The Other Co-Founder of Chautauqua,” as part of the Oliver Archives Heritage Lecture Series.

“Vincent seems to have been a restless spirit,” Binkley said. “He had an itch to travel and nurtured a dream to travel internationally.”

And travel he did.

Vincent was born in 1832 in Alabama and moved with his family to New Jersey as a child. He went to seminary there, and became a circuit-riding Methodist minister and schoolteacher. He took various pastoral posts and moved every year or two, Binkley said, eventually arriving in Galena, Illinois, in 1860, where one of his congregants was Ulysses S. Grant.

Later preaching in Akron, Ohio, Vincent met Miller, whose business acumen allowed him to support the progressive Methodist ideas that attracted the industrialist, and together they founded and nurtured Chautauqua. Vincent serves as bishop of Buffalo from 1888 to 1892, and in 1900 was named to the newly created position of Methodist Bishop of Europe, based in Zurich.

He also spent time in England, Germany and Palestine before he was forcibly “retired” by the Methodist Episcopal Conference, which wanted a younger person, Binkley said.

“He was on the road all the time,” Binkley said. “He carried out his family life by mail.”

And yet, Vincent always returned to Chautauqua, where his experiment blossomed and thrived, making him an internationally known leader in education.

“Vincent was very much a believer in nontraditional education (and) lifetime learning,” Binkley said. “Not just to learn by reading books, although he thought books were very important, but to have experiences that involve the whole person — art, music, physical exercise, reading — reinforced by other stimuli.He saw no limits on educational experience.”

As a teacher, for instance, Vincent developed “singing geography,” an exercise in which he and his students set subjects, like the state capitals, to a tune and then sang it, said Binkley, who is himself a Methodist minister.

“His philosophy was that if you could make learning fun, people would embrace it,” Binkley said.

With its broad focus on knowledge, religion, education,recreation and the arts, Chautauqua Institution embodied that philosophy, writ large.

“The plan was to create a place where a wide variety of people of all ages could get together and experience the finest oratory, spirituality and science in one place for the summer,” Binkley said. “This experience was his greatest dream, and he succeeded.”

Would Vincent approve of Chautauqua in 2018?

“Absolutely,” Binkley said. “Some of the secular changes over the years may have given him pause, but I think he would be very proud of it and quite supportive. He wouldn’t have to work hard to find that the founding ideals of Chautauqua are still here.”