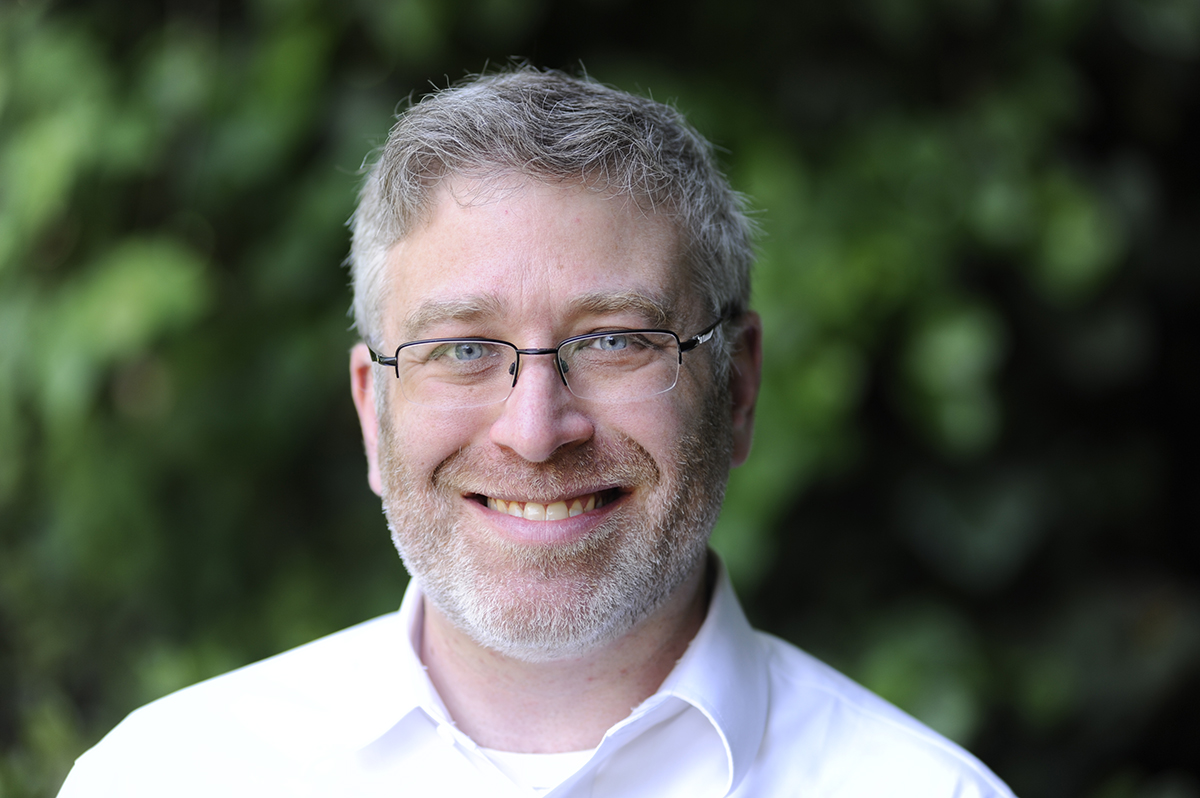 Rabbi Adam Chalom recalls a cartoon he once saw where an atheist missionary travels door to door passing out a blank piece of paper. The cartoon, Chalom said, makes the assumption that secularism essentially equates to nothing — no God, no Bible, no hymn music. Just a blank page.

But the lifelong adherent of Humanistic Judaism challenges that assumption.

“People have tremendous misconceptions about humanism or people who have a secular approach to life,” Chalom said. “They assume you can’t be a good person if you don’t believe in a god, or that you can’t have a sense of community unless you have a church. That’s just not true.”

At 2 p.m. on Friday, July 6 in the Hall of Philosophy, Chalom will represent the humanist philosophy during the Institution’s second Interfaith Friday. Chalom, the dean for North America of the International Institute for Secular Humanistic Judaism, will engage in interfaith dialogue with the Rt. Rev. V. Gene Robinson, Chautauqua’s vice president of religion.

Chalom, a rabbi of Kol Hadash Humanistic Congregation in Chicago, describes Humanistic Judaism as a secular alternative to other branches of Judaism. He adopts the cultural and historical experiences of the Jewish people while embracing a human-centered philosophy focused on the “here and now.”

“Rather than get caught up in the theological debate of is there or isn’t there, a positive humanism focuses more on … what we can impact in the world based on what we do know as opposed to what we don’t know,” he said.

Though he has spent his life following and studying the humanist philosophy, Chalom advocates for interfaith dialogue, specifically a dialogue that includes secular approaches to life.

“In some ways it’s unconventional to have us included in an interfaith dialogue because we don’t fit into the traditional category of faith,” he said. “But part of what I’m going to talk about on Friday is the fact that we are actually part of the spectrum of approaching big questions. What happens after I die? How do I make meaning in this life? Those are questions that humanism answers, they just have different answers from conventional religious answers.”

As Chalom and Robinson converse, the rabbi is hopeful that he will challenge audience members to disagree with his philosophy.

“Real interfaith dialogue is not when we all agree on everything,” he said. “Dialogue is when you disagree and you have to find what can you agree on, where are there points that are worth debating and maybe even changing your perspective if you find something meaningful from the other side.”

Even after the conversation ends, Chalom said he hopes interfaith work continues to include secularism. He said there is a definite disconnect between the religious and secular that stems from uninformed presumptions.

“I would definitely like more religious people to have a more thorough and nuanced understanding of secular approaches to life,” Chalom said. “At the same time, I find that humanists could have a more subtle approach to religion. Often they paint religion in a fundamentalist perspective, when obviously there are shades of grey and varieties of religious approaches.”

Chalom previously visited Chautauqua in 2010 to offer a prayer at the Everett Jewish Life Center, and he said he is excited to return to the grounds to represent Humanistic Judaism.

“I was very pleased to get Gene Robinson’s call to be invited to be part of this series, because I’ve felt for a long time that humanism belongs on the panel of approaches to big questions,” he said.