For humans, hypertension, high blood pressure and other ailments are known as “silent killers.” Technology and medicine have helped humans detect diseases; however, animal populations do not have that resource. For the birds of this world, there is a very real “invisible killer” depleting the avian population around the globe: windows. 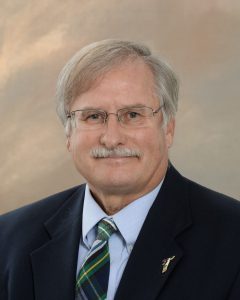 Daniel Klem Jr., a professor of biology and Sarkis Acopian Professor of Ornithology and Conservation Biology at Muhlenberg College in Allentown, Pennsylvania, is an expert on avian mortality attributable to windows. Klem will discuss this issue at 12:15 p.m. Tuesday, July 17, at Smith Wilkes Hall as part of the Bird, Tree & Garden Club’s Brown Bag lecture series.

“The hope is once individual homeowners and others realize what a massive tragedy this is worldwide, they’ll be committed to do something,” Klem said.

Klem has been researching the issue for more than 40 years,and said it took almost 10 years to convince the scientific community that this “invisible killer” was something worth looking into. While oil spills, cell towers and wind turbines are widely discussed as being contributors to avian deaths worldwide, windows are not.

According to Klem, windows are the third leading cause of avian deaths worldwide, behind habitat destruction and domestic cats. Studies, past and present, have shown that evidence suggests birds behave as if clear and reflective windows are completely invisible to them, Klem said.

“My lowest estimate in the 1970s for birds killed by running into windows in the U.S. alone was around 100,000,000,” Klem said. “So you need literally 333 Exxon oil spills to equal that number. But nobody’s talking about windows.”

Klem estimates the mortality figures today to be around 1 billion birds a year. Numerous reasons contribute to the issue being left in the dark, Klem said, including the architectural community’s reluctance to address it. Klem said that people told him he was fighting an unpopular fight when he began research.

“When I first started studying this, I met up with a highly regarded conservationist who said, ‘You go mucking around with how I look out my windows, let alone everyone else, you’re going to lose,’ ” Klem said.

Although there has been progress since his research began, Klem said there still isn’t a significant amount of awareness on the issue. Klem said he feels like an educational failure, even after having studied the subject for so long.

Klem’s research has led to several U.S. patents for window films that birds can detect yet humans do not. He labeled these as short-term solutions, with the long-term solution only possible if the issue is addressed by the architectural community worldwide.

“The architects really are the key here,” Klem said. “They are creative people, and we would like them to be part of the solution and use their creativity to help the situation. I’m just a simple scientist.”

Klem does everything he can to spread the word about the issue, including a book he is working on getting published. Although the topic has come up more frequently in recent years during the seasons when large aviary populations migrate, coverage quickly ends, Klem said.

“Here you have these victims that are so useful to us, so innocent, and the killing is unintended and unwanted,” Klem said. “But we’re not doing our best. They don’t have a voice, so that’s what I’ve been trying to do: give them a voice.”

The Brown Bag lecture Tuesday, July 17, will be Klem’s first time speaking at Chautauqua, and he said he always jumps at the chance to shed light on the issue.

“I take every opportunity,” Klem said. “It doesn’t matter how many people show up or if my schedule permits it. The cause is still worthy, the birds still deserve it. As long as I’m alive and breathing and I can get there, I’ll do it.”