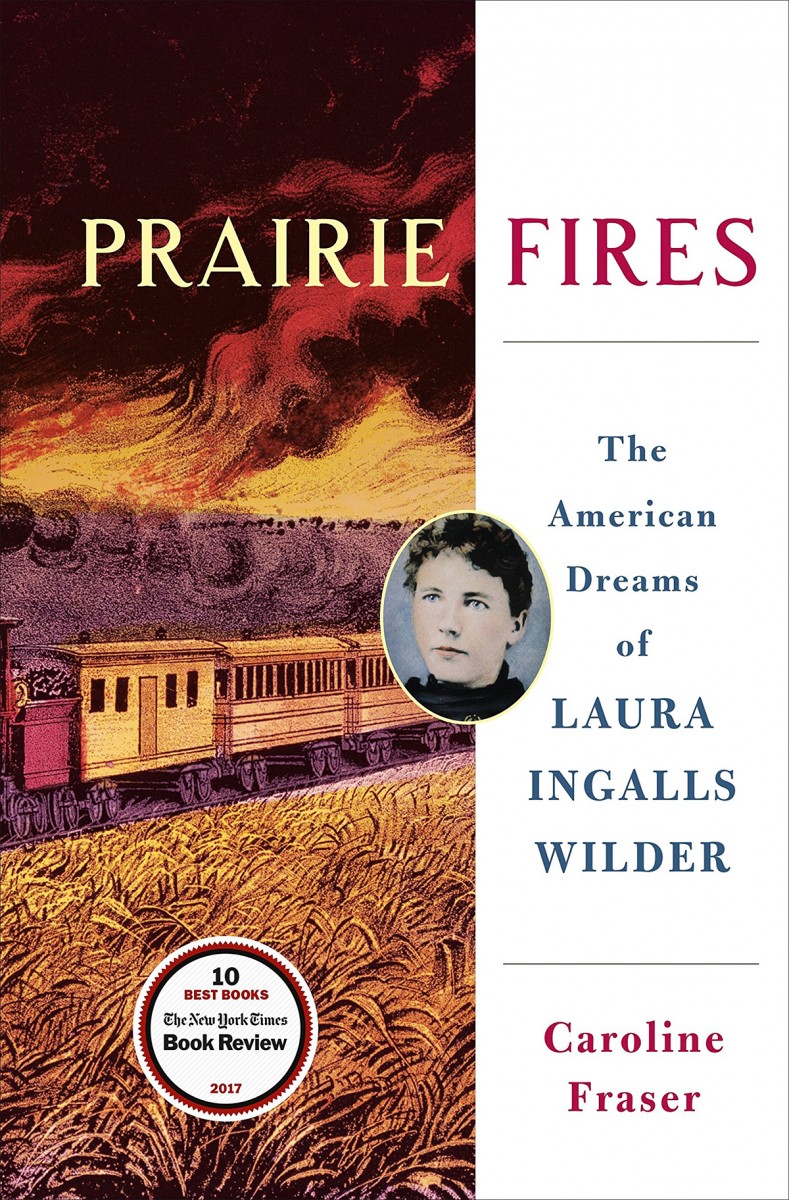 The iconic frontierswoman and children’s author Laura Ingalls Wilder was in her 60s before publishing Little House in the Big Woods.

Week Two’s Chautauqua Literary and Scientific Circle selection, Prairie Fires: The American Dreams of Laura Ingalls Wilder by Caroline Fraser, tackles the theme of “American Identity” from the perspective of a pioneer woman who helped craft it.

“This is an opportunity for us to talk about the ways the things we read as young people have a lasting impact on our imaginations and inform our sense of history,” said Dave Griffith, vice president and Emily and Richard Smucker Chair for Education.

Fraser will discuss Wilder and her legacy at 3:30 p.m. on Thursday, July 5 in the Hall of Philosophy. Because Little House on the Prairie is a CLSC Young Readers Week Two selection, Fraser will also lead a discussion with young readers at 12:30 p.m. on Friday, July 6 in the Poetry Makerspace.

Griffith said the biography, coupled with Fraser’s CLSC Young Readers visit, will “help frame our love for this book and for these stories (and) help us understand why we love them and how complicated that love is.”

Prairie Fires follows the life and work of Wilder from her birth in 1867, to her legacy in the modern era. Fraser places Wilder, and the Little House stories, in their historical context, unveiling truths about homesteading — truths Wilder’s stories merely wink at.

“There are aspects of the way we have defined ourselves as a people that are based on a shaky sense of history,” Fraser said. “The more we know from history, in all its specific reality, the better decisions we’ll make about the future.”

Through this history, Fraser demystifies the “mythology” of the American dream, according to Atom Atkinson, director of literary arts at Chautauqua. By overlaying Wilder’s life and stories with the history of Manifest Destiny, the Minnesota massacre and the challenges of farming, Fraser contradicts the romanticized love pioneers had for land, self-sufficiency and success.

“The more we know about what these people actually faced … and how so many of them failed in pursuing this ideal of the American farm, the more we need to question some of the basis of the fantasies of these dreams,” Fraser said.

For her work in Prairie Fires, Fraser received the 2018 Pulitzer Prize and National Book Critics Circle Award and was one of the New York Times Book Review’s best books in 2017.

“Fraser very subtly points the reader to acknowledging a lot of the illusions that were involved in constructing certain aspects of the American identity for these homesteaders,” Atkinson said. “The book is a real opportunity for us not to dismiss our hopes and dreams.

Prairie Fires is a story about tension. Relationships between land-farmer, mother-daughter and dreams-reality underlie the biography and the series.

For example, the Little House books are a byproduct of the problematic relationship between Wilder and her daughter, Rose Wilder Lane. Wilder possessed the memories and the pen, but Lane knew the publishing industry. She edited her mother’s manuscripts accordingly.

Lane, not her mother, was the first Wilder to be a CLSC author; her book, Free Land, tackled the theme “America” in 1938. There is no record of either woman having ever visited Chautauqua.

Another tension is between fact and fiction.

“The correspondence between what was fraudulent and what was true is what is revealing to us about not only American identity, but the way we can manufacture it,” Atkinson said.

Fraser said many readers have the impression that the Little House books are autobiographical. Although that is partly true, they have always been sold as fiction. As adults, Fraser said, readers understand Wilder’s books to be a “simplified expression of her experience” as a frontierswoman.

“Readers who discovered the books as kids do have that sense of re-orienting themselves when they read the books as an adult,” she said. “Many people had not realized how much more difficult her real life was from what she described in the books. The books all have happy endings, for example. And life is always more complicated than that.”

Both Wilder and Lane emphasized the books’ truth, which Fraser said was their way of establishing the books as parables for real life, self-sufficiency and self-reliance.

Wilder had a keen sense of her craft, reaching into her early memories to weave the narrative she envisioned.

“It was incredibly important for her to preserve her stories and her father’s stories. … I think that writing the books was her way, later in life, of recapturing some of her fondest memories,” Fraser said.

Parenting is a fundamental theme throughout the story. Prairie Fires is framed by a shift in parenting: the biography begins with a young Wilder rebelling against her parents and switches to Wilder as a strained mother to the irreverent Lane.

“The Little House books are one of our most extraordinary works of literature about family life and about domestic life, and they convey this wonderful warm sense of family in which everybody has a role and everybody is helping each other in fulfilling those roles,” Fraser said. “The kids do work alongside the parents, but there’s always a sense of their living a life that is bounded by a sense of security and stability.”

Upon learning the truth about the Ingalls family’s poverty, Fraser said readers realize the sense of security Wilder portrays is never quite true. Despite the stories’ depictions of parents as providers, the Ingallses constantly flirted with economic disaster.

Fraser pointed to a “melancholy” moment when finances force the Ingalls family to move, leaving yet another little house alone on the prairie.

“It doesn’t really have to do with their physical situations, but that sense of warmth and sweetness that they share,” Fraser said. “There’s always an emphasis on cleanliness, sweeping the floors and making the space sweet and clean.”

Prairie Fires takes the importance of homemaking to new heights, as an adult Lane spends her life trying and failing to create a home for herself.

“Rose becomes obsessed in her later life with building house after house, renovating again and again, trying to achieve some sense of stability in her own life and always, I think, failing,” Fraser said. “That’s such an interesting comparison to the image they created in the Little House books.”

The Little House books made headlines last week, as the American Library Association announced it was renaming the Laura Ingalls Wilder Award to the Children’s Literature Legacy Award, largely due to the very prejudices and stereotypes detailed in Prairie Fires.

“I do think that this is a great moment to go back and look at the books and talk about them and debate them and learn about the history behind them,” Fraser said, “because all of those issues are so important, and I think that librarians are aware of that.”

In the CLSC Roundtable, Fraser said she will discuss the legacy of Wilder and the evolution of reputations.

She said this is the perfect moment to re-examine the history behind the beloved children’s series.

However, this is not a new invitation. This questioning dates back to the 1950s, when Wilder’s editor asked her to re-evaluate some of the scenes and terminology that were “disturbing” to her readers. Fraser mentioned the minstrel scene in Little Town on the Prairie as one example of this.

“This process began decades ago,” Fraser said. “And I think it’s just now finally kind of playing out in a new era in which we take these things more seriously and look at their actual effect on people, on readers, and especially on children.”