“How can they do headstands for so long?”

This critical assessment came not from Thursday night’s Pilobolus concert and not from me. Rather, a not-quite-4-year-old posed the question — a bit louder than she perhaps should have — a day earlier, in the middle of the dance troupe’s free concert on Bestor Plaza.

“Come to Your Senses,” the Thursday, July 19, performance, was devoid of headstands. But as is so often the case with this influential company, it offered abundant opportunities to say or at least think, “How can they …,” followed by a seemingly endless number of verbs.

It should be said that “Come to Your Senses” had several more languors than “Pilobolus Maximus,” Tuesday night’s Pilobolus show. The strenuously wacky “Eye Opening,” which used audience interaction and all sorts of audio-visual gimmicks to explain the evolution of the eye, seems primarily designed to keep science classes from falling asleep. Programming 1997’s all-male “Gnomen” right before a new all-female trio, “Warp & Weft,” was ill-considered: The fellows may be more hostile and the women more playful, but both dances carve out room for acrobatics that are as narratively superfluous as they are technically impressive. (It was no surprise to see three stagehands wipe the Amphitheater stage free of sweat after “Gnomen.”)

And while a case can be made for the use of interstitial films to keep audiences entertained as each new dance is set up, the Amphitheater screens were lowered during the final moments of both “Gnomen” and “Warp & Weft,” creating an unnecessary and unwelcome distraction.

Nearly all was forgiven, however, after 1980’s “Day Two,” which made up the entire second half of the program and added the formal complexity and heft that had thus far been missing. (It helped that the ethereally funky score by Brian Eno, David Byrne and the Talking Heads offered far more melodic complexity than nearly any other music in either program.) Moses Pendleton’s ritualistic choreography builds in a Pilobolusian way off the workaday steps of such 1960s innovations as Judson Dance Theater: The moves look like things you or I might be able to do, just taken to superhuman extremes by phenomenally gifted performers.

Those performers had been ubiquitous on the Chautauqua grounds, reminding us just how human they are. I saw a few of them wave to individual audience members before the concerts. Thursday’s July 19 master class was a model for engaged, information-packed, affirming tutorials in making art and then making it better.

That free Bestor Plaza concert? At least three of the performers were still out there talking to well-wishers in the midday sun a full hour after the performance. And that not-quite-4-year- old, the one in awe of the headstands? She got high fives from two of the dancers. Since then, she has performed at least a half dozen “Pilobolus shows” on our porch. For some reason, she always closes her eyes during these shows. By contrast, my own eyes — thanks to the Pilobolus dancers’ time and their enthusiasm and their ability to simultaneously make dance look like a miracle and a thing that anyone can do with practice – are wide open in a way they had not been before this week. 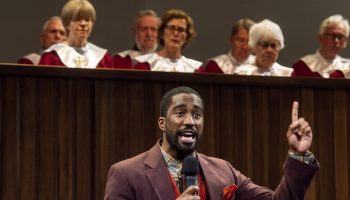 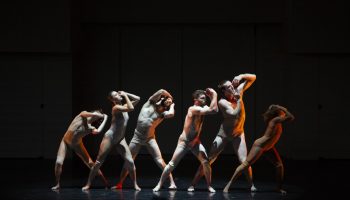 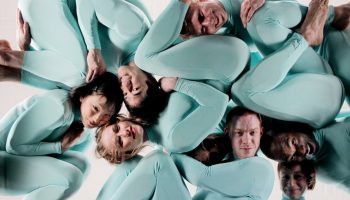