The Bird, Tree & Garden Club celebrated the anniversary of the Arboretum’s original 1917 dedication on Sunday, July 8. The land was originally donated by Bird and Tree Club founder, Henrietta Ord Jones, whose cottage sits catty-corner from the Arboretum to this day. The Arboretum acted as the outdoor nature classroom the club needed for educational goals and programs.

The re-dedication took place on location as Angela James, BTG president, began the ceremony by honoring four women with specially designed markers the honorees could place anywhere they chose in the Arboretum.

Betsy Burgeson, supervisor of gardens and landscapes, whom the BTG consider a mentor, was honored for her work in renovating the Arboretum.

Susan Brandse, daughter of former BTG president Helen S. Davis, was also honored. Brandse’s family donated the new signage for every tree and plant in the Arboretum in Davis’ honor.

Rosemary Rappole was integral in bringing the BTG’s upcoming House and Garden Tour over Thunder Bridge. Thursday’s will be Rappole’s third tour for BTG, and the first to include private gardens around the grounds.

Maureen Rovegno, director of religion at Chautauqua Institution, was bestowed with the honor of perennial pastor.

As part of the re-dedication, Rovegno read Psalm 1, originally read by Dean Shailer Matthews, director of religion at the time of the Arboretum’s original dedication. The psalm reads that those who delight in the ways of God “are like trees planted by streams of water, which yield their fruit in its season, and their leaves do not whither. In all that they do, they prosper!”

In addition to the newly installed plant markers, the Cooper family donated three plant markers from the original dedication of the Arboretum.

Power, purpose of comedy to be captured in week’s Tallman Tracker recital 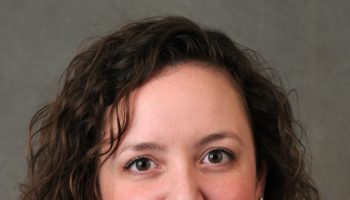