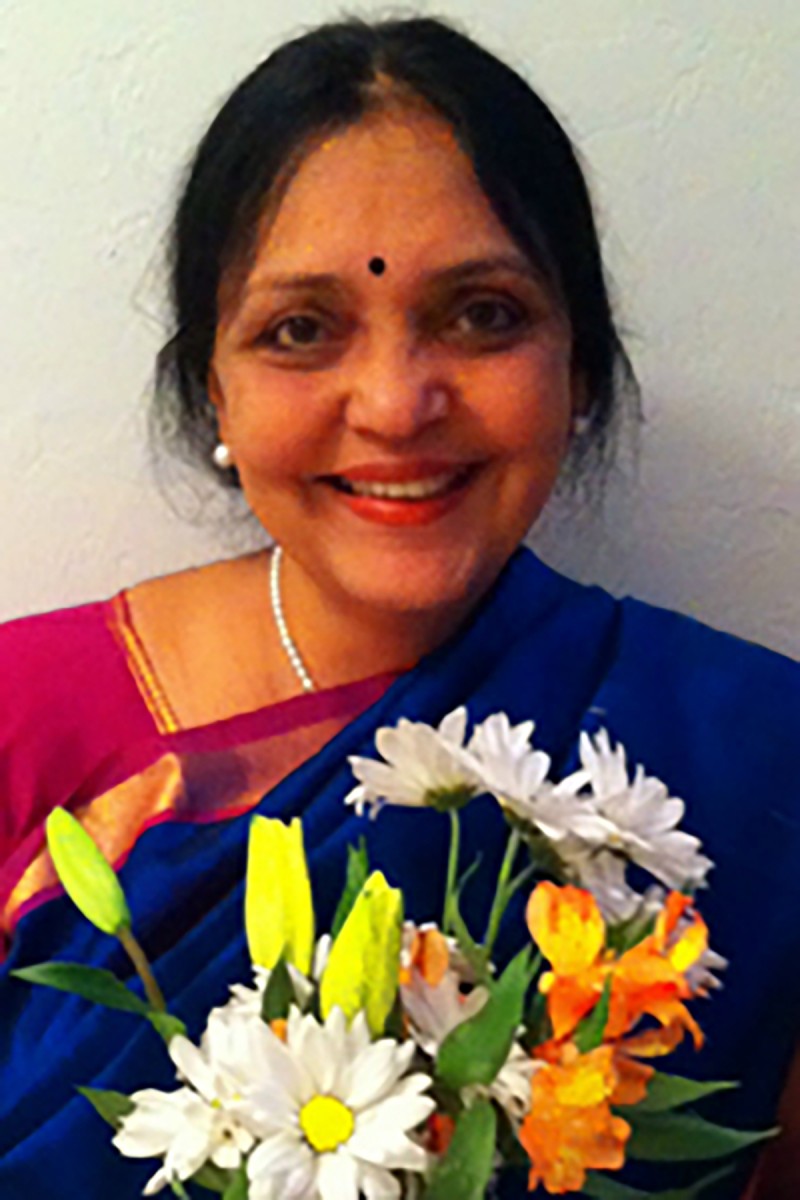 When Vasudha Narayanan was 15 years old, she began reading books about Indian history and religion, and she was immediately captivated by the material. What was equally as exciting was that the authors were from Germany and Australia and had come to know Indian culture through their research.

“I was very interested in things to do with world religions from the time I was 10 or 12 and didn’t know that was a branch of study,” she said. “Then I read these books, and I realized there was actually an area I could study. … There was this whole area that fascinated me.”

At 2 p.m. Friday, July 13, in the Hall of Philosophy, Narayanan will have the opportunity to discuss her passion for studying world religions, particularly Hinduism, during the Interfaith Friday Series. Narayanan will represent the Hindu faith while engaging in interfaith dialogue with the Rt. Rev. V. Gene Robinson, Chautauqua’s vice president of religion.

“At any time, it is crucial to understand each other,” she said. “Today, it’s absolutely necessary. I think through the interfaith dialogue we discover ways in which other people live, and when I say other people, these are people next door.”

Narayanan, a distinguished professor at the University of Florida and past president of the American Academy of Religion, believes in breaking down barriers that divide the world’s religions. An ideal vehicle for this change, she said, is educational institutions.

As a student at Harvard, Narayanan said she took the opportunity to study a multitude of religions.

“That was the joy of being at Harvard, because I was in this place called the Center for the Study of World Religions,” she said. “I took courses on the New Testament, formative aspects of the Christian Church, Islamic architecture and Buddhism.”

As a lifelong learner and teacher, Narayanan said she is excited to engage in discussion at Chautauqua. However, she also recognizes that interfaith work can assume many forms.

The goal of interfaith work, she said, is ultimately to celebrate religious differences and draw closer to those of other faith traditions.

“When you meet someone or when you know someone personally of a particular faith, your prejudices dissolve,” she said. “Then they are no longer the other — they are your neighbor.”

During her fifth visit to Chautauqua, Narayanan said she is excited to share her faith and ideas in an open-minded atmosphere.

“To say it’s an intellectual and aesthetic Disney World is to do it an injustice,” she said. “It’s so calm and peaceful, and it leads you so gently into thinking about so many different things which people are presenting from multiple perspectives.”