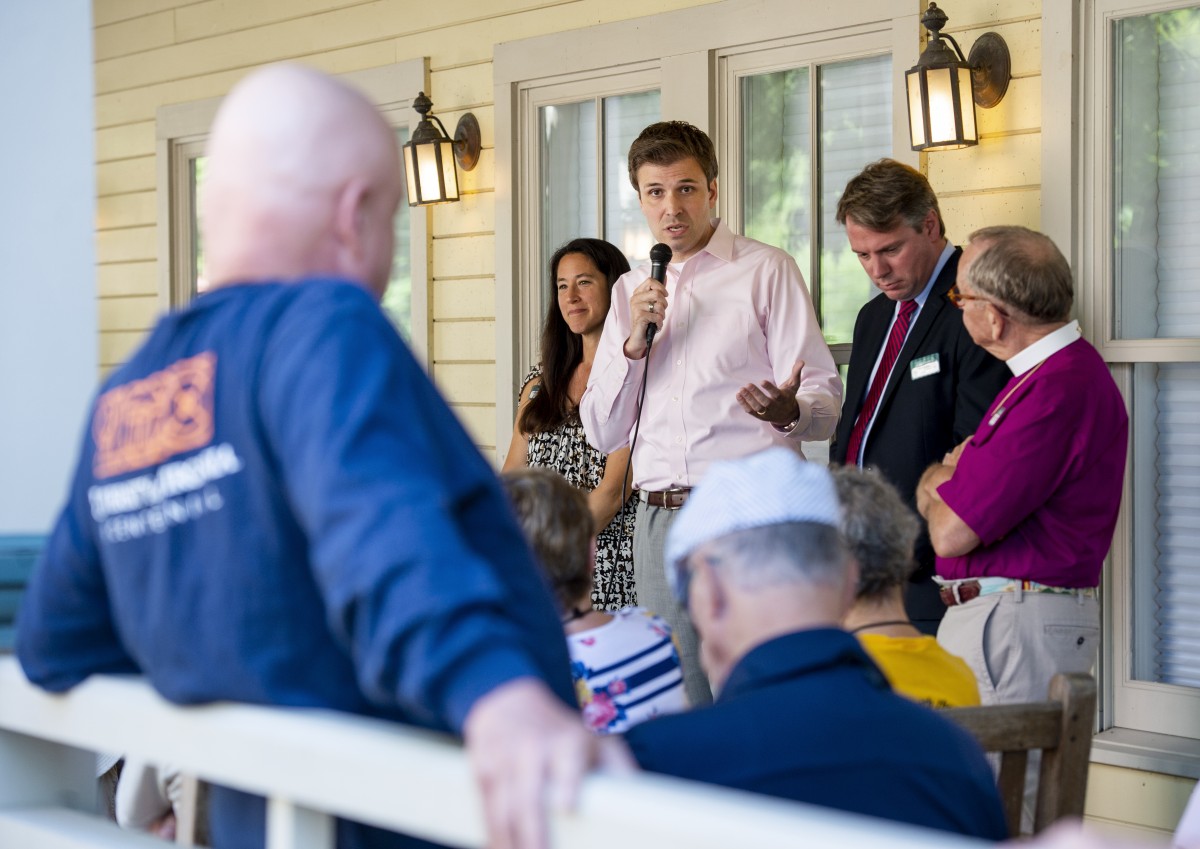 Institution leadership took the stage at a Leadership Porch Discussion Wednesday at the Hultquist Center to discuss the upcoming season in a program titled, “Looking Ahead to the 2019 Program.”

Ewalt began the discussion by recognizing the work that all of the administrators have done within their own teams and with one another.

“We are very dedicated to the success of our own teams as well as the other teams, as we do a lot of cross-collaboration when organizing a season’s themes. A multidisciplinary place like this lends itself to innovation, and we are all very cognizant of that as an interdepartmental team.”

Ewalt said that during the theme development process, which can begin two or more years in advance of the season, the team members have to consider what they think might be relevant during that season, how they can gracefully connect themes across many of the departments and, perhaps most importantly: “What themes have the potential to put Chautauqua in a conversation, both with the outside world and within the community?”

Ewalt and his team members are also interested in creating threads from season to season so that each summer does not exist in isolation, but builds on conversations from the past. Robinson took the microphone to deliver a similar praise of the group before he began discussing the religious programming of the 2019 season.

During the 2019 season, the Department of Religion speakers will discuss the weekly interfaith theme through a more theological lens. Some of the discussions will include “The Search for the Historical Jesus” during the National Geographic partnership week, “What’s so Funny About Religion?” during the week in partnership with the Comedy Center, and a deep dive into how the Bible reveals race during the week of “Exploring Race and Culture.”

The Department of Religion has also invited a rabbi to speak about specific teachings and understandings of the Old Testament during the 2019 season.

“We are trying to move in a more interfaith direction, and it would be just ludicrous to not have a speaker involved in the Jewish faith, from which, of course, (Christianity) sprang,” Robinson said.

Moore took the stage to discuss the performing arts part of the 2019 themes, the most significant one being the decision to use Wynton Marsalis and Jazz at Lincoln Center as the keystone to the final week, “Exploring Race and Culture.”

Marsalis will be performing “The Ever Fonky Lowdown,” a comedic piece of language that tackles issues of race both within the country and worldwide. During that week, the Chautauqua Symphony Orchestra will be performing with Jazz at Lincoln Center Orchestra in Marsalis’ second full performance of “The Jungle” in the United States.

For youth programming and the literary arts during the 2019 season, Griffith discussed several initiatives he and his team have been working toward, with the goal of expanding programming to include all ages and helping young adults think critically about the weekly themes and bring those conversations to their own outside communities.

“We want to answer the question of ‘How do you go forth from this place, back into your communities with the experiences you have had here and allow that to direct your future thought process?’ ” he said.

He spoke about the new programs that will continue in the 2019 season, including Boys’ and Girls’ Club Plus, which allows clubbers to attend regular Boys’ and Girls’ Club from 9 a.m. to noon and then attend a Special Studies course created specifically for them after lunch; the Young Writer’s Institute for 14- to 18-year-olds to hone and expand their writing interests; and new Pier Club initiatives such as evening dances and hang-out areas.

“We need more robust programming for these kids,” Griffith said. “We want to help young people connect and engage in these weekly themes.”

Griffith plans to develop a theme for the young adults next year that is engaged with the new Poetry Makerspace, which he said will be titled “Poetry and Science.”

The Leadership Porch Discussions take place every Wednesday morning at 9:30 a.m. on the Hultquist porch. Next week’s discussion, led by Robinson, will be on “Community and Interfaith Dialogue.”

For a listing of 2019 dates, weekly themes, and confirmed programming, see the “At a Glance” insert in this edition of the Daily.