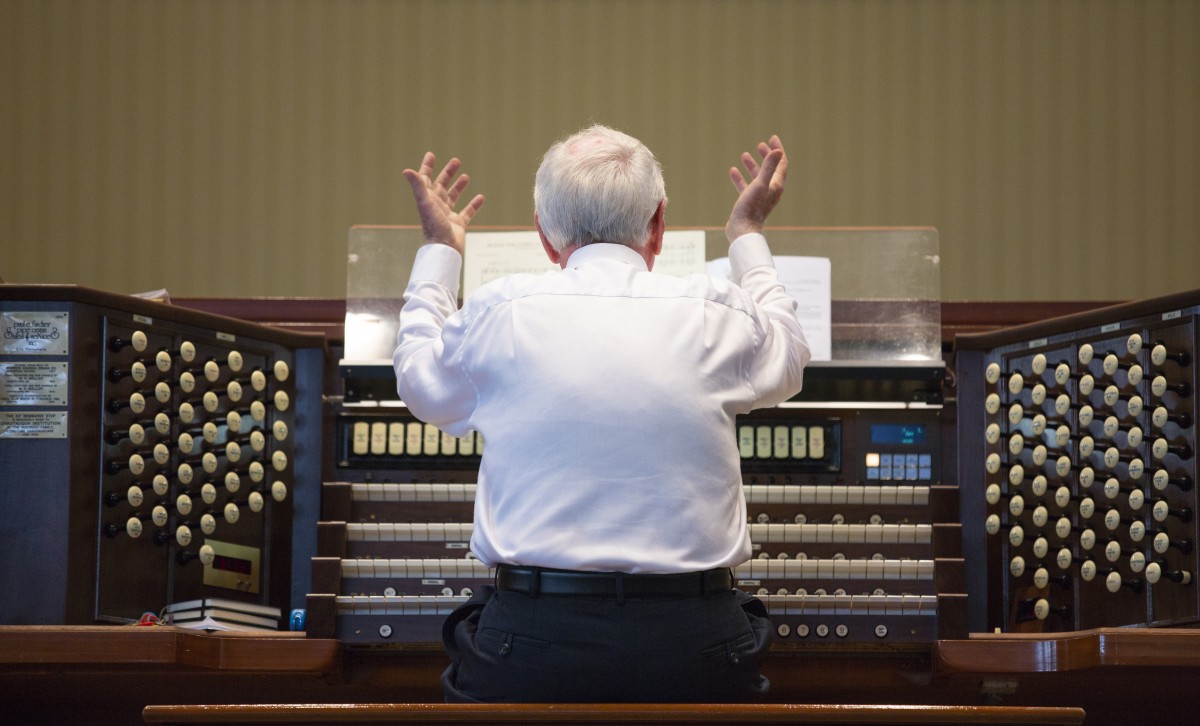 In the 19th century, French organ builder Aristide Cavaillé-Coll rose to prominence as a master of his craft. Cavaillé-Coll traveled around Europe building organs capable of filling large cathedrals and concert halls with rich sound, a task no other organ builder had yet mastered.

“Cavaillé-Coll had a sense in his ear of what organs should sound like musically, but he also had the mechanical genius to figure out how to make it work,” said Jared Jacobsen, Chautauqua’s organist and coordinator of worship and sacred music. “He became the greatest builder in the world of organists, and he was in great demand. Some of his pipe work made its way to the United States because it was very distinctive.”

At 12:15 p.m. Wednesday, July 25, in the Amphitheater, Jacobsen will present “The Mighty Widor 5th” on the Massey Memorial Organ. This mini-concert is a tribute to both Cavaillé-Coll and French composer Charles Widor, who wrote a total of 10 symphonies for massive Cavaillé-Coll organs. Jacobsen will play the entirety of Widor’s fifth symphony, which includes five movements total.

Widor composed his Symphony for Organ No. 5 while working as the provisional organist of the Church of Saint- Sulpice in Paris. Widor’s organ included five keyboards, a signature Cavaillé-Cole design that he believed allowed solo organists to act as symphony orchestras.

“This is a strange collision of ideas because you have the organ as a symphony orchestra and these gigantic buildings that you’re filling with sound,” Jacobsen said. “The building stones themselves are just shaking, and the organs work by moving a lot of air around your ears.”

Widor’s fifth symphony begins with the “Allegro Vivace,” a movement that Jacobsen called “scholarly and smooth.” The middle of the composition adopts a slower speed but still carries the audience through the music, creating an effect Jacobsen said is both soothing and enticing.

“It’s like a gigantic jewelry setting for the last movement,” he said. “Within the movement there is everything you would do if you set out to write a big-scale movement for the orchestra with lots of parts.”

The fourth movement, though short, plays with the organ’s traditional purpose by switching the roles of the organist’s hands and feet.

“It’s only two pages long, and it’s the most amazing writing,” Jacobsen said. “The feet on the organ normally play low notes, and then one of your hands plays a high note while the other hand fills in the blank in the middle. But this slow movement has the hands playing the low sounds and slow chords. Then in comes the tune played by the feet. It’s got all the ingredients, but they’re just scrambled.”

Finally, the movement arrives at the “Toccata-Allegro,” a grand finale piece Jacobsen has played for decades at Chautauqua.

“It’s the piece that is my signature here,” he said. “It’s the piece with which I close every Friday morning worship because people want to hear the organ go full tilt.”

The “Toccata-Allegro” is characterized by what Jacobsen describes as “perpetual motion,” meaning it pushes the organist to maximize the ability of the hands and feet. In effect, the entire space is consumed by sound.

“It is like a perpetual motion machine — the hands have running movements and the feet have a big tune that you thunder out,” he said. “It just takes your breath away because all of this sound is vibrating around you.”