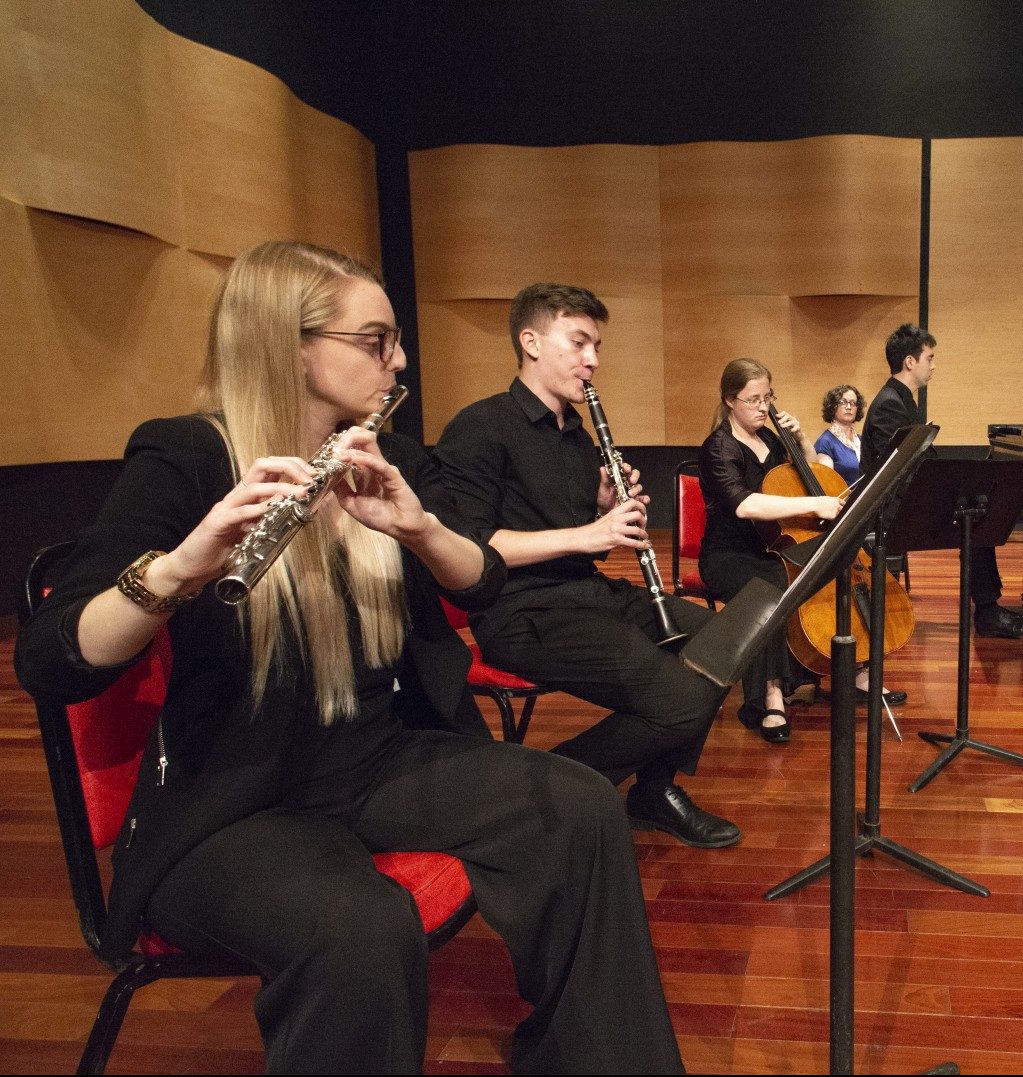 In Phase One, many MSFO students played quintets, collaborating with piano students. Some of the MSFO members performed with vocalists in the vocal chamber music recital.

According to Arie Lipsky, chamber music chair, the instrumentalists were very busy, rehearsing for both chamber music and MSFO concerts in Phase One. Therefore, most chamber groups performed a movement or two of their repertoires.

In Phase Two, all other MSFO activities and rehearsals will stop for about 10 days, Lipsky said, to allow students to concentrate on their performances.

“We do a very concentrated, intense chamber music camp, in which the expected coaching is to be on a daily basis, and in Phase Two, for instance for the strings, we explore the repertoire of the string quartets,” he said.

Lipsky said there would be about 10 strings quartets, with woodwind quintet, brass ensembles and percussion ensembles.

“Everybody will concentrate on their own family,” Lipsky said. “And they love it because they are practicing every day and the expectation is, in some cases, they perform the entire piece.”

Schubert’s String Quartet in A Minor will be performed by violinists Justin Li and Ashley Whittle, violist Erin Tang and cellist EunSeo Kim.

Morning Worship: Our vocations are a gift from God for the world, Rev. Skye Jethani says