Though religion in Russia never truly disappeared, not all faith traditions were welcomed. Under Soviet control, there was a definite line between accepted beliefs and oppressed religious minorities.

At 2 p.m. Wednesday, July 18, in the Hall of Philosophy, Ori Z. Soltes will outline Russia’s religious divide in his lecture, “God within the Godless Soviet Union: Majorities and Minorities.” Soltes is the Week Four interfaith speaker for the theme. “Russia and its Soul,” and a professor at Georgetown University. 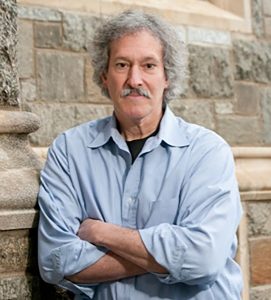 Soltes’ third lecture will focus on religion during the reign of Joseph Stalin through Mikhail Gorbachev, which encompasses the majority of the Soviet era.

Stalin, who Soltes said is considered to be “the most secular of rulers,” openly praised a Russian religious icon, the Mother of Kazan. Stalin believed this icon to be a powerful symbol of protection.

While Stalin accepted this Russian Orthodox icon, he also used his authority to silence other religions and to control artistic expression.

“When Stalin takes control, only Soviet, realist and socialist art is permitted, which means artists who want to work in a different sort of mode have to do so in secret,” Soltes said. “A number of those artists who do this stuff in secret happen to be members of minorities, in particular the Jewish minority.”

The connection between art and religious minorities is a prevalent part of Russian history, Soltes said. There were a number of Jewish artists during this period who felt silenced by communist rule and channeled their emotions into their art.

During this period, the Jewish people were the most affected minority, Soltes said. This stemmed from the belief held by many Russians that Jewish people are borne of a “nation out of religion,” meaning they belong in a separate, wholly Jewish country.