This week, the Chautauqua Writers’ Center aims to transfigure scribes into wizards and workshops into playgrounds.

The workshops this week will be held by poet-in-residence Rajiv Mohabir and prose writer-in-residence Megan Stielstra. Both writers will read their work at 3:30 p.m. Sunday, July 8 in the Hall of Philosophy, followed by a book signing. 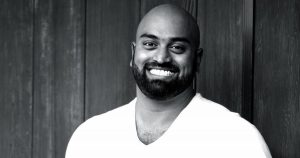 Mohabir’s class, “Poetry and Surprise: The Art of Play,” focuses on recapturing the sense of magic and wonder that inspires children’s imaginations. Through language experiments, word play and a consideration of joy and surprise, Mohabir hopes to transform writers into wizards of the written word, from drafting to revision.

“Through the generative exercises that we do in the course that are related to the poems that we read, we’ll push the boundaries, the writing habits that most people have, to connect to the subconscious mind and stretch the imagination,” Mohabir said.

Mohabir is an assistant professor of poetry at Auburn University and the author of poetry collections that include The Taxidermist’s Cut, a Lambda Literary Award finalist, and The Cowherd’s Son, the Kundiman Prize winner.

“Connecting back to the original intention of expressing wonder, that’s something we’ve kind of put to the side,” he said, “just because the literary world is competitive and people are trying to make careers.”

Mohabir uses the term “magic” to describe the indefinable sense of love and wonder that people have for writing and poetry. He said this magic, which he and his students will work to uncover, is compulsory, like a “silent pull.”

“I hope (students) come away with a renewed understanding that they haven’t lost their sense of wonder,” he said. “That’s something that’s always with them.” 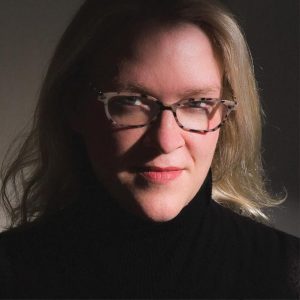 Stielstra’s prose workshop is titled “Not in Your Head But Your Bones: Writing the Personal Essay.” Drawing from performative and theatrical techniques, students will explore new ways to tell stories. Through oral storytelling and experimentation, the workshop will help students reinvent their approach to writing personal essays.

“It’s a whole new level of wrestling with an idea, and … it’s really connected to the idea of play,” Stielstra said. “That’s not something we give ourselves a lot of space for right now. That’s a focus I try to make in all of my workshops.”

Stielstra’s writing has appeared in publications such as Best American Essays, The New York Times and Longreads. She has authored three essay collections, The Wrong Way To Save Your Life, Once I Was Cool and Everyone Remain Calm. She is an artist-in-residence at Northwestern University.

Stielstra learned the craft of storytelling from behind a bar.

Early in her career, as she was falling in love with Joan Didion and Toni Morrison, Stielstra picked up bar shifts, so she could take writing and teaching gigs that paid little to nothing.

“I started to notice the way people were telling me stories. Because they had to keep my attention behind the bar, they were using really similar techniques as all of these great classic novelists I was reading,” Stielstra said. “You can sit with The Tell-Tale Heart by Edgar Allan Poe, and you can line up those techniques directly with someone who’s had a drink or two or five and is sitting there at your bar.”

Stielstra hopes to “complicate” students’ conceptions of play, the writing process, storytelling and problem-solving. Students, through this playful and experimental approach to storytelling, will leave with new tools for writing with urgency.

She said the personal essay, at this moment in history, is critical.

Both writers will give Brown Bag lectures this week. Mohabir’s lecture is at 12:15 p.m. Tuesday, July 10  and Stielstra’s is at 12:15 p.m. Friday, July 13, both at the Literary Arts Center at Alumni Hall. Stielstra will also lead a weekend intensive, “Everybody Stand Up: Performance in the Writing Process” on July 14 and 15.