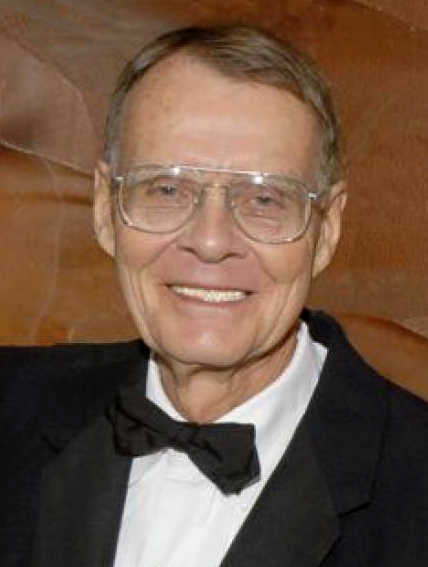 Entrepreneur, philanthropist and Chautauquan David Colvill Lincoln lived by the Golden Rule: Treat people as you would like to be treated.

“He had a lifelong belief that good ethics is good business,” said Katie Lincoln, Lincoln’s daughter and a former member of the Chautauqua Institution Board of Trustees. “He wanted to figure out ways to have people understand that, learn about it and express it in their everyday lives.”

Lincoln practiced the Golden Rule in business and everyday life until his passing on March 16 at the age of 92. He owned and was active in many businesses, including Lincoln Laser Company and Lincoln Electric Company, in addition to helping establish Claremont Lincoln University and supporting organizations like Arizona State University and Chautauqua Institution through philanthropy.

“He loved the creation of businesses and putting people to work,” said Tom Becker, former president of Chautauqua Institution. “He was constantly curious about how things worked. One of the things that I loved about him was that every conversation with him was vigorous; there weren’t any passive lines.”

He was also a very caring and genuine person, according to Katie Lincoln.

“He was always one of the most considerate people I had ever known,” she said. “(He) really went out of his way to make sure that people’s feelings were considered and cared for. And he was always fair.”

Lincoln was born in Cleveland, Ohio, and visited Chautauqua Institution every season with his parents. His father, John Cromwell Lincoln, was at the Institution during the first assembly in 1874 with his parents. Lincoln Park, near Janes, was created as a memorial for Lincoln’s great-grandmother, who was a physician.

Lincoln continued the family legacy at the Institution by bringing his own family every season.

“My father often said that he never missed a summer,” Katie Lincoln said. “When we lived in Cleveland, we were (at the Institution) for about a month (every summer).”

While Lincoln commuted to the Institution for much of that time, Katie Lincoln and her siblings would stay with their grandmother, who had a house by the Chautauqua Fire Department and down by the lake.

Throughout his life, Lincoln supported the Institution in numerous ways. He donated to the Chautauqua Fund, contributed numerous endowments — including the maintenance of Lincoln Dormitory, established by his parents — and established the Lincoln Applied Ethics Series in 1997.

Before his passing, Lincoln funded an endowment of $1 million to sustain the program going forward.

In conjunction with the Lincoln Applied Ethics Series, he funded the presence of professors associated with ASU’s Lincoln Center for Applied Ethics that he and his wife, Joan Lincoln, helped establish in 1998. The center is “a hub and catalyst for research that advances a broad understanding of ethical behavior,” according to Thunderbird School of Global Management, with professors from multiple fields that include ethics in their studies.

“Chautauqua offered an opportunity to bring ethical issues to a wider audience that could have civil discourse around the issues of ethical behavior,” Katie said. “He viewed that as an opportunity to expand his thinking about the ethical programming that he wanted to support.”

Although Katie Lincoln acknowledged that the Institution had included ethics in its programming before the Lincoln Applied Ethics Series began and still does today, she said the Lincoln series was the first ethics-focused program to be introduced.

Becker recognized the significance of the Lincoln Applied Ethics Series and said ethics should be a core theme of the Institution’s entire programming.

“If we do it right, our entire season is about the application of ethics,” Becker said. “That’s part of what David and I talked about all the time. … He also thought it was important, every so often, to put a real title on it so that people come in with an understanding that this is what we’re after.”

Yet Lincoln did not want his influence to be contained in the Institution. He hoped that Chautauquans would spread the importance of ethics outside of the grounds.

“What he really wanted was for people to leave Chautauqua with a more vibrant commitment to observing how they behave and about framing, not only their own, but their families’ and their communities’ approach to civil interaction,” Becker said.