In May 1997, Jon Nakamatsu was a German teacher. By June, he was an internationally known concert pianist. 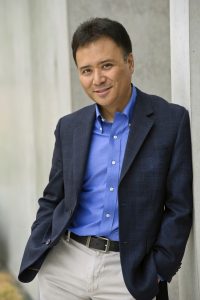 That’s because in June 1997, Nakamatsu won the prestigious Van Cliburn International Piano Competition. It changed Nakamatsu’s life forever. In addition to international notoriety, his winnings included a debut recital at Carnegie Hall, concert tours, two years of professional artist management and a record deal. His career as a concert pianist had officially begun.

“Getting to the competition was amazing. Winning was completely unexpected, but the next day I was on tour, and it hasn’t stopped since then. That was 21 years ago.”

Nakamatsu would find his way to a performance career in circuitous fashion. He never went to a music conservatory — instead, he chose to attend Stanford, where he would earn degrees in German and education, making him an unusual victor for a major piano competition.

“(I went to Stanford because) I understood that a performance career may never happen, despite my best efforts,” Nakamatsu said. “It’s a business, and you have to break into it somehow.”

During his time at Stanford, Nakamatsu kept up his piano studies with his life-long teacher, Marina Derryberry. Derryberry, he said, was the kind of teacher that could teach a student their first notes at age 6, but also prepare a young concert pianist for a major career.

“That is, I think, the most rare kind of individual on the planet,” Nakamatsu said. “She was there at my first lesson, and she accompanied me to the Van Cliburn Competition 20 years later. It was an amazing journey.”

Now, as a artist-in-residence for Chautauqua’s Piano Program, Nakamatsu acts as a mentor for the next generation of pianists. He brings a unique perspective because of his non-standard path, and he tries to impart upon his students that there’s no prescribed path to a career, especially in the arts.

“The hardest part about what we do is that you feel so often that you’re alone on your journey because no one understands or has experienced your personal trajectory,” Nakamatsu said. “I think that’s partially true, and it’s partially not. … If you’re open to any possibility, then a career is probably on the horizon for you.” 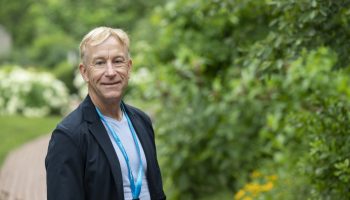 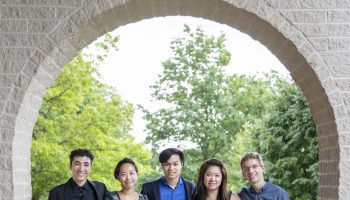