At different times and in different places, Mahatma Gandhi and Martin Luther King Jr., two of the world’s most influential leaders of social change, found the power of peace through an essay published on the premise of war.

At 2 p.m. Tuesday, July 24, in the Hall of Philosophy, Steven Conn, historian and W.E. Smith Professor of History at Miami University in Ohio, gave his lecture, “Thinking about Thoreau,” as part of the Week Five theme, “The Ethics of Dissent.”

“In this historian’s humble opinion, any discussion of dissent and the ethics of it needs to begin with Thoreau and that essay,” Conn said. “It thrills me, it challenges me and it troubles me.”

First, Conn expanded on what made Thoreau’s essay “thrilling.”

It all started on July 23, 1846, when Thoreau was arrested by a sheriff in Concord, Massachusetts, for refusing to pay his $1 poll tax. He was released after one day and one night because an anonymous friend paid his tax.

In 1848, Thoreau revisited his experience of being arrested in a lecture he gave at the Concord Lyceum. The following year, he reworked that lecture into his essay “Resistance to Civil Government”; after his death in 1862, it was renamed “Civil Disobedience.”

“That essay put the phrase ‘civil disobedience’ into common usage and unleashed it on the nation,” Conn said.

Upon its release in 1849, Conn said the essay “sank like a stone” among American readers. The essay only received a few reviews and those few dismissed Thoreau’s ideas as silly.

As an example, Conn paraphrased a review published by author and critic, John Macy, in 1913.

“(Macy said) Thoreau’s essays on forest trees and wild apples were classics to be found in a school 25 years ago, but the ringing revolt of the essay ‘Civil Disobedience’ is still silenced under the thick respectability of our times,” Conn said.

Although the essay was failing to make its mark in the United States, Conn said it had an entirely different effect outside of the country.

In 1931, Gandhi said he took inspiration from Thoreau’s work for the movements he led in India.

“Before I read that essay, I had never found a suitable English translation for my Indian word satyagraha,” Conn said, quoting Gandhi.

Conn said he conducted research to confirm Gandhi’s statement and found that the term “civil disobedience” appeared frequently in the press in the late 1930s and was “almost always in connection with India and Gandhi.”

Thoreau’s ideas also reached Denmark. In the 1940s, an anonymous member of the Danish resistance released a personal testimony on the impact of “Civil Disobedience.”

“This person, him or her, I do not know, wrote that ‘Thoreau’s (essay) stood for me and my first leader in the resistance movement as a shining light,’ ” Conn said.

In 1962, “Civil Disobedience” found its way to Israel when Martin Buber, an Austrian-Israeli philosopher, “summed up Thoreau’s meaning to the world,” Conn said.

“He noted he had read ‘Civil Disobedience’ as a young man,” Conn said, “and I quote, ‘I read it with a strong feeling that here was something that concerned me directly.’ ”

According to Conn, Buber spent much of his life wrestling with his opinion on the essay until he came to understand the origin of his feelings.

“Buber put it this way: ‘By speaking as concretely as he does about his own historical situation, Thoreau expresses exactly that which is valid for all human history,’ ” Conn said. “That’s staggering.”

Next, Conn discussed how the many layers of “Civil Disobedience” make it a challenging piece to understand.

“At its broadest, at its simplest, Thoreau uses the essay to explain why he was arrested and how he responded to it,” Conn said. “He was asked to pay his taxes, when he was asked to do so he refused, (but then) he tells us it was because he opposed the Mexican-American War.”

Although Thoreau’s resistance of the war correlated with the resistance of not paying his tax, Conn confirmed the dates of these events do not line up in the order Thoreau implied. The Mexican-American War started in 1846, but Thoreau had been refusing to pay his taxes since 1842.

“The war, in other words, the war might have prompted Sam Staples, the town sheriff, to arrest (Thoreau), but it was not actually the cause of his protest in the first place,” Conn said. “Slavery was.”

Conn said slavery was a primary motivation, specifically for “the cheerleaders for the Mexican-American War.”

“(Thoreau) brings these two issues together, slavery and the war, when he writes ‘When one-sixth of the population of a nation (the United States), which has undertaken to be the refuge of liberty, are slaves, and a whole country (Mexico) is unjustly overrun and conquered by a foreign army, and subjected to military law, I think that it is not too soon for honest men to rebel and revolutionize,’ ” Conn said.

Conn believes what makes Thoreau’s opinion on the war profound is that the foreign army he is referring to is from the United States, and the country “unjustly overrun” is Mexico.

“Now he is putting the reader in the position of Mexicans watching this (U.S) army come at you and impose its military law on you,” he said. “It is a really complex, fascinating sentence.”

Although Thoreau talked about slavery negatively, he never declared his opinion in his essay. Conn said Thoreau didn’t because he believed it was self-evident.

“Thoreau isn’t interested in persuading a reader that slavery is an evil institution,” Conn said. “He simply starts with that as a given. He doesn’t deign to entertain the pro-slavery, anti-slavery debates that swirled with such energy in those decades. It is simply beneath his contempt to engage in any protracted discussion of whether slavery is right or wrong. It’s simply wrong.”

Instead of engaging in the debate, Conn said Thoreau wanted to draw attention to the “complicity with slavery on the part of his neighbors and fellow citizens of Massachusetts.”

“There are thousands who (opposed slavery and the war), who yet in effect do nothing to put an end to them,” Conn said. “He goes on, not very kindly, about those who, ‘esteeming themselves the children of Washington and Franklin, sit down with their hands in their pockets and do nothing.’ ”

Conn believes Thoreau achieved two things by implicitly expressing his opinion on slavery. First, he made slavery the reader’s problem instead of shifting the blame to an outside party. Second, he juxtaposed opinion with action.

The motivation for Thoreau to take action was not derived from an external source, but from his own conscience, Conn said.

“Thoreau sees the individual conscience as pure and clear and unambiguous, quite unlike the workings of government, which are driven by what he calls ‘the rule of expediency,’ ” Conn said.

Lastly, Conn described the aspect of the essay that troubles him.

“It is striking to me how much of this essay is framed around negative actions, rather than positive ones,” Conn said. “The essay is still with words like ‘resign,’ ‘refuse’ and ‘recede.’ All of these imply walking away, rather than engaging with the world and with others.”

The closest Thoreau ever came to expressing a collective political goal was when he “extrapolated his own actions onto others,” Conn said.

“Thoreau writes, ‘If 1,000 men were not to pay their taxes this year, that would not be a violent and bloody measure, as it would be to pay them, and enable a state to commit violence and shed innocent blood,’” Conn said. “ ‘This is, in fact, the definition of a peaceable revolution, if any such is possible.’ ”

Thoreau’s equation is that 1,000 acts of individual “cautions” add up to a “peaceable revolution,” but Conn does not agree.

Underneath all of the issues Thoreau discussed was an underlying opinion that government and democracy were useless, and he was not alone in his stance. Emma Goldman, an activist and writer, described herself as an anarchist and claimed Thoreau inspired her ideological beliefs.

“Goldman referred to Thoreau as ‘the greatest American anarchist,’ ” Conn said. “And in her essay ‘Anarchism: What it Really Stands For,’ Goldman quotes extensively from ‘Civil Disobedience.’ ”

Because “Civil Disobedience” can be interpreted as radical right, radical left, both and neither, Conn said the radical individualism Thoreau wrote about had no goal beyond “infidelity to one’s own conscience.”

“That is the political end onto itself, not necessarily the means to get somewhere else,” Conn said.

Even with the essay’s varying interpretations, Conn said it still managed to lead political and social change in the United States.

In 1963, Martin Luther King Jr. was in a jail cell in Montgomery, Alabama, for protesting the treatment of black citizens. Before writing the historic “Letter from a Birmingham Jail,” King learned of civil disobedience through Thoreau’s essay and referenced it to his letter.

“Just as Thoreau did not use his essay simply to issue a bill of indictment against slavery, King didn’t use (his) letter to make a vigorous argument against segregation,” he said. “Instead, the letter is addressed to his fellow white ministers, and like Thoreau did to his neighbors, King took them to task for their complacency in the face of injustice.”

Conn believes King also recognized the weaknesses of civil disobedience. According to King, the main weakness was Thoreau’s failure to define what an “unjust law” is.

“That is the challenge King takes up in his letter, and perhaps the most important work that he does,” Conn said. “Almost as if he’s directly talking to Thoreau, King writes, ‘How does one determine when a law is just or unjust?’”

King offered a three-part answer. First, he suggested a just law is a man-made law that squares with or does not contradict “moral law.” Second, a law is unjust if it made and enforced by one group, but isn’t binding on that group. Third, unjust laws are laws imposed on people who have no opportunity to participate in the lawmaking process in the first place.

“Legal segregation, by all three of King’s measures, fails the test, and therefore those laws stand as unjust,” Conn said. “Not only can they be broken, there is a moral civic imperative to do so.”

Conn thinks King’s interpretation of civil disobedience changed the meaning of Thoreau’s essay for the better because it introduced the concept of turning an individual act into something collective.

“Thoreau believed that if each of us were to examine our own conscience honestly, if we were to stare at our ethical selves in the mirror without inching, we would be compelled to put them to work changing the world,” he said. “Perhaps the biggest challenge Thoreau leaves us with is how to get others to join their hands with ours. As we read ‘Civil Disobedience,’ we realize that conscience is a powerful force in the world, but conscience plus community is what can move those proverbial mountains.” 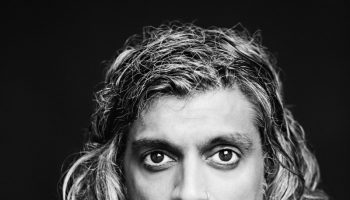