Taylor to help people understand mushrooms around them

Garrett Taylor, mycologist and professional chef, said his love for mushrooms began because he simply enjoyed eating them. Taylor will discuss this passion and teach attendees how to identify mushrooms around the grounds at 6:15 p.m. Monday, July 16, at the lakeside porch of the Youth Activities Center near Heinz Beach, in a mushroom-themed Lake Walk, sponsored by the Bird, Tree & Garden Club.

Taylor is a club mycologist for the Rochester Area Mycological Association, Western Pennsylvania Mushroom Club and the Mycological Society of Toronto. He works as a professional chef in Salamanca, New York, one of two areas in the state governed by the Seneca Nation.

Growing up in Providence, Rhode Island, Taylor found a love for nature as a result of his father’s passion for the outdoors.

“Dad always told us stories of the places he’d go and things he’d do in the wooded areas growing up,” Taylor said. “When we moved into the country from Providence, he became a little kid again, and he was a kid with me, which was pretty cool.”

When Taylor’s passion began to bloom, he was reading The Apprentice by French chef Jacques Pépin. Pépin suggested anyone interested in mushrooms become part of a mycology society. With none in his area at the time, Taylor chose to seek out classes.

Taylor met an expert and wrote to him to develop his mycology skills. He continued to read about the subject and learn on his own, “mushroom by mushroom.”

Taylor has been foraging for mushrooms on his own since 2003, and said he eats them as often as he can — and probably more than he should. He said most health officials and mycologists suggest eating a meal comprised of wild fungi no more than once a week to be safe, in case of misidentification.

“If you do make a mistake in what you eat, and do that over and over for a few days without knowing, it can kill you,” Taylor said.

Another thing he cautioned against, regarding his own foraging, is tempering the habit, not wanting to take so much that it’s detrimental to the surrounding species or ecosystem.

“Ultimately, the landscape will suffer a bit,” Taylor said. “Mushrooms might just be the fruiting body, but it always needs more spores to keep itself going.”

Taylor said his passion hasn’t been applicable to his business. Because of codes set up by the area’s health commissioner, he is barred from buying or selling wild mushrooms at his restaurant for safety concerns.

“As a chef, I have all this knowledge but no outlet for it,” Taylor said. “There are definitely benefits to knowing all this and not poisoning yourself.”

Taylor discussed a few of his favorite recipes he makes from mushrooms he finds. Mushroom jerky, Taylor said, is made from honey mushrooms that are cooked in a tasty juice at 120 degrees for about 20 hours and then dehydrated, making a jerky-type food.

“It’s something I like to do that people are always surprised by,” Taylor said.

Another recipe called “chicken of the woods nuggets,” named for the orange fungus it’s made from often found on the side of trees. Chicken of the woods is nicknamed for its chicken-like taste. Taylor said he cuts the mushrooms into chunks, deep-fries the pieces and serves the morsels with blue cheese.

One of the topics Taylor will discuss at his walk will be identifying these “choice edibles” and distinguishing them from their harmful or inedible doppelgängers. He said he hopes to show people on the grounds what they can find around them, as well as better understand it.

“We’ll go around and look for stuff, and I encourage people to bring stuff in if they have anything,” Taylor said. “If people have questions, they can go ahead and ask them, too.”

A recent specimen Taylor found will be named for his home and region of discovery, Cattaraugus County, deemed amanita cattaragana. Taylor said he’s always excited when someone brings him a mushroom the person has never seen before.

“I’m just as excited for someone finding a mushroom as I am with (finding) my own,” Taylor said. 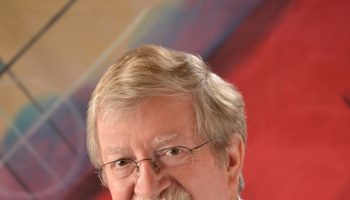