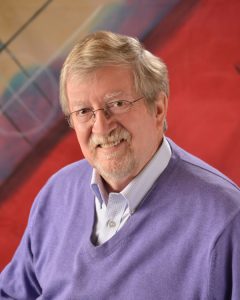 To understand the quality of any structure, it’s best to start at the base. Regarding the health of a body of water, it’s smart to start near the base of the food chain — the insects.

A professor emeritus of biology, Dennis McNair, taught at the University of Pittsburgh Johnstown campus for 33 years. He focused a large part of his career’s research studying insects as water quality indicators. McNair will share how these insects and the water they grow in are affected and changing during his Bird, Tree & Garden Club Lake Walk at 6:30 p.m. Monday, Aug. 13, on the lakeside porch of the Youth Activities Center.

At a young age, McNair’s favorite pastime was running down to the trout stream that ran through his hometown and turning over rocks to look at the insects. McNair has focused his research on this subject, studying dragonflies and damselflies for the last 15 years or so because he said he liked them, and because they’re beautiful.

“Typically, the insects that are good indicators spend most of their life in the water; it’s just the winged adults that we’re familiar with,” McNair said. “When you’re living in an environment and getting all your resources as energy from that environment, you also pick up any pollutants that are there.”

Early in his research, a good friend of McNair’s bought a farm and received grants from the U.S. Fish and Wildlife Service to create ponds and let the area go back to its natural habitat. While the farm’s owner, an ornithologist, focused more on the birds, McNair focused primarily on dragonflies.

“The hypothesis we were testing was the old phrase, ‘If you build it, they will come,’ ” McNair said. “And they sure did. It turned back into a thriving wetland, with plants, birds and bugs.”

McNair said he began to notice around 17 different species of dragonflies with a typically more southern distribution. As the climate began to warm the waters in the region, these species were moving northward into areas of the state they have never been documented in before.

“We have good records of the range of various dragonflies and damselflies, and they typically don’t survive unless the water stays so warm over the winter — because that’s where the aquatic part of their life is,” McNair said. “A dragonfly typically found in Virginia and the Carolinas has now been regularly found in Pennsylvania.”

McNair said this is only possible because the water has warmed enough for them to come and survive in the region. In addition to helping identify the changing climate, the presence of certain insect populations can act as a good indicator of the quality of the aquatic environment they rely upon, McNair said.

“It’s a harsh environment,” McNair said. “There’s a few species that can live there and out-compete other insects. “But those are also indicators of pollution. There are also insects that thrive only in clean water, so if there are pollutants, they’re not there.”

Dragonflies and damselflies are predators, McNair said, that help feed on other insects in addition to providing food for fish and other aquatic life themselves. They also provide nutrients in death, releasing these nutrients when they perish and decompose into the lake and surrounding watershed, McNair said.

“The birds that we have around here, such as the purple martins, depend upon the insects for most of their development around the lake,” McNair said.

McNair hopes the Lake Walk can help make people more conscious about everything that goes into and affects the water around them, citing the famous poet, Gary Snyder:

The Institution, an almost sacred place, McNair said, offers the chance for him and his wife, a couple of former teachers, to continue their own education while having the opportunity to continue to teach others. 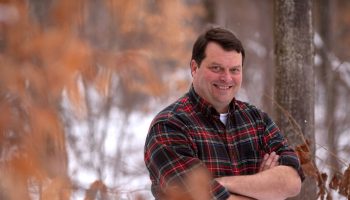