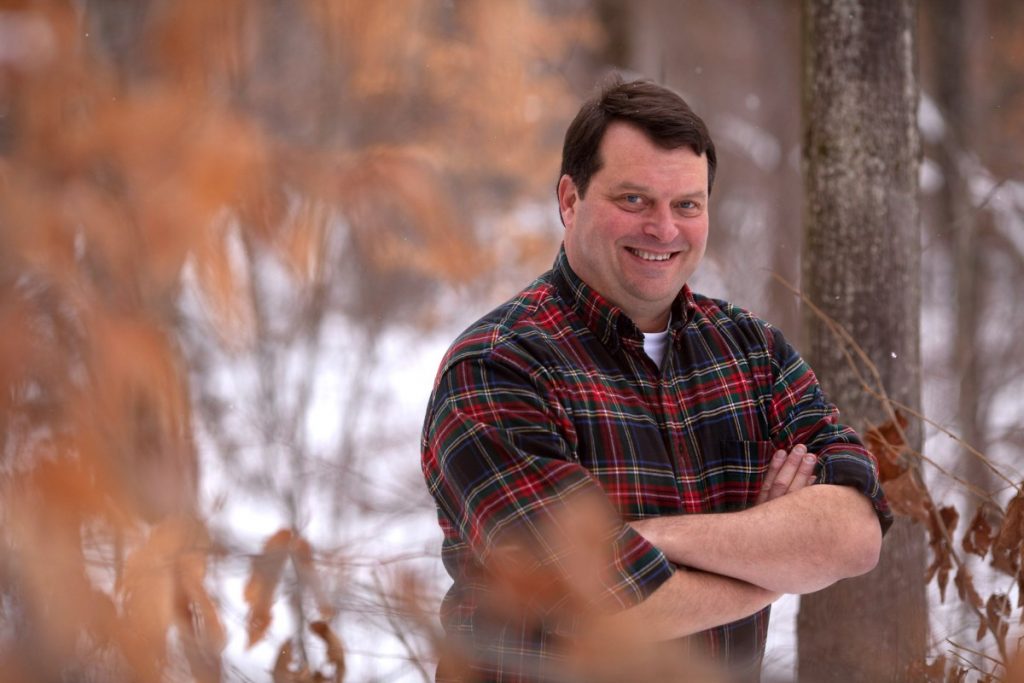 Throughout their development as a species, humans have learned from the environment and species that have surrounded them. As humanity’s footprints become harder to ignore, this observation is as key now as it ever has been to best understanding and preserving other species.

John Wenzel, director of Powdermill Nature Reserve for the Carnegie Museum of Natural History, has been interested in complex animal behavior ever since he was a kid. Wenzel will share his knowledge gained as an entomologist and sociobiologist through his career in a pair of lectures this week.

Wenzel will discuss “Strange Pollination Syndromes” as part of the Bird, Tree & Garden Club’s Monarch Moments & More series at 12:15 p.m. Monday, Aug. 13, in Smith Wilkes Hall. Tuesday, Wenzel will look at “Lessons From the Bee: How to Work as a Team When No One Knows What She is Doing” for BTG’s Brown Bag lecture series, at 12:15 p.m. in Smith Wilkes.

As a young field assistant, Wenzel had the privilege of working under one of the most prominent entomologists and evolutionists of the 20th century, Edward O. Wilson. Wenzel spent a large part of his career looking at social insects, such as bees, wasps and ants, and the complex behavior of interactions within these communities.

“We would derive an evolutionary tree for the groups and look at how these behaviors had changed over the course of a very long time,” Wenzel said.

Wenzel spent the majority of his career working and researching at Ohio State University, while also holding positions at natural history museums in Paris and New York City. Traveling across the globe in Africa, Europe and Tropical Americas, Wenzel said he noticed things he thought were unusual that might seem ordinary and common to someone from the area.

“Going all over the world and visiting different systems is very rewarding in that way,” Wenzel said. “If you end up working with insects that deal with plants, you end up being a part-time botanist. The plants really are the environment; the plants are the ecosystem.”

In today’s Monarch Moments lecture, Wenzel said he will give a glimpse into the natural history of pollination, something people have become more interested in as honey bee populations collapse.

“There’s this general idea (that) if you have the honey bees, then you have everything you need,” Wenzel said. “That’s certainly not true. There are lots of pollination systems that are highly developed.”

Wenzel will discuss the variety of different pollination relationships that play out in order to ensure the pollination and continuation of different plant species. Some relationships, Wenzel said, result in the plant itself being consumed by an insect in order for the pollination to take place; others involve a plant enticing an insect to land while offering no benefits other than the plant itself having the chance to pollinate.

“Everyone likes the argument that the plant and the bee are working together, but that’s not the argument of pollination at all,” Wenzel said. “Pollination itself is a much more complex process than people think.”

The pollen becomes an entire plant generation, Wenzel said. Pollination syndromes involve either aid from wind or water currents or other species to spread their pollen, evolving through natural selection.

“It’s very weird to think of a pollen grain as an oak tree,” Wenzel said. “It’s very peculiar. In many cares, the pollination syndrome drives the evolution of the flower to be this beautiful thing we appreciate. The flower has to attract and accommodate something big, like a bat or a lizard, or sometimes even a primate.”

Wenzel said the more peculiar and unusual pollination systems exist in more isolated environments, such as islands and deserts.

In Tuesday’s Brown Bag lecture, Wenzel will discuss a subject very close to the research he conducted for many years: studying complex insect population behaviors. The research has been a community effort that has been very rewarding, Wenzel said, because of how warm and mutually supportive the community has been in comparison to some other research fields.

Wenzel said most of the research involves watching individuals within these intricate insect populations and trying to figure out how they integrate into the larger, “global perspective.”

“For example, an individual goes out and gets water and brings it back to the nest,” Wenzel said. “The instant it arrives, another individual takes the water. ‘Oh, we need water.’ Now the animal knows we need water, and so it does it again. At the level of the colony, teams have to be formed to satisfy the whole colony’s needs.”

Taking these actions and understanding how the community operates on a larger scale can be difficult, Wenzel said.

“There isn’t any individual that understands the whole colony’s need,” Wenzel said. “That part is harder to figure out.”

Despite this fact, these large insect colonies are able to make group decisions in many cases, Wenzel said. In the case of searching for a new nest, Wenzel said, the populations are somehow able to understand when a consensus or majority has been reached and honor that decision.

An interesting idea that multiple research groups, including his own, have been looking at is the concept of individuals doing something wrong, or nonsensical, within the colony, Wenzel said. For a long time, he said these were chalked up as errors within the “machine,” but researchers have come to realize these mistakes are vital for the community to grow as a whole.

Biological systems, including those of humans, are often found to be a little “noisy,” Wenzel said. It’s becoming more recognized that this noise is critical to improvement and something that humanity can learn from.

“We shouldn’t expect everyone to agree on everything, and it’s actually good to have these disagreements,” Wenzel said.

As he spends most of his time developing and funding new research programs for his institute, Wenzel said speaking at Chautauqua is a delightful opportunity to interact with an intellectual audience outside of his field.

“You get to tell them all the cool stories,” Wenzel said. “They didn’t hear them before. They love them, and it reminds me why I fell in love with the field in the first place. It’s really, very rewarding.” 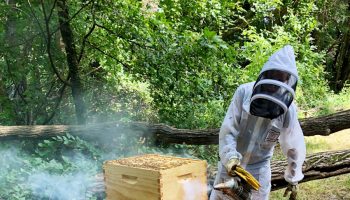