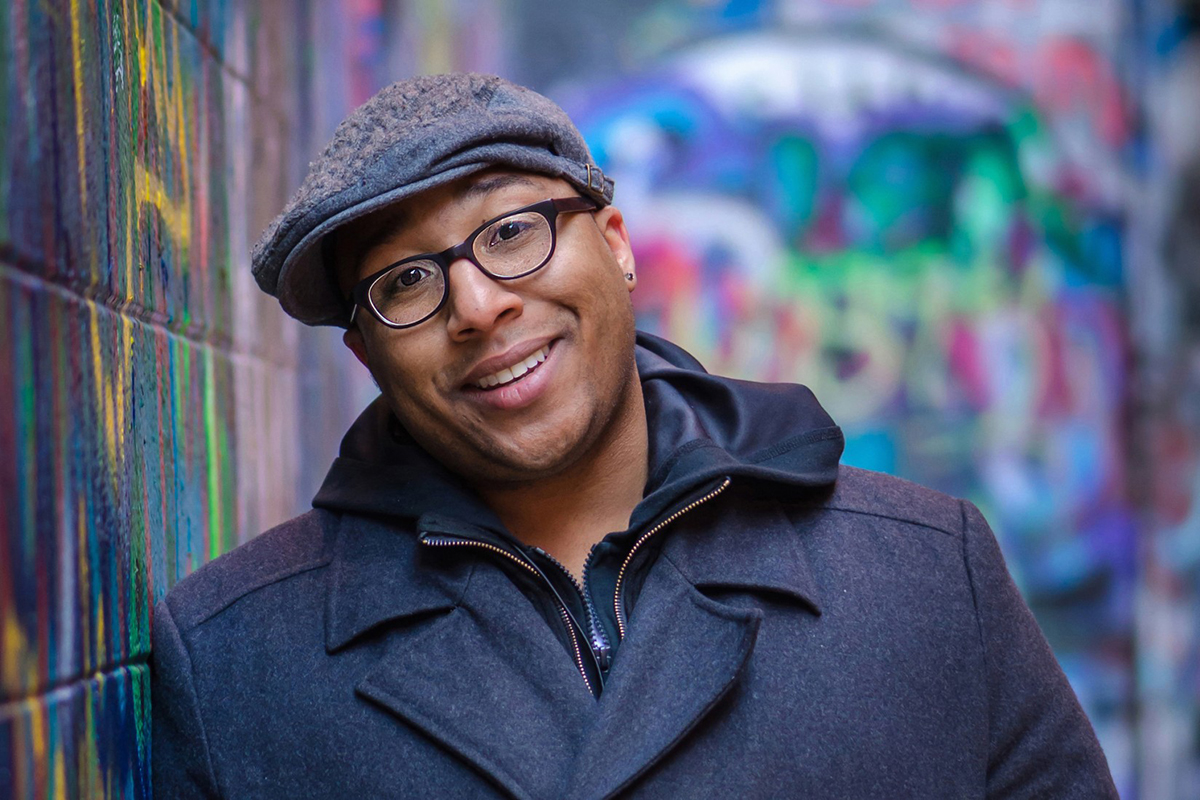 Marcus Wicker’s poetry is political. In many ways, it’s a form of social protest.

In his Brown Bag at 12:15 p.m. on Tuesday, July 3 on the front porch of the Literary Arts Center at Alumni Hall, Chautauqua Writers’ Center’s Week Two poet-in-residence Wicker will discuss “The Politics of Me: Borrowed & Bullied Tools for Writing the Political Poem.”

Wicker is a professor at the University of Memphis and poetry editor of Southern Indiana Review. His first book, Maybe the Saddest Thing, explored masculinity and pop culture and was a 2011 National Poetry Series winner. His second book, Silencer, looked at race in America and received the 2017 Society of Midland Authors Award and the Arnold Adoff Poetry Award for New Voices. His work has appeared in The Nation, Oxford American and Boston Review.

“It will be exciting to hear about everything from Wicker’s philosophy to his practical tools for situating the self in relation to the world,” Atkinson said.

After his first book, Wicker shifted his area of focus. In an interview with The Paris Review, Wicker said he wrote Silencer in response to gun violence and police brutality against African-Americans in the United States, specifically in the case of Trayvon Martin.

“I decided I needed to be using my voice and art for social protest and to mark the other gun deaths that case brought to light in the media,” he said.

Wicker’s writing, while keeping its political stance, centers around sonics. He said he approaches poetry with a “musical curiosity,” sometimes thinking of lines like choruses and arguments like pianissimo.

“I grew up with my parents’ ’60s soul and post-bop jazz and had an infatuation with nineties hip-hop,” Wicker told The Paris Review. “Those sounds and techniques inform my work.”

In that interview, Wicker said the musicality of his poems and the subject areas he draws from make his work accessible. No matter their poetic training, readers will recognize popular punchlines, metaphors or patterns and, perhaps, learn simultaneously.

“Teaching poetry means I’m always immersed in the business of language,” Wicker told The Paris Review. “I never have to worry about losing inspiration because I’m grappling with poetry daily, even when I’m not writing, and therefore always thinking about this thing that I love, that teaches me to live better.”