Alumni Association of the CLSC President Richard Karslake stands with silent auction co-chairs Caroline Bissell and Janet Wallace with a $8,800 check. The money raised from the annual Great American Picnic auction will fund Chautauqua County-area students to spend a week on the grounds taking classes and attending arts performances.

Some may describe it as bric-a-brac, but really it’s treasure with a cause.

The Alumni Association of the CLSC raised $8,800 from this year’s annual Great American Picnic silent auction on July 15, which is an upswing from recent years.

Keeping with the Alumni Association’s tradition, the money raised will support Chautauqua County scholarship students, who will spend a week on the grounds attending classes, lectures and performances.

Debra Dinnocenzo, jewelry coordinator, said the fund is an “important way to give meaning and real-life application to (Institution President) Michael Hill’s vision of Chautauqua being more inclusive and welcoming of the local community.”

The success of the fund will allow high school students to come to Chautauqua again next summer and stay with host families. Additionally in 2019, Dinnocenzo said a teacher and a library director will hopefully accompany the students, a likelihood made possible by the auction’s huge success.

“Chautauquans donated and purchased a wide range of lovely vintage, designer and one-of-a-kind pieces that made a significant contribution to the success of the auction,” Dinnocenzo said. “We hope to see the same level of jewelry donations and purchases in 2019.”

“Aside from the many donations of Chautauqua household treasures and collectibles, we had many generous donations from area businesses,” Wallace said. “The fact that people were able to purchase these items for much less than they would pay in a retail setting was certainly a real appeal.”

According to Wallace and Bissell, the success of the auction came down to the high quality and diversity of items.

This year, the auction drew such donations as paintings, antique furniture, jewelry, a slot machine and historic Chautauqua collectibles.

Bissell added that the “enthusiastic” leadership, reasonable prices, fun factor and early solicitation of items also contributed to the success.

“We had a terrific committee which came together by accident,” she said. “Each had a special talent for needed jobs and it flowed beautifully.”

As far as planning for next year goes, Bissell said the team is already collecting items for the auction in 2019. Donation inquiries may be made to Wallace at 716-357-4736. 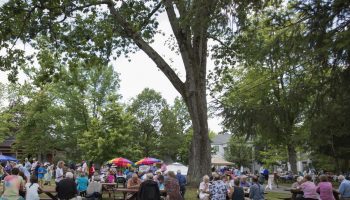 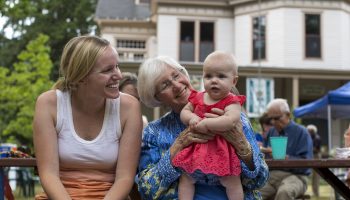