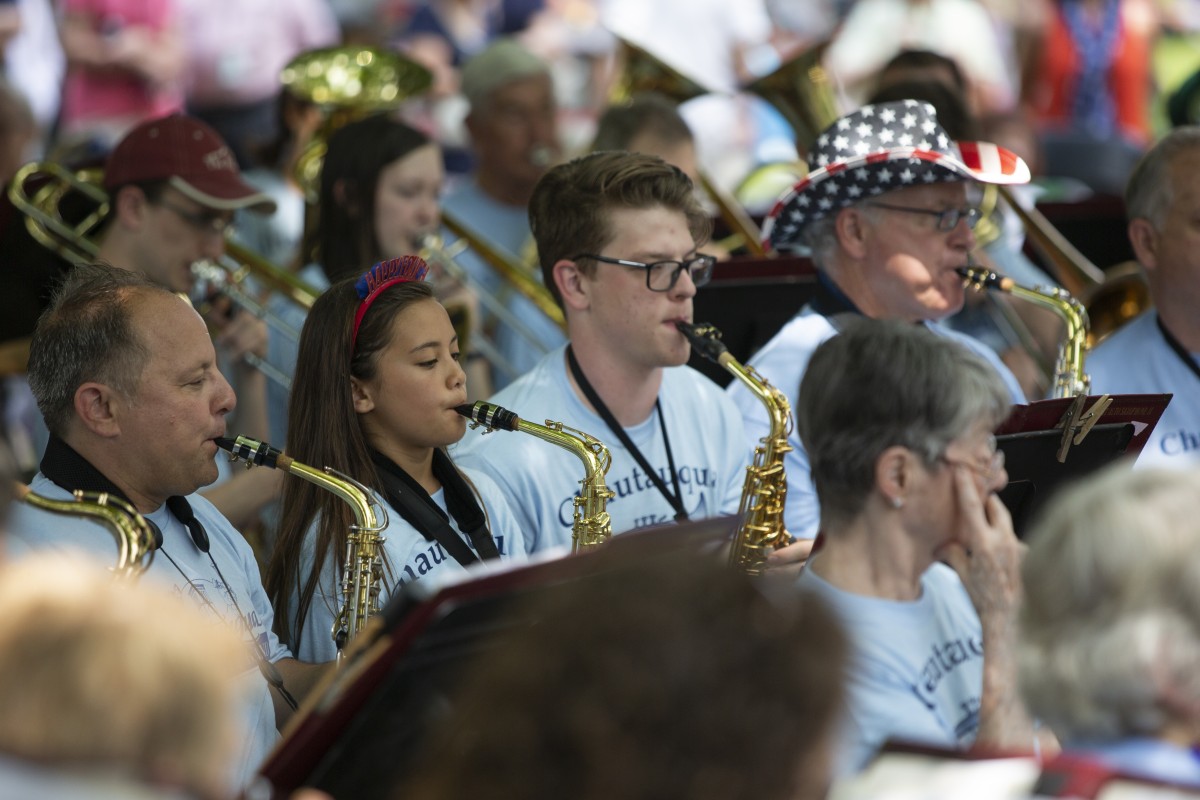 The park band concert is an American tradition dating all the way back to the 19th century, with its roots in military brass bands.

Because the bands were so widespread, Weintraub said, many Americans heard European orchestral masterpieces for the first time as transcriptions for band.

The Community Band will perform one such transcription today: Franz von Suppé’s “Poet and Peasant Overture.” Weintraub said he was excited to program the piece because it’s quite difficult, and the band is having a particularly strong year, allowing it to play more challenging works.

There will also be plenty of music originally written for band in the concert.

The band will also perform Leroy Anderson’s “Blue Tango,” notable because it was named the No. 1 song of 1952 despite not having any words. Weintraub tries to program a selection of Anderson’s music in every concert — keeping with his Norman Rockwell theme.

“In my opinion, (Anderson) is the Norman Rockwell of the music world,” Weintraub said. “Everything he wrote, it’s just American. Nobody else could write it, and nobody else could imagine it.”

This has been a good season for the band, Weintraub said. In addition to having the skill required to take on more challenging works, the group is also the largest it’s ever been. Weintraub estimates the band was around 100 strong for the Fourth of July concert and predicts a showing of around 60 musicians