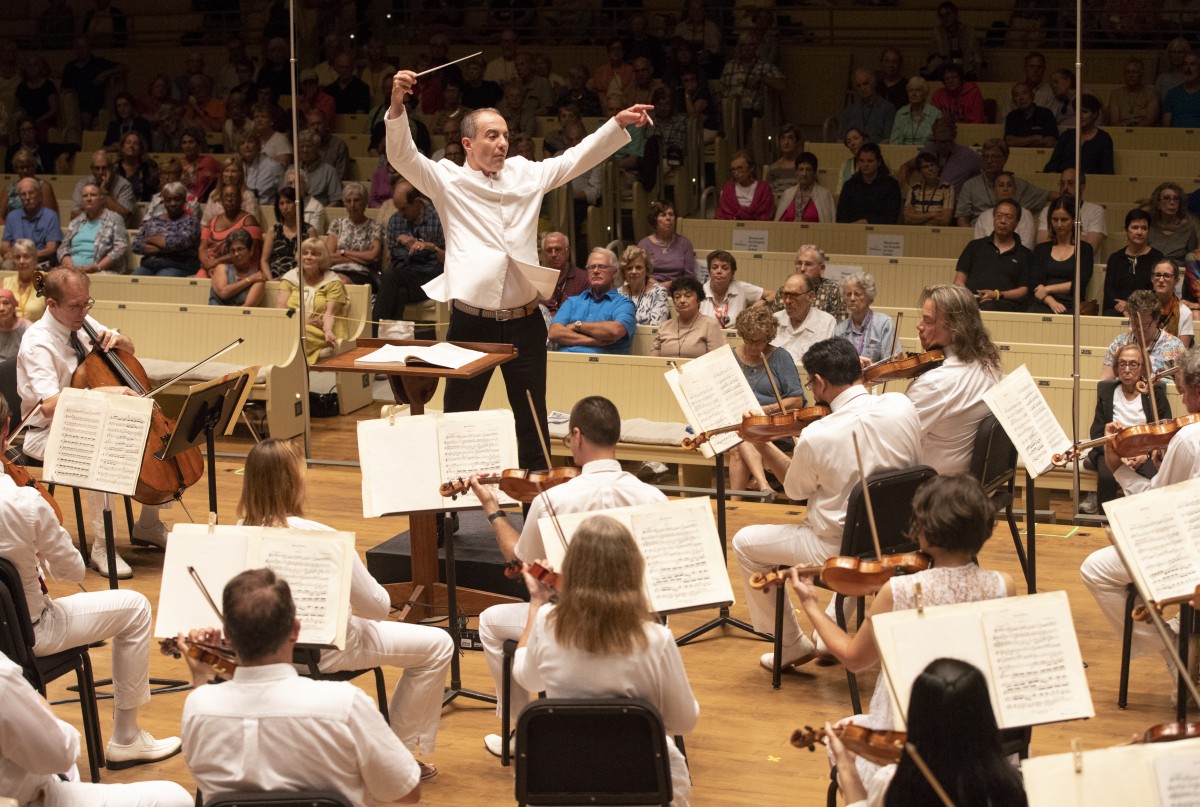 Cellist Johannes Moser’s approach to music sometimes resembles that of an athlete’s approach to sport. For example, when preparing for performances, Moser follows a diet — albeit not a food-related one.

“When learning I’m preparing a classical piece that has been recorded, I don’t listen to recordings of it for a certain amount of time,” Moser said. “I put myself on a musical diet. I listen to other works of the composer, but works that were written for other instruments.”

It follows, then, that Moser has probably not listened to Edward Elgar’s Cello Concerto in E minor, op. 85, in a while.

At 8:15 p.m. Tuesday, Aug. 14, in the Amphitheater, Moser will join the Chautauqua Symphony Orchestra and conductor Gemma New for Elgar’s concerto, and the orchestra sans soloist will perform Schubert’s Symphony No. 5 in B- flat major and Mendelssohn’s The Hebrides Overture, op. 26, “Fingal’s Cave.”

The concert is the third installment in the CSO’s “Into the Music” series, which means the concert will include a discussion of the music and no intermission.

The musical diet, Moser said, allows him to craft an original interpretation of an often-recorded work. Elgar’s cello concerto is generally held to be one of the great cello concertos ever composed, and all of the 20th century’s most famous cellists have given their take on it.

The best way to give an honest and personal performance of a piece like that, according to Moser, is to focus on the minutia of the “text,” — in this case, the sheet music.

Elgar’s concerto, he said, is a meticulously written work, with detailed markings about dynamics and articulations throughout the cello part.

Following the music so fastidiously might appear restricting, but Moser thinks that attempting to be utterly faithful to the “text” — or sheet music — will inevitably result in an original performance.

“The interesting thing is that every soloist will tell you that they are playing exactly what is on the page, and yet everyone sounds different,” he said. “And isn’t that wonderful? That’s because the material that you find on the page is also a mirror of yourself, and everybody is different.”

Moser is no stranger to Elgar’s concerto. He recorded the piece in 2017, and has played it dozens of times with orchestras across the world. Despite that, the cellist hasn’t gotten tired of it yet.

“People often ask me if it ever gets boring to play the some pieces over and over again,” Moser said. “No. Because every place is different and every audience is different, and through audience engagement, every moment has its unique flavor and configuration. It’s very rewarding, actually.”

Conductor Gemma New, who will lead the CSO tonight, will be coming to Chautauqua from the prestigious Tanglewood Music Festival, where she is spending the summer as a conducting fellow (as did many notable conductors, such as Seiji Ozawa and Marin Alsop). New is also currently the music director for the Hamilton Philharmonic Orchestra in Ontario, Canada, and in her second season as resident conductor for the St. Louis Symphony Orchestra.

Both New and Moser have collected praise for their accomplishments at their relatively young ages — New was described by the New Zealand Herald as “a young New Zealander making a mark in North America,” and Moser was called “one of the nest among the astonishing gallery of young virtuoso cellists” by Deutsche Grammophon, so between the two, this evening will be a display of ascendant stars in classical music.