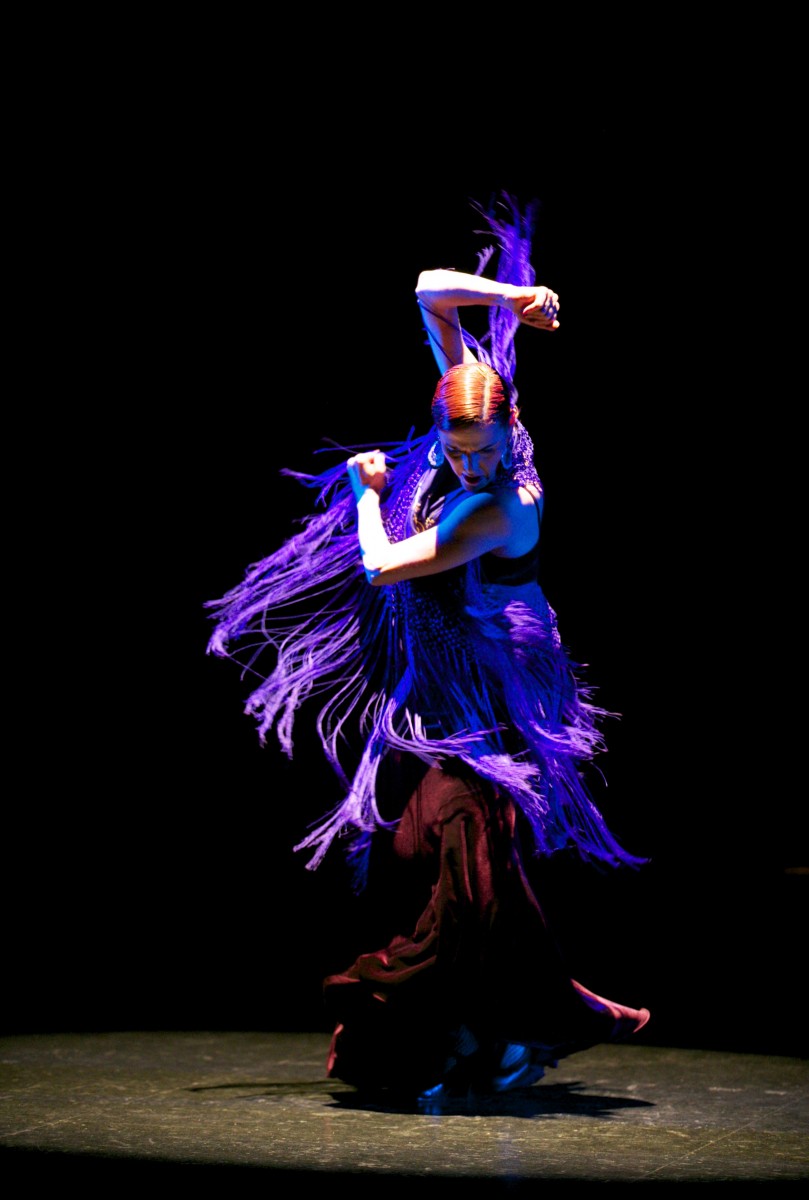 The Chautauqua Symphony Orchestra has been on tour through Southern Europe this August, from the impressionist salons in Paris to the Galician countryside to the opera houses in Italy. Tonight, its musical travels come to an end with the sounds of Spain.

At 8:15 p.m. Tues., Aug. 21, in the Amphitheater, Rossen Milanov and the CSO will give this year’s final concert, featuring an all-Spanish program. Flamenco dancer Griset Damas-Roche and the Flamenco Company of Columbus will also perform, both with the CSO and on their own.

Flamenco dance, according to Damas-Roche, has its roots in Spain’s long, multicultural history, drawing on the country’s Arab invasion, discrimination against gypsies and influence from India. Damas-Roche came to flamenco in her native Cuba, where she was trained by Spanish teachers.

Damas-Roche will join the orchestra for two selections of zarzuela, La Revoltosa (The Troublemaker) and Las Bodas De Luis Alonso (The Wedding of Luis Alonso). Zarzuela is a form of Spanish drama similar to Viennese operettas or American musical theater, Milanov said.

Flamenco dance can have many facets — for example, in one of the zarzuelas, Damas-Roche will perform with castanets, and in another she will be using her abanico, or hand fan. These additions make preparation a long and arduous process, according to Damas-Roche.

“For La Revoltosa, I isolated myself in my studio, changed my summer routine and listened to it hundreds of times before creating the choreography because I wanted to do it with my abanico,” she said. “I also wanted to pay homage to one of my teachers, who was one of the great choreographers of zarzuela in Cuba and who died a few months ago.”

Damas-Roche will also perform a selection with her dance company, which will involve a guitar player, a vocalist and a percussionist. The first section of the piece will be a form of flamenco known as cante jondo, or “deep song.”

Cante jondo, Damas-Roche said, is the most serious of the flamenco genres, and has its origins in “pain, deep sentiments, darkness and the intensity of the human being, and the hardness of life.” The second part of her choreography will retain the deep sense of emotion, but will be more festive.

The orchestra will also be performing Emmanuel Chabrier’s España, Manuel de Falla’s “The Three Cornered Hat” Suites No. 1 and No. 2 and Nikolai Rimsky-Korsakov’s Capriccio Espagnol, op. 34.

España and Capriccio Espagnol are two of the most often performed works of Spanish music, despite the fact that their composers were not Spanish (Chabrier was French; Rimsky-Korsakov was Russian). According to Milanov, that’s somewhat of a trend — people often joke that the best Spanish music was written by foreigners.

The ballet “The Three Cornered Hat,” however, was written by a Spaniard. De Falla received his education in France, though, and used the musical language of the great impressionists like Debussy and Ravel to capture the culture of his native Spain.

The ballet was premiered by Sergei Diaghilev’s Ballets Russes, the legendary ballet company responsible for premiering famous early-20th century works like Stravinsky’s “Rite of Spring” and Ravel’s “Daphnis et Chloe.” It was a landmark moment for Spanish music and culture, according to Milanov.

“(‘The Three Cornered Hat’ is) one of the most famous scores of Spanish music, and when it was presented in Paris, it was a sensation,” Milanov said. “It was not danced with the accustomed classical style of ballet, but with Spanish folk dance instead and a lot of pantomime. You can only imagine how that looked with the original sets by Pablo Picasso on stage. So it’s very innovative because it takes Spanish tradition and includes it as part of European cultural history and presents it in a light which is pretty authentic.”