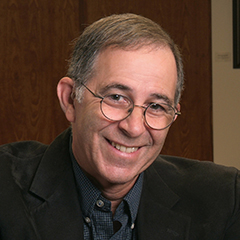 The Silkroad Ensemble abides by the notion that “embracing difference leads to a more hopeful world,” according to its website.

Playing into Week Seven’s theme, “The Arts and Global Understanding,” members of the group will speak at 10:45 a.m. Monday, August 6, in the Amphitheater. The discussion will be moderated by Steven Seidel, Harvard University’s director of Arts in Education Program.

Jeffrey Beecher, co-artistic director of Silkroad Ensemble, said Seidel and the group “are intent on opening up this idea of listening across differences and what that means. … We can see those separations, whether it’s a different culture, or a different instrument or a person you’ve never met before, as dealbreakers, or as hurdles.”

“Or,” Beecher said, “you can take that difference and find a pathway to connect with that musician or a different culture.”

World-renowned cellist Yo-Yo Ma began assembling Silkroad Ensemble in 1998. The group’s name and purpose comes from the Silk Road, an ancient trading route between Asia, the Middle East and Europe.

Symbolically, Silkroad Ensemble hopes to do the same thing — bring worldwide cultures together and help them to understand one another.

“I founded the Silk Road Project because I believe we’re not as isolated as we think we are,” Ma told World Literature Today in a 2006 interview. “One of the ideas we talk about at the project is how important it is to know our neighbors, both our next-door neighbors and our halfway-around-the-world neighbors.”

The Silkroad Ensemble is made up of musicians from all over the world who are also, according to the group’s website, “teachers, producers and advocates.” Eleven of those artists are scheduled to perform at Chautauqua this week.

The documentary “The Music of Strangers: Yo-Yo Ma and the Silk Road Ensemble” was first released abroad, then in the United States in 2016. The film, directed by Morgan Neville and chronicling the founding of the Silkroad Ensemble, has been met with largely positive reviews.

“(Monday’s) lecture is both the welcome and a framing session for the whole week,” Beecher said, “giving context to who we are, where we come from, what instruments we play, but … how do you go about collaborating with someone when it doesn’t feel like you have a lot in common when you start out?”