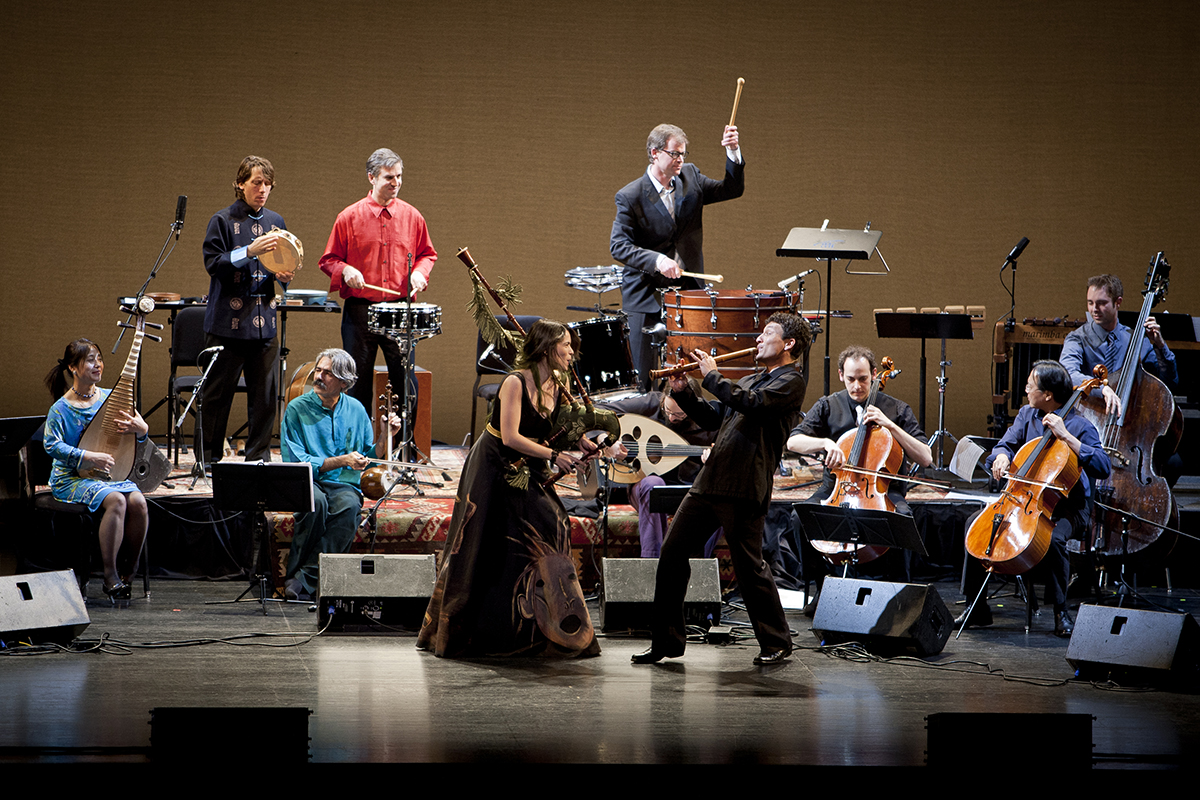 Chautauquans will have many opportunities to see and hear the Silkroad Ensemble in full force this week, but only one opportunity to hear the group perform in smaller subdivisions.

At 4 p.m. Monday, August 6, in Elizabeth S. Lenna Hall, members of the Silkroad Ensemble will present a concert of duos and trios in the first installment of their residency at Chautauqua Institution. Chautauquans who want to see the concert must pick up a free ticket at the Main Gate.

Bassist and Co-Artistic Director of Silkroad Jeffrey Beecher said the performance is a great opportunity for the musicians of Silkroad to play in new combinations.

“These people have played together in the ensemble for a long time, but maybe never as a duo,” Beecher said. “Here, (they) have the opportunity to share things that maybe might not have worked in the larger ensemble setting.”

The smaller groups also allow for more intimacy in musical conversation, Beecher said, which allows the musicians to dig deeper into one another’s musical traditions. And this concert will feature many different traditions — Galician, Chinese and Vietnamese to name a few.

“Silkroading” a piece — essentially, taking an existing piece of music and arranging it for Silkroad’s unique and changing instrumentation — is one of the main ways the group creates music, Beecher said.

The concert will feature several other examples of “Silkroaded” music; the final piece, for example, is an original work by Silkroad cellist Mike Block titled “Iniche Cosebe.” The piece can be seen on YouTube as a cello and violin duo and as a nine-piece cello ensemble, but Monday’s performance will be for Silkroad’s eclectic act.

For Beecher, collaborations like this are what make Silkroad so special.

“The best part of Silkroad is that you have a group of people who are really excited to witness other musicians’ skills, talents and how they’ve learned, and they want to understand more about how they might be able to take that into their own.”