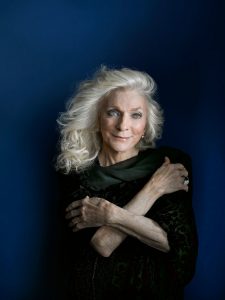 As Chautauqua’s gates swing wide this opening weekend, legendary folk artist Judy Collins returns to the Amphitheater stage, and jazz singer-songwriter Madeleine Peyroux makes her Chautauqua debut bringing Leonard Cohen’s 1992 “Anthem” to life and relaying the fitting lyrics: “The birds they sang at the break of day/Start again I heard them say.”

“I love having this double bill of two outstanding female artists,” said Deborah Sunya Moore, vice president of performing and visual arts. “The fact that we can have both jazz and folk represented is really exciting to me.”

Because each artist attracts a different set of fans, Moore said she hopes each audience member will be introduced to a new sound — a jazz complement to Collins’ folk, or a folk complement to Peyroux’s jazz.

While Peyroux comes to Chautauqua as a first-timer, Collins has been a guest performer on Chautauqua stages for decades, and both said they want to play their respective classics as well as newer material. Such material includes Peyroux’s 2018 album Anthem, on which the title track and cover of Cohen’s hit appears, as well as Collins’ 2018 single “Dreamers,” recorded as a dedication to all dreamers and asylum seekers.

Produced during the 2016 U.S. presidential campaign cycle, Anthem is the collaborative work of Peyroux and four other writers and musicians: Larry Klein, Patrick Warren, Brian MacLeod and David Baerwald. Together, the team covered two songs and wrote and recorded the remaining original tracks to create a collection inspired by political and social realities. 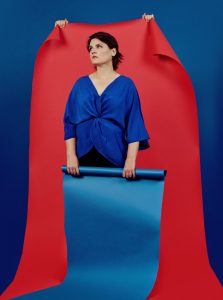 Collins said she had worked on “Dreamers” privately, and with encouragement from her husband, began performing the then-unrecorded “Dreamers” on her 2018 tour and eventually recorded the song a capella that year. A “Dreamers” music video featuring photographs of immigrants is now available to view online.

Chautauqua marks the first stop on Peyroux’s 2019 tour, which will take her to jazz festivals across North America and Europe in the coming months to perform selections from Anthem and her 23-year career since her debut album Dreamland. After Chautauqua, Collins will continue her national tour into the fall.

“Sometimes I don’t want to go out and perform, but whenever I do get on stage and begin, I get lost in it, and I enjoy it more than anything in the world,” Peyroux said.

Peyroux recalled performing on a double bill with Collins at New York City’s Town Hall venue in 2012. Getting to any stage, evolving their sounds and sharing their voices took years of work, and for both artists, that work began in their teenage years.

For Peyroux, it began in the 1980s on the streets of Paris where she traveled as a busker developing her sound and style. For Collins, it began at the piano with classical compositions and moved into the world of folk music.

“Keep practicing,” Collins said, offering advice to young musicians and artists. “Practice actually does make perfect, and it can get you to Carnegie Hall. But you have to keep at it.”