America’s Big Band will return to Chautauqua when the Jazz Ambassadors perform at 2:30 p.m. Sunday, in the Amphitheater.

The Jazz Ambassadors are a versatile, 19-member ensemble whose concerts include instrumental and vocal solo features, patriotic favorites and much more. The band has received worldwide acclaim for its performances of America’s original art form: jazz.

Formed in 1969, the Jazz Ambassadors make up one-fourth of the United States Army Field Band. Other components include the Concert Band, Six-String Soldiers and Soldier’s Chorus. Its mission is to connect the American people and the Army by honoring soldiers and veterans at home and abroad.

The ensemble has performed at jazz festivals and events such as The Berks Jazz Fest and The Norwegian Military Tattoo, and have toured all 50 states and perform around the world.

“The types of people that we meet all across the country, it’s really eye-opening,” said Sgt. 1st Class Thomas Davis, lead trumpet player for the band.

Davis became interested in music as a small child. His inspiration to get involved with music came from his older brother who played the trumpet. He wanted to play the saxophone, but it was not available, which led Davis to play the trumpet, too.

Davis has been a member of the Jazz Ambassadors for six years, and enjoys the various roles within the band and the variety of music they play. Davis has held several positions including composer, soloist, producer and currently as lead trumpet player.

“Before I joined the band I did primarily freelance work,” Davis said. “When the position opened up I decided to audition, and it all started from there.”

The ensemble plays contemporary jazz works as well as original arrangements and compositions of past and present members of Jazz Ambassadors. Many of these works are available for free download on their website.

“Primarily the music that we play is focused on jazz music from the early ’20s all the way up until today,” Davis said.

In celebration of its 50-year legacy of service, Jazz Ambassadors recently released a commemorative album, and implemented a new program during its fall 2018 tour: “The Greatest Generation.” This program is a themed concert that honors veterans of World War ll and the music of the Big Band Era.

During its Sunday performance, Jazz Ambassadors will present “The Greatest Generation,” which will feature letters written to and from men and women during the war, as well as famous quotes from the likes of Presidents Franklin D. Roosevelt, Harry S. Truman and Dwight D. Eisenhower. 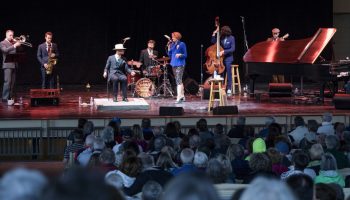 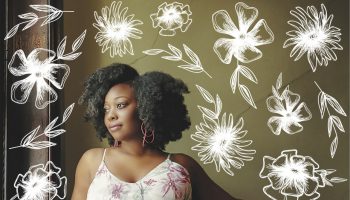