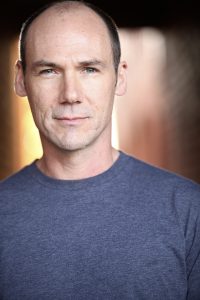 For the next three weeks, Bratton Theater will serve as a window into the past and a portal across the Atlantic Ocean as Chautauqua Theater Company stages Richard Bean’s One Man, Two Guvnors.

The show will take audiences on a journey to Brighton during the 1960s, and place the characters smack in the middle of an absurd adventure as one man attempts to juggle working for two different, highly-volatile employers without either of them finding out, pursuing the girl he’s become infatuated with, and constantly on the hunt for his next meal.

Director Andrew Borba said the show, set to the tune of a live, Beatles-inspired band, will be nothing if not a good time.

“The show will be an absolute blast,” Borba said. “Personally, I love a big farce, and I think the audience will too, because it’s just so much fun.”

For those eager to experience a bit of that fun ahead of the show’s opening on Friday, CTC will be hosting a Brown Bag discussion, “Commedia Re-imagined: One Man, Two Guvnors and Why Physical Comedy Stays Funny,” at 12:15 p.m. today, July 25, in Bratton Theater.

The discussion will give attendees the opportunity to talk to members of the production’s cast and crew about the show’s plot, themes, costumes, comedy and more. Anyone interested is encouraged to come prepared with a question for the cast and a brown bag lunch — fish and chips optional.

Borba said that, while the show might not raise deep, philosophical questions like CTC’s previous show, The Christians, there’s a lot to dig into nonetheless.

“Much of our programming has a tendency to lean into the inquisitive or engaged nature of Chautauqua, but occasionally it’s a tonic,” Borba said. “Despite that, this is not empty fluff. It’s a farce, but there’s a lot of things going on in farce.”

CTC Managing Director Sarah Clare Corporandy agreed, and said that the show, in its humor, will give Chautauquans a chance to kick back and enjoy the ride.

“You’re going to walk out smiling and feel like you had a good, hearty, two-hour laugh,” Corporandy said. “And that really feeds the soul. So you can go from The Christians, which feeds the soul with these questions, to One Man, which will feed the soul with humor and comedy and relaxing.”

In bringing the fast and funny show to its feet, CTC will merge colorful costumes, live music, practical effects, authentic accents and dynamic stage combat into one production.