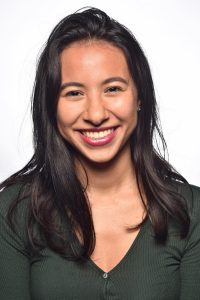 Like the rest of the design fellows at CTC, Schwartz is involved with both the two mainstage shows — The Christians and One Man, Two Guvnors — as well as the three New Play Workshop shows the company puts on. She assists the set designers on the mainstage shows and designs the set for the NPW shows on her own.

Schwartz said that working on the NPW shows, plays that are still in the process of changing and evolving, is exciting from a creative standpoint.

“I love working on new work, because there isn’t really much to go off of,” Schwartz said. “I think that lets the creative energy flow a little more freely.”

In addition to her work with scene design, Schwartz said she works in the prop and scene shops when she can. She said whether it’s in design or construction, she loves helping to fill out the world of whatever play she’s working on.

“Scenery helps audiences connect to the show visually,” Schwartz said. “Humans are visual creatures, so I love how sets and props can help create the world of the play and pull together so many design elements at once.”

Where she’s from: She’s originally from the north of Boston.

Over the past four years, she’s been living in Pittsburgh, while attending Carnegie Mellon University.

Schwartz said that ever since high school, where she helped paint and build the sets for her school’s plays, she knew she wanted to pursue scenic design.

“I fell in love with it and it gave me a strong community to be a part of,” Schwartz said. “And there’s nothing quite like drawing something and then getting together with your friends and making it big. I can’t imagine doing any other thing.”

Favorite theater memory: During her senior year at Carnegie Mellon, Schwartz worked on a production of Comedy of Errors. She said the show’s director was having some trouble making the show fresh and accessible, and that allowed Schwartz to step up and grow as a leader and a designer.

“I could feel myself growing throughout the process,” Schwartz said. “We ended up making a lot of strong changes, and I realized how much of a director the set designer gets to be. When I separated myself just from designing the set, it became a lot more about, ‘How does this set help tell the story?’ ”

“I just can’t not have it,” Schwartz said.

Whether it’s cheese on a meal, a mozzarella cheese stick or some goat cheese on a cracker, Schwartz said it’s hard to go wrong with cheese.

According to Schwartz, the dorm where many of the arts students stay on the grounds is filled with many vegans, so the experience of living there has made her realize just how much she eats and enjoys cheese.

Favorite thing about Chautauqua: The opportunity to do the work she’s doing.

“This place is kind of one-of-a-kind,” Schwartz said.

In the past, she said she’s had to do either paint work at internships or design work, with nothing in between.

“This is kind of perfect because I get to do a little bit of everything,” Schwartz said. “And the place I get to do it at is beautiful.”

What she’s reading: Alison Bechdel’s graphic novel, Are You My Mother?

Schwartz said she loved reading Bechdel’s previous graphic novel, Fun Home: A Family Tragicomic, and seeing it on Broadway, so she wanted to delve into more of Bechdel’s work.

“This one is a little bit sadder, but she hits on some really good stuff, and I love her work,” Schwartz said.

Schwartz’s mother is originally from China, and Schwartz said she’d love to travel there with her mother and connect with some of the family she’s never had the chance to meet.

What’s next: Immediately after the summer season, Schwartz will be returning to Pittsburgh to design a young playwright’s festival at City Theater Company. She’ll also be working on an opera at her school while assisting her professors on some additional shows.

In the long term, she hopes to move to New York City, and continue working on new, exciting work as much as possible.