Ethnomusicologist Alisha Jones to Talk Grievances in Hip-Hop for AAHH 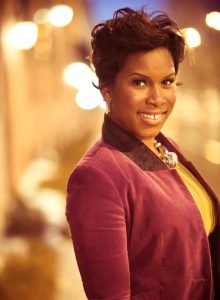 Alisha Jones grew up in Washington D.C. surrounded by art and creativity.

“The creative spirit was always around and encouraged,” she said.

Music quickly became an integral part of her life, as she attended popular youth enrichment camps in Washington D.C., auditioned with the Washington Performing Arts society and attended Duke Ellington School of the Arts, a performing arts high school.

“It was (at Duke Ellington) that I learned not only about musicianship, but I was able to explore black art song and folk music of African Americans,” Jones said.

From German art song to Italian art song, she found music made an intense impact, not only on society, but also the performers themselves.

With a lasting passion for music, Jones said she continues to use her musical skills to “bolster her research” in the field of ethnomusicology, the study of music in different cultures.

At 3:30 p.m. today, July 22, in the Hall of Philosophy, Jones will give her lecture “Are You Familiar with N.W.A.? ­— Deciphering Musical Grievances Against Law Enforcement in African-American Hip-hop,” which is the latest installment in the African American Heritage House Speaker Series.

Jones is an assistant professor of ethnomusicology at Indiana University Bloomington in the Department of Folklore and Ethnomusicology.

As her students consume more music written by African American’s, it provokes lively conversation in class, she said.

“Often, the students request that I talk about the sentiments that rappers have had and recorded in their music,” Jones said.

For her Chautauqua lecture, she said her goal is to explore the origins of the tumultuous relationship between popular African American music artists and the law.

“My goal is to kind of walk through the genealogy of these grievances, particularly the tensions that are at the root of these sentiments and how law has been used to control the music that is being made,” Jones said.

Her music background, coupled with her family’s involvement in the police force, sparked her interest, and especially directed her attention to the daily challenges facing police.

“Law enforcement tends to get critiqued nationally,” she said. “So, I focus on this as a person whose family members are service people, both men and women.”

Jones said this relationship between African American popular artists and police is not new. She will highlight the songs written by popular artists like Cardi B, N.W.A., Kanye West and many others.

“I would like for them to know that African American music — as exemplified through rock music and hip-hop — is commodity,” Jones said. “As we think about rap music, I want to challenge attendees to really think about the stereotypes that are furthered through the music.”

“My hope is that they will continue to learn more about the stories and the styles of black music culture,” Jones said.