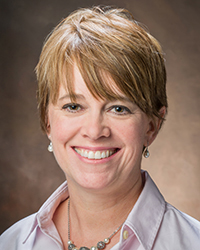 In a week dedicated to the science, economics and ethics of longer life spans, a panel discussion is set to bring cultural perspectives to the conversation.

Kate de Medeiros, the O’Toole Family Professor in Miami University of Ohio’s Department of Sociology and Gerontology, and Ron Cole-Turner, the H. Parker Sharp Professor of Theology and Ethics at Pittsburgh Theological Seminary, will join Vice President and Emily and Richard Smucker Chair for Education Matt Ewalt in conversation at 10:45 a.m. today, July 18, in the Amphitheater. The panel discussion continues Week Four’s theme: “The New Map of Life: How Longer Lives are Changing the World — A Week in Collaboration with the Stanford Center on Longevity.”

Ewalt said this panel gives voice to some of the larger cultural questions surrounding longevity, posed by two non-scientists who have spent their careers wrestling with these broader themes. Chautauqua Institution convened the panel after Joseph F. Coughlin, founder and director of MIT’s AgeLab, canceled his previously announced lecture due to medical issues.

“While we were very disappointed to hear from Joe Coughlin on Wednesday that he’d be unable to be with us, we have assembled a panel to offer reflections and insight on the larger story of human life and aging, and how culture has reflected on and shaped this story,” Ewalt said. “We’ll explore how aging has been depicted and explored through literature and other forms, and continues to influence our views on longevity, along with how technology is potentially writing a new story of humanity’s future. Beyond the definitive answers that science can provide us, what else is necessary — as individuals, communities and society at large — to chart a ‘New Map of Life’?”

Cole-Turner, who has lectured on both the morning and afternoon platforms at Chautauqua, explores in his research the connections between science and religion, especially the ways in which technology is changing what it means to be human.  His scholarship includes  transhumanism — the possible future of integrating humanity with technology to extend life, or even live forever. 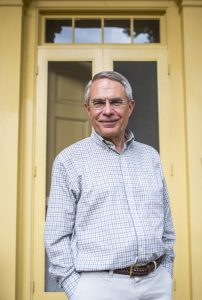 “(W)e are committed to use all of the means that God has given us,” Cole-Turner told The Chautauquan Daily in advance of his Aug. 8, 2016, interfaith lecture in the Hall of Philosophy. “We are permitted to use technology also, as long as it fits within a broader framework of what seems to us to be legitimately considered God’s program for the transformation of humanity.”

As part of today’s panel conversation, de Medeiros will examine how aging has been written about historically in literature, and how that writing still drives popular opinion. Her research at Miami focuses in part on how cultural systems affect the experience of aging and the construction of self.

“I encourage everyone to think deeply on what shapes their own attitudes toward aging and later life, to challenge stereotypes they may have about what it means to grow old, and to consider what they can do to positively change the social contexts that frame old age,” de Medeiros wrote in her Wednesday column in the Daily.

Cole-Turner, one of this week’s Mystic Heart leaders, will still facilitate Christian meditation at 7:15 a.m. today in the Presbyterian House Chapel and will co-present with Rebecca Cole-Turner on “Christian Meditation: The Taize Experience” at 12:30 p.m. today in the Hall of Missions.