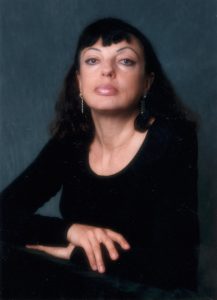 Internationally renowned pianist and teacher Natalya Antonova will return to Chautauqua as a guest faculty member of the School of Music to give piano master classes at 4 p.m. today, July 2, and 2 p.m. Thursday in Sherwood-Marsh Studios.

Antonova began playing piano at a very young age; her parents were both musicians and took her along to work each day. Her older sister took piano classes, so at age 3 1/2, Antonova began to do the same. At age 7, she started lessons in a special division of the Leningrad Conservatory for gifted children, and at 16, she debuted with the Leningrad Philharmonic.

Antonova has extensive experience in teaching. She accepted a position at the Leningrad Conservatory at age 16, becoming the youngest professor in the school’s history, and has been teaching ever since. She has given master classes and lectures all over the world, and has been coming to Chautauqua for five years. Currently, she is tenured at the Eastman School of Music in Rochester, New York.

For Antonova, performing and teaching each offer their own rewards. Being in concert, she said, offers an experience you can’t get off stage.

“You feel really, really elevated,” she said. “When you have this experience, you’re hooked.”

But when Antonova gets the chance to share her knowledge with students, that is its own comparable pleasure.

“When there’s no response when you’re sharing, it’s a torture,” she said. “But when you see that you impacted the student, it’s another great, satisfactory, fantastic feeling.”

A master class with Antonova begins with a student performing a piece of their choice alone on the stage, as if they were in concert. When they are finished, Antonova takes her place at the second piano and begins to teach both the student and the audience, based on what she saw and heard in the performance.

There are many aspects to piano performance, and Antonova has only a short time with each student, so she chooses one thing, such as style or technique, to critique and provide input on what could be improved. At the same time, she addresses the audience to tell them about the history of the piano or of the piece, or about piano technique.

Antanova said a unique and challenging aspect of master classes — as opposed to private lessons — is the public aspect. The class serves a dual purpose of instructing the student and entertaining the crowd. It is, in and of itself, a performance.

“Ideally, what you do with the student has to be interesting to the audience,” Antonova said.

Antonova believes that when she teaches by playing the same piece as the student, her intent is to demonstrate her idea of the piece and demonstrate her critiques rather than show the student exactly how it should be done. Playing the piano, she said, should not be about copying what the teacher does.

Rather, Antonova believes the role of the teacher is to inspire students to find ways to improve.

“It’s important during this short time to achieve some result, some progress,” Antonova said. “That would be wonderful.”

Though Antonova has attended music festivals all over the world, there is something about Chautauqua she finds incomparable, due to the diversity of art the Institution hosts.

In the five years Antonova has been coming to Chautauqua, she has seen a great deal of positive change in the School of Music’s Piano Program, which she attributes largely to the program’s co-chairs, John Milbauer and Nikki Melville. And every year, she is honored to return.

“What is different in Chautauqua is … (an unparalleled) atmosphere of art in the air,” she said. “There is no analogy in the world.”