When politician, lawyer and author Stacey Abrams was 17 years old, she graduated from high school as valedictorian.

“I was very proud of myself,” Abrams said in her 2018 Ted Talk “3 questions to ask yourself about everything you do.”

As valedictorian, she received the opportunity to meet the governor of Georgia, along with other students from across the state. Abrams and her family walked up to the governor’s mansion ready for the day ahead.

And it was that experience that sparked passion for her future career.

At 3:30 p.m. Wednesday, July 17 in the Hall of Philosophy, Abrams will draw from her book, Minority Leader: How to Lead from the Outside and Make Real Change, for her lecture, “The Road to a Fair Fight: A Conversation About Voting Rights,” as part of the African American Heritage House Speaker Series.

Abrams said she actually doesn’t even remember meeting the governor. She remembers what happened outside the mansion.

The mansion guard told her and her family they didn’t belong there, without checking the list to find their names.

“The only clear memory I have of that day was a man standing in front of the most powerful place in Georgia, looking at me and telling me I don’t belong,” Abrams said in her 2018 Ted Talk. “And so, I decided, 20-some-odd years later, to be the person who got to open those gates.”

Abrams has earned degrees from Spelman College, the LBJ School of Public Affairs at the University of Texas and Yale Law School.

As a dedicated public servant, she founded the New Georgia Project, which helped submit voter registrations for people of color between 2014 and 2016.

Abrams served as the minority Leader of the Georgia House of Representatives until 2017, and narrowly lost the 2018 Georgia gubernatorial election. In February, she became the first African American woman to deliver a response to the State of the Union Address.

Recently, she launched Fair Fight, which ensures that every person in Georgia has a voice in state and national elections. She said she is determined to affect change in Georgia and “open gates” for all people.

African American Heritage House President Erroll Davis has known Abrams for a long time. “She is a very dynamic young woman,” Davis said. “She is very knowledgeable on the issue of voting rights around the country.”

“Leader Abrams looks forward to being a part of an important conversation in the Chautauqua community about the importance of fighting voter suppression,” Holloman said. “She will highlight the importance of safeguarding the right to vote and ensuring that we have a fair fight, so our democracy works for everyone.”

Tags : “The Road to a Fair Fight: A Conversation About Voting Rights”African American Heritage House Speaker SeriesLecturesMinority Leader: How to Lead from the Outside and Make Real ChangeStacey Abrams
previous article 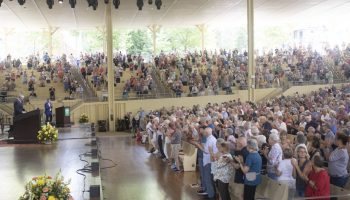 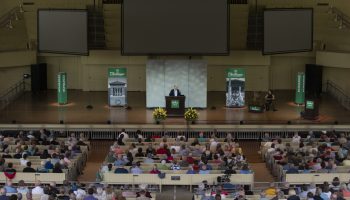