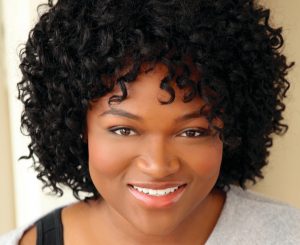 As the light fades and the hour grows late, Bratton Theater will turn into a hub of activity and excitement tonight, August 2, as Chautauqua Theater Company hosts “Bratton Late Night Cabaret: CTC’s Got Talent!”

Back from a one-year hiatus, the event will feature a wide variety of CTC members as they take the stage to show off hidden talents and special skills to impress and enthrall Chautauquans. The evening won’t just highlight the actors of the company; members of the design team, office staff and prop shop will all participate as well.

CTC alumna and guest artist Stori Ayers takes the helm as director and coordinator of the event. Ayers said that when brainstorming ways to bring Bratton Late Night back to Chautauqua, she realized all of CTC is a diverse and talented cast of people. The rest just fell into place.

“After spending the whole summer here with these amazing people, I realized that this is a very musical, very talented group of individuals,” Ayers said. “I wanted to figure out the best way to show that off, and I landed on a talent show riffing off of shows like ‘America’s Got Talent’ and ‘American Idol.’ ”

Ayers said her goal for the event is to open the doors for any member of CTC to participate. In past years, the event has only been open to members of the CTC conservatory, but that changes this year.

“Everyone has creative abilities,” Ayers said. “I love that we’re giving a chance to those who might not get time to be on stage, most of the time, to get up and perform. We’re all artists here.”

Throughout the evening, members of the company will take the stage and perform their acts for a panel of “celebrity” judges. Afterward, the judges will decide which acts are strong enough to move on to the second round, then the final round before a winner is crowned.

As for the types of acts on display, Ayers said Chautauquans will get a little bit of everything. Comedy, music, improv, dancing, writing and more are on the table for the evening, and according to Ayers, the late-night nature of the event means that some acts may get a little risqué.

“All gloves are off,” Ayers said. “You just don’t know what might happen late night in the theater.”

Ayers said she’s excited to be part of the unique event. While CTC’s performances throughout the season are great, Ayers said that Bratton Late Night will be something all its own.