In Greek, the word nostalgia is a compound formed by “nostos,” meaning a return home, and “algos,” meaning pain.

The potency of that emotion — the pain and the desire to return to the way things used to be — forms the basis for Mary Biddinger’s newest book of prose poetry, Partial Genius.

“For this book, I had to go big,” said Biddinger, the Chautauqua Writers’ Center poet-in-residence for Week Two. “I was trying to bring in a lot of details from the late ‘80s and early ‘90s, and I felt that an ordinary, small poem was just too small of a container. So when I wrote these interrelated prose poems, they’re drawing on the theme of nostalgia and the culture of Generation X.”

Biddinger’s aptly titled week-long workshop, “Writing Beyond the Bruise: Moving Ahead in Poems that Look Back,” will complement Partial Genius’s explorations into the past by encouraging her students to do the same.

“In this workshop, we’re going to see how we can do this, how we can work with the past as people who are writing right now in the pandemic,” she said. “It’s one thing to write about, ‘Oh, how I miss my cat of yesteryear,’ but now it’s like, ‘Oh, how I miss my cat of yesteryear and all the things you could do back then that you can’t do now.’ I feel like things have shifted emotionally for us in a way that’s important to acknowledge.”

At 3:30 p.m. EDT Sunday, July 5, on the Virtual Porch, Biddinger will give a reading from Partial Genius as well as from newer works. She’ll be joined by the week’s prose writer-in-residence Jacob White, an essayist, educator and author of the short story collection Being Dead in South Carolina, who will read an excerpt from a longer work of fiction that he said deals with the “experiences and changes that have occurred over the last three months or so in our collective reality.”

This new piece of fiction, which White said he began writing in the last week, uses the relationship between two brothers as a lens with which to view questions about race and social positioning.

White’s workshop, titled “The Breathing Story,” will involve a search for story plots that may seem, at first, unlikely or odd.

“When I titled this class, I had no idea that it would be as loaded of a title as it is now,” he said. “But I’m embracing that, and the reflectional positioning that comes with it. Because that is how all of our stories have to breath now.”

Both Biddinger and White’s five-day workshops will be hosted on the Online Classroom as part of CHQ Assembly. In addition, Biddinger will give a Brown Bag craft lecture at 12:30 p.m. EDT Tuesday, July 7, also on the Virtual Porch, followed by White’s at 12:30 p.m. EDT on Friday, July 10. 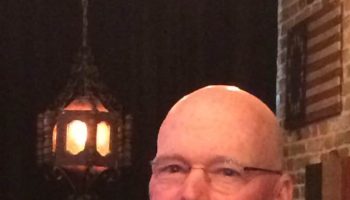