A West African proverb sits at the top of the Rev. Traci DeVon Blackmon’s biographical profile on the United Church of Christ Website: “Until the lion tells the story, the hunter will always be the hero.”

“During my week (of sermons), I will attempt to call attention to the importance of story,” said Blackmon, who is serving as the Week Two chaplain-in-residence on CHQ Assembly. “So much of Jesus’ recorded teachings were done through the reframing of narrative. Currently we are living in a time of social, political, and theological distortion of story. This distortion is amplified through various forms of media.”

Blackmon will preach Sunday, July 5, through Friday, July 10, on the CHQ Assembly Video Platform. On Sunday, July 5, her sermon will be broadcast during the 10:45 a.m. EDT Service of Worship and Sermon. The title for her sermon is “We, Too, Sing Of Freedom.” From Monday, July 6, through Friday, July 10, her sermons will be recorded and broadcast as part of a live 9:15 a.m. EDT morning devotional service. Her sermon titles include “Where Are The Dreamers,” on Monday, July 6; “Story Matters,” on Tuesday, July 7; “Faithful Without Fanfare,” on Wednesday, July 8; “In Defense Of The Ravens,” on Thursday, July 9; and “You Might As Well Throw The Rock” to close the week on Friday, July 10.

“I believe one of the marks of faithful discipleship is as keepers of the story,” she said. “At its core, this is the Bible as we know it, a compilation of sacred story. As people of faith, we are called to preserve a faithful narrative for our generation and generations to come.”

A registered nurse for over 25 years, Blackmon earned a Bachelor of Science degree in Nursing from Birmingham – Southern College, and a Master of Divinity degree from Eden Theological Seminary. Throughout her ministry, her work has focused on communal resistance to systemic injustice. Her response in Ferguson to the killing of Michael Brown resulted in national and international recognition; her work is now featured in several Ferguson Uprising documentaries.

Appointed to the Ferguson Commission by then-Governor Jay Nixon and to the President’s Advisory Council on Faith-Based Neighborhood Partnerships for the White House by President Barack Obama, Blackmon is a recipient of the NAACP Rosa Parks Award; The Urban League of St. Louis Woman in Leadership Award; and the National Planned Parenthood Faith Leader Award, among others.

Blackmon co-authored “White Privilege – Let’s Talk,” an adult education curriculum designed to invite members to engage in safe, meaningful, substantive and bold conversations on race for the United Church of Christ. She has toured the nation proclaiming the need for a moral revival in America with the likes of the Rev. William Barber of Moral Mondays and Repairer of the Breach and Sister Simone Campbell of Nuns on the Bus.

Blackmon is listed as one of Ebony Magazine’s 2015 Power 100. She is a graduate of Leadership St. Louis and currently serves on the boards of The Samuel DeWitt Proctor Conference, Chicago Theological Seminary, and WomanPreach! She was named 2017 Citizen of the Year by The St. Louis American and as one of St. Louis’ 100 most influential voices. 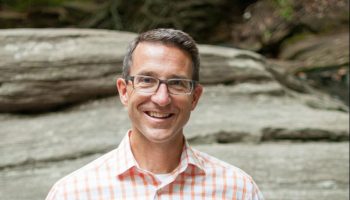 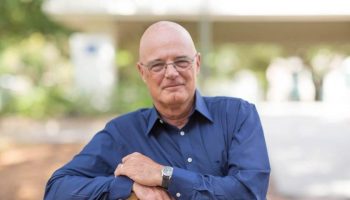