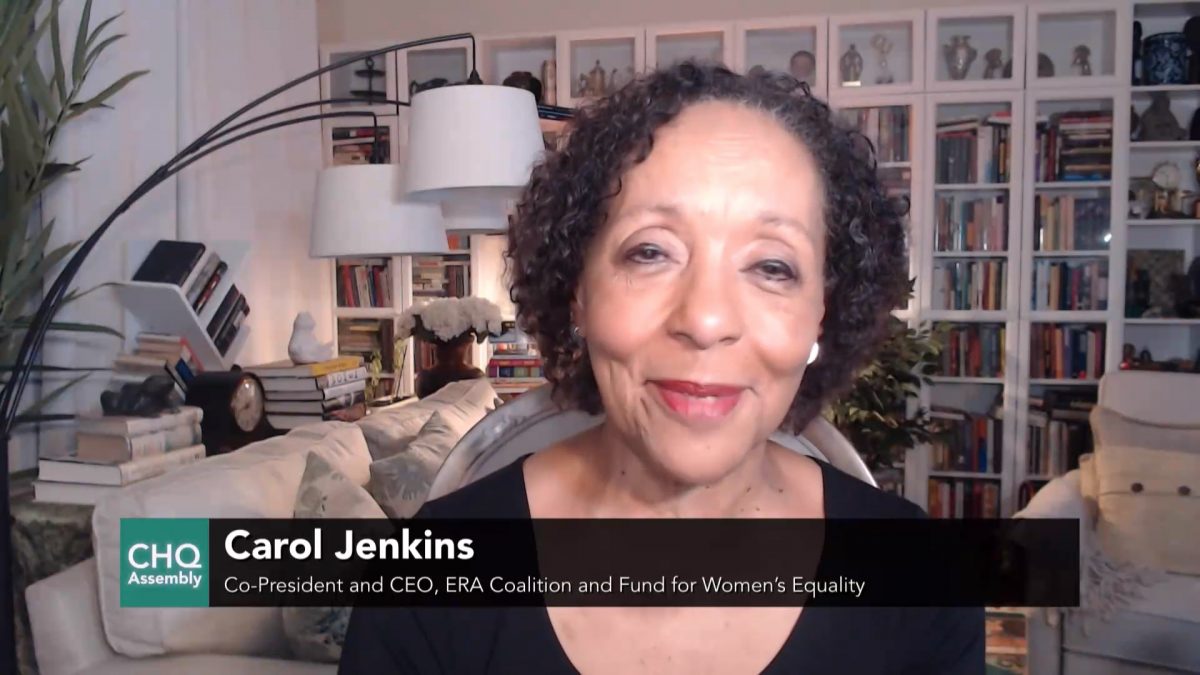 The national fight for equal rights began more than a century ago, the charge led by women such as Susan B. Anthony and Elizabeth Cady Stanton, and kept afloat by individual women and men across the country who believed in equality for all.

Carol Jenkins’ fight for equal rights began before she was even born; her grandfather, a small farmer in rural Alabama with 16 children, brought each and every one of them into the world with a belief that women are equal to men.

His ideas, so radical at the time that he was written about in a local newspaper for sending his nine daughters to college while keeping his six sons home to run the farm, shaped the mindset that Jenkins carries with her each day.

Jenkins said her grandfather’s unique way of thinking produced “a small army of doctors, lawyers and businesswomen, an impressive crop for a small piece of land owned by an equality-believing farmer.”

It was her feminist grandfather who planted the revolutionary seed, and it was her own passion that caused it to grow.

Jenkins, co-president and CEO of the ERA Coalition and the Fund for Women’s Equality presented her lecture “On the Work Toward Passage and Enactment of the Equal Rights Amendment” in keeping with the Week Five Chautauqua Lecture Series theme of “The Women’s Vote Centennial and Beyond” at 10:45 a.m. EDT Thursday, July 30, on the CHQ Assembly Virtual Platform.

According to a recent ERA Coalition survey, over 90% of all Americans are in favor of the passage of the ERA. Women make up the majority of the American population, yet are disproportionately affected by gender bias and prejudice.

“Women are most of the poor in our country, the un- or under-employed or the underpaid,” Jenkins said. “Women are subjected to domestic and sexual insult, assault or aggression, and are lacking in protections and rights.”

Jenkins spoke about the approaching 20th anniversary of the deaths of Jessica Lenahan’s three daughters, who were abducted and killed by Lenahan’s estranged husband after police refused to enforce an order of protection. The case is important to Jenkins because, when Lenahan filed a lawsuit against the police department on the basis of gender discrimination, the Supreme Court ruled that she had no due process right to enforcement of her restraining order. Surpreme Court Justice Antonin Scalia wrote that the police department was only required to make arrests for protective order violations at their discretion, prompting the ACLU to file a suit on behalf of Lenahan alleging gender discrimination.

Sexual discrimination often goes hand-in-hand with racial discrimination, or vice-versa, and women of color are frequently faced with the highest instances of prejudice and injustice, which Jenkins believes has only gotten worse in the face of the global COVID-19 pandemic.

“The current pandemic has exposed for all to see what inequality breeds, and that it can mean the difference between life and death,” she said.

The surge of protests and activism indicates to Jenkins that the movement toward justice and equality is growing and gaining traction.

“Given the recent throngs in the streets protesting the deaths of George Floyd and Breonna Taylor, as well as charges of racism and sexism inherent in our society, it is not surprising that many of us believe that systemic change, real change, is required in America,” Jenkins said. “To that point, there is nothing more systemic than the core legal document that dictates our rights and protections than the Constitution.”

The authors of the Constitution — the “Framers” — were wealthy white men, most of whom were slave owners. As they drew up the Constitution, the rights and protections in the document were only afforded to property-owning white men. Others — namely, women and enslaved people — were excluded.

However, the Framers, anticipating growth and transformation of the young country in years to come, included a clause which created an amendment process for the Constitution should there be a need to adjust the governing document moving forward.

As of the year 2020, the Constitution has been amended 27 times, notably granting rights and citizenship to African-Americans and allowing women the right to vote.

However, there is still no clause prohibiting discrimination based on sex; the Equal Rights Amendment is meant to eradicate injustice based on gender in what would be the 28th amendment to the Constitution.

As the 100th anniversary of the passage of the 1920 19th Amendment approaches, so too does the centennial anniversary of the proposal of the Equal Rights Amendment, introduced by suffragette Alice Paul in 1923. The amendment, if ratified, would contain an explicit statement of gender equality and prohibit discrimination based on sex.

The process for amending the Constitution is not a simple one — it requires a two-thirds vote by both houses of Congress in favor of the bill, followed by ratification by three-fourths of the 50 states. In 1972, in a groundbreaking moment, two thirds of Congress voted to pass the ERA with an added provision of a seven-year time limit for it to be ratified by the required 38 states.

Seven years passed, and only 35 states had ratified the amendment. Congress granted three more years to the time limit but still, three states were needed to finalize the process.

“The movement for the ERA seemed to fall silent,” Jenkins said. “But there were still people working.”

Then, Jenkins said, the 2016 election sent shockwaves of indignation through the country which renewed both passion and interest in the ERA.

“There were colossal worldwide women’s marches, the heartbreaking impact of the #MeToo movement; something was in the air,” Jenkins said. “It was the voices of women that we heard then, and soon on their lips were the letters ERA, long fallen into disrespect and forgotten by most of the country. In recent history, the ERA became alive again as a valid movement and perhaps as the thing to solve the problem of this persistent inequality of women in this country.”

In response to the swelling movement, Congresswoman Carolyn Maloney (D-NY) created the ERA Coalition, which provided a forum for groups fighting for the ERA to work together, now representing millions of women and girls across the country and hundreds of organizations.

Soon after its formation, the ERA Coalition won a great victory — Nevada had become the 36th state to ratify the amendment. A year later in 2018, Illinois voted to ratify the ERA, leaving only one more empty slot.

“What an exhilarating moment, sitting in the chamber with women who had worked their entire lives for this, watching the mostly women of color legislators who carried that bill see it pass,” Jenkins said. “It was an incredible breakthrough for everyone doing the equality work.”

Now all they needed was an archival ratification — for the bill to be signed by the Archivist of the United States, the position which oversees the National Archives and Records Administration.

The Department of Justice ordered the bill not to be signed on the grounds that the time limit had expired, prompting three states, 52 women’s and social justice organizations and over 90 businesses to file a lawsuit compelling the archivist to sign the ERA, a fight which is still ongoing.

Though obstacles still remain in place, Jenkins finds great inspiration in the progress toward equality made thus far, especially when it comes to her 10-year-old granddaughter — who has lobbied for the bill with Jenkins since the age of 7.

Her granddaughter was present when Jenkins gave a speech to the night before the vote in the Virginia House of Representatives for ratification; Jenkins wanted to show her the impact of the movement.

“I wanted her to see what courage, commitment and dedication to equality look like. I wanted her to see your faces and know that tomorrow, you will be casting a vote for her equal future in this country,” Jenkins said. “I want her to see that it was all worth it.”

Jenkins ended her lecture with a question: “How can we continue to look into our daughters and granddaughters faces and tell them that we will do nothing to raise them up in this society that has cast them as second class citizens and kept them there, when a remedy — the 28th Amendment — was at hand?”

“The Senate and the courts demand equality for the girls and women of this country,” Jenkins concluded. 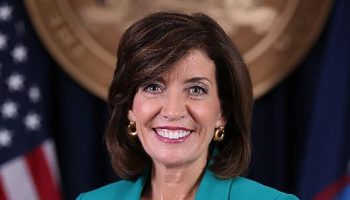