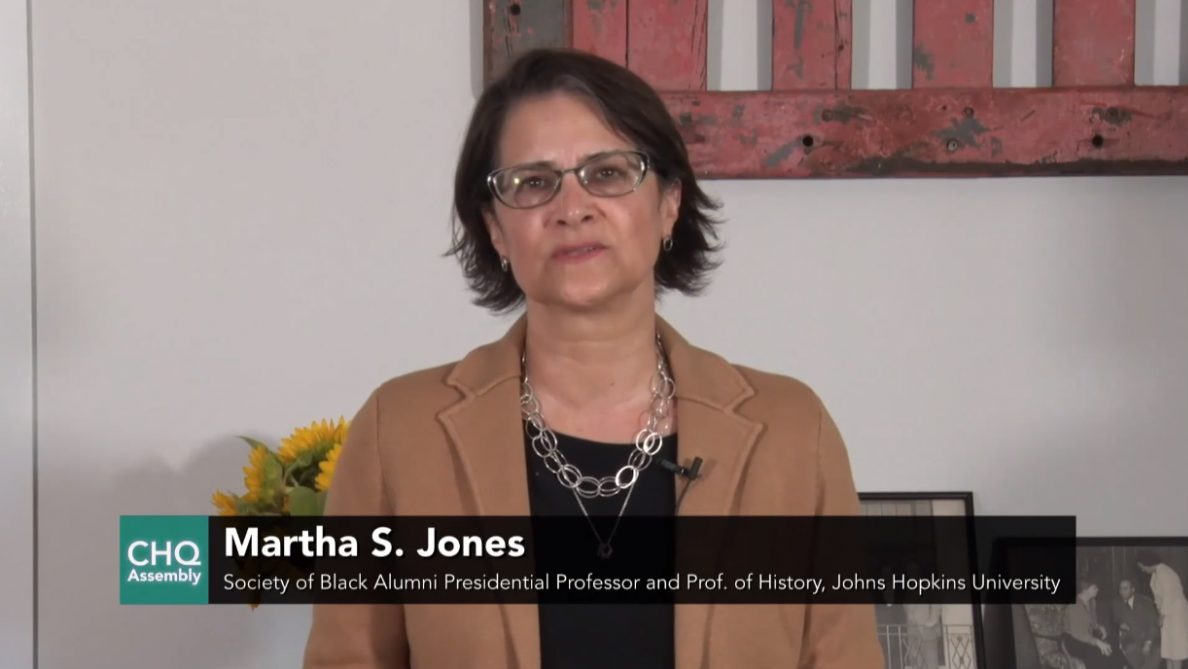 In the 1880s, suffrage leaders Susan B. Anthony and Elizabeth Cady Stanton began writing a history of women’s suffrage — a project that was thousands of pages long.

“It is indeed a story that is told selectively,” said Martha Jones, Society of Black Alumni Presidential Professor and Professor of History at The Johns Hopkins University, “and, in particular, really minimizes, downplays, overlooks — and even erases in some moments — the role that Black American women had played in the road to the 19th Amendment.”

The 19th Amendment was ratified 100 years ago to the day of Jones’ Chautauqua lecture, and she said many will hear retellings of history that are closer to myths than facts. One of these myths is that the 19th Amendment gave American women the right to vote.

“It’s fair to say that no one gives American women the vote in 1920. As some commentators have put it, American women take the vote,” Jones said. “The Constitutional amendment is a decades-long battle waged by American women in the face of fears and recalcitrant opposition.”

In addition to her work at Johns Hopkins, Jones is the author of Vanguard: How Black Women Broke Barriers, Won the Vote, and Insisted on Equality for All. At 10:45 a.m. EDT Tuesday, Aug. 18, 2020, on the CHQ Assembly Video Platform, she gave a lecture titled “The Rare Few Times the Constitution Has Been Amended,” as part of Week Eight of the Chautauqua Lecture Series theme on “Reframing the Constitution.” Jones discussed the history of voter suppression before and after the ratification of the 19th Amendment and current laws that keep American, particularly Black Americans, from the polls.

Jones said that the 19th Amendment states that a person’s sex is no longer a legitimate criteria for voting, and the word “male” was removed from U.S. voting laws.

She said that while the 15th Amendment states that race cannot be used as a criteria for voting, Southern and some western states made laws that successfully kept Black Americans from the polls. These laws included poll taxes, which was an annual fee for voters, and literacy texts, which required voters to read and provide an interpretation from the Constitution — either the federal one or an individual state’s Constitution.

“If any of you have lately looked at your Constitution and contemplated the complexity of something like the Electoral College,” Jones said, “you’ll know that many of us could not explain that provision of the Constitution, even if we could recite the words.”

Another was the Grandfather Clause, a law, Jones said, that permitted only people whose grandfather had voted before the end of the Civil War to vote. Jones said this ensured that the descendants of slaves could not vote, as the 15th Amendment was passed after the Civil War. She also said that unchecked intimidation and lynching forced many Black men away from the polls.

“When we ask, ‘Did all American women win the vote in 1920?’ The answer is assuredly, ‘No,’” Jones said. “African-American women in too many states become equals to their fathers and their husbands, their sons, their brothers, but at the same time, they are equal only in the sense that they are equally disenfranchised, equally going to be kept from the polls.”

One example Jones gave was that, after the ratification of the 19th Amendment, officials in Kent County, Delaware, refused Black women who failed the literacy tests. And in Savannah, Georgia, election judges ruled that women were not allowed to vote because of a state law that stated voters had to be residents of a state for six months before the election, and the 19th Amendment had not been in place for six months at that time.

Jones said Southern and western lawmakers devised laws that targeted Black women because they feared they would vote in high numbers. She said during this time, white women did not register and vote at a high rate, but Black women did, even before 1920 in states — including California and New York — where women could vote.

In Florida, Black women created clubs that prepared one another to register and vote on Election Day. Throughout Florida, Jones said that the Klu Klux Klan organized violence against Black voters to keep them from the polls. In the city of Daytona, Jones said the terrorist organization staged an open rally, which the local paper publicized, and went from the center of the city to Bethune Cookman University in the heart of the African-American community. At Bethune, Jones said the Klan tried to intimidate the many Black college students, and community members, to prevent them from going to the polls.

Jones said voter suppression laws currently exist, with voter ID requirements and the closing of polling stations. While these laws are “neutral on their face,” as Jones said, so were the laws that suppressed Black voters in the 1920s — and they are having a disproportionate effect on Black voters.

The lecture then transitioned to a Q-and-A session with Chautauqua Institution Chief of Staff and Vice President of Strategic Initiatives Shannon D. Rozner. Rozner asked Jones to comment on Sen. Kamala Harris being chosen as Joe Biden’s running mate in the presidential election.

Jones said a lot of people commented on Harris being the first Black American woman and the first Indian-American woman to be a presidential running mate for a major party.

“I’m someone who really thinks it’s time to retire the distinction of ‘the first,’” Jones said. “I think where we are, is in a new historical moment, one in which African-American women are emerging really as a force, rather than as first.”

Harris was among six other vice presidential hopefuls who were Black women, and Jones said around 120 Black women will run for Congress this year, which is up from 40 in 2018.

Rozner asked Jones to react to the breaking news that President Donald Trump would pardon suffragist Susan B. Anthony, who was arrested for voting in 1872.

“What a cynical move that is on the part of the president, when we are in the midst of wholly fumbly access to the polls for so many Americans, including American women, in November,” Jones said.

Jones said there are people in better positions to speak on Anthony’s behalf, but she thinks that Anthony would be “decrying this administration for its unwillingness to guarantee our access to the polls in November.”

“Her arrest was a badge of honor. In many ways it was a merit badge for an activist of her generation; perhaps it’s still a merit badge today for activists,” Jones said. “I’m not convinced that Susan Anthony would welcome the pardon from Donald Trump in 2020.” 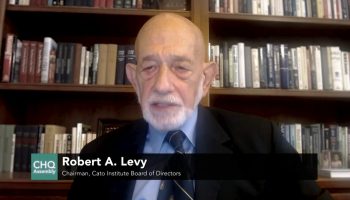 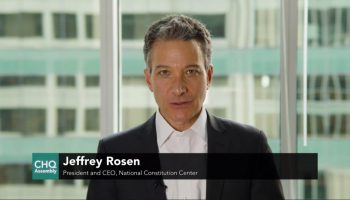