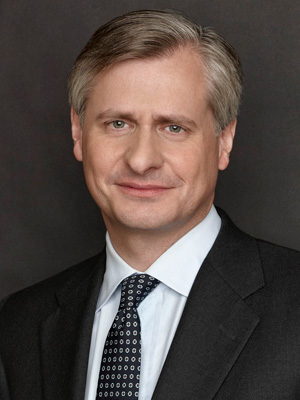 First, he spoke to the world at the 2020 Democratic National Convention, where he addressed the people and endorsed Joe Biden for presidency.

“This is a grave moment in America,” Jon Meacham said in his speech.

Now, Meacham will bring his words directly to the screens of Chautauquans in his lecture “How the Constitution Will Endure” to close out Week Eight of the Chautauqua Lecture Series: “Reframing the Constitution.” The lecture will air at 10:45 a.m. EDT Friday, Aug. 21, on the CHQ Assembly Video Platform.

Meacham, in delivering the 2018 Governor’s Lecture in the Humanities as part of the E.N. Thompson Forum on World Issues in Lincoln, Nebraska, placed the challenges of the year in perspective.

“The Constitution was written for this time and moment,” he told his audience then.

In answering audience questions, he encouraged his listeners to “engage someone with whom you disagree.”

“Bear witness,” he said. “You can join the arena.”

Meacham is one of America’s leading presidential historians and scholars as well as an award-winning writer and a contributing editor at Time. One of several bestselling books authored by Meacham, American Lion: Andrew Jackson in the White House won the Pulitzer Prize in 2009. His most recent book is The Soul of America: The Battle for Our Better Angels.

Meacham is a member of the Council on Foreign Relations, a fellow of the Society of American Historians, and chairs the National Advisory Board of the John C. Danforth Center on Religion and Politics at Washington University, qualifications which will shape his Friday lecture, where he will share his reflections on the lasting power of the Constitution, and on the nation’s future.

The five-minute speech at the DNC was ample time for Meacham to spread his message. He invoked the words of Martin Luther King Jr. to call of unity in a time of unrest.

Meacham ended his speech with his endorsement of Biden and a call for people to use their voices and their votes for justice.

“The arc of the moral universe is long but it bends toward justice. Bending that arc requires all of us. It requires ‘We the People,’” Meacham said. “… With our voices and our votes, let us now write the next chapter of the American story; one of hope, of love, of justice. If we do so, we might just save our country. And our souls.”

This program is made possible by The Susan Hirt Hagen Lectures Fund.