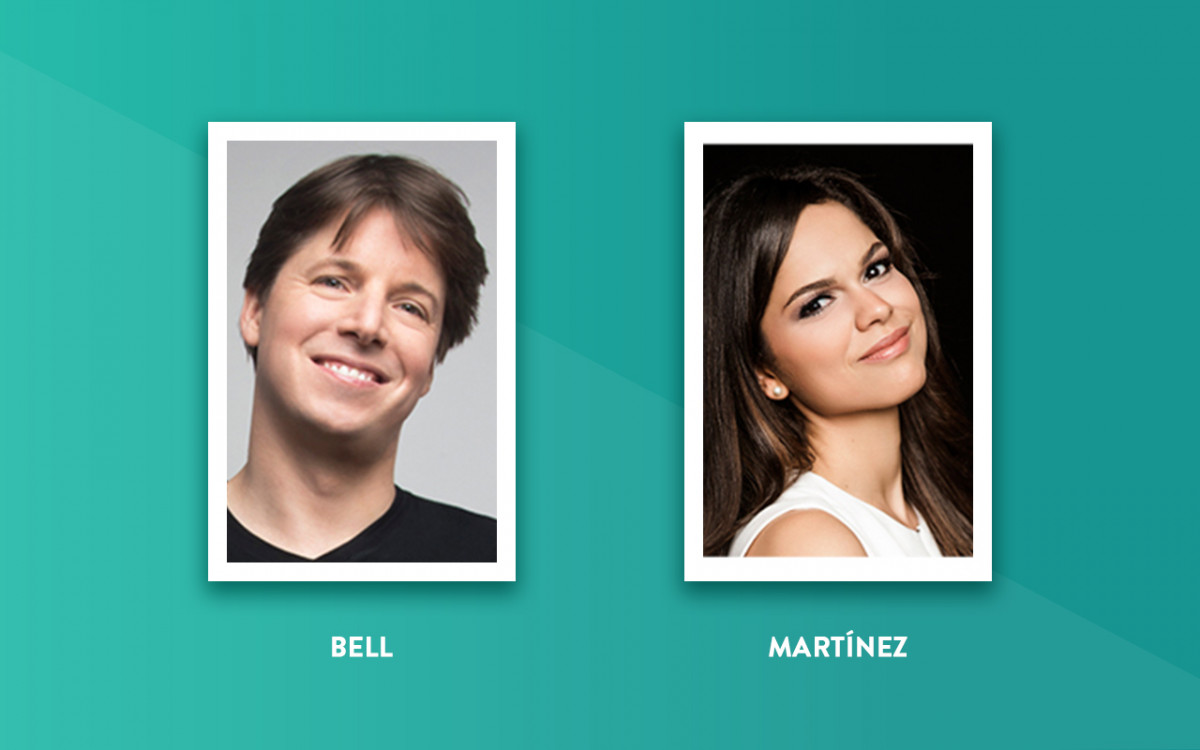 With a career spanning more than 30 years as a soloist, chamber musician, recording artist, conductor and director, Bell is one of the most celebrated violinists of his era. And it shows in his annual schedule, performing in more than 150 concerts a year.

“I love the adrenaline, and I do it joyously,” Bell said. “But (the COVID-19 pandemic) has given me a new sense of time and a new chance for reflection. I think that affects the music-making in positive ways, and allows me to explore repertoire that has been on my bucket list. I believe we will come out of this with a new sense of inspiration.”

Instead of Carnegie Hall or even the Amphitheater stage, where Bell performed with trumpet player Chris Botti in 2016, and as a soloist with the Chautauqua Symphony Orchestra in 2018, Bell and his wife, Larisa Martínez, will record their virtual performance from their Westchester country home, which fortunately includes a living room concert hall.

“We have always thought it would be the perfect place to have home concerts for friends and family,” he said. “It’s a house salon in the old-fashioned style — it’s a very intimate setting.”

Bell and Martínez will perform at 5 p.m. EDT Friday, Aug. 21 on the CHQ Assembly Video Platform. A Sony Classical artist, Bell has recorded more than 40 albums, garnering Grammy, Mercury, Gramophone, and Opus Klassik awards. Named the music director of the Academy of St. Martin in the Fields in 2011, he is the only person to hold this post since Sir Neville Marriner formed the orchestra in 1958. Martínez is an artistic resident of Turnaround Arts, led by the Presidential Committee on the Arts and the Humanities. For the last two years, she has toured with Andrea Bocelli, debuting at Madison Square Garden and throughout North America, South America and Europe.

The “intimate program” begins with Felix Mendelssohn’s “Ah, ritorna età dell’oro.” Bell said Mendelssohn is one of his favorite composers, and this 1834 aria is “beautiful, yet not often played.”

“Larisa and I had plans for next summer to do a whole tour together, but when we started exploring violin and voice repertoire, we found there is not a lot written natively for that pairing, so we have had to rely on arrangements when putting this together,” Bell said.

Following Mendelssohn is Fritz Kreisler’s “Liebesfreud” and Franz Schubert’s “Ave Maria.” According to Bell, “Ave Maria” is particularly fitting for this concert, given that it’s music “meant for the home space.”

“The song was meant for small spaces, as in it wasn’t written originally as the big, bold concert piece we know it as today,” Bell said. “Like most of the songs Schubert wrote, it wasn’t published during his lifetime because it was created for the soirées in his home.”

Next is Georges Bizet’s “Carmen Fantasy,” Op. 25, Heitor Villa-Lobos’ “Bachianas Brasileiras,” No. 5, and a West Side Story Medley, arranged by William David Brohn and Charles Czarnecki. Bell said it highlights the “best pieces from the musical.”

“West Side Story is one of the greatest American pieces of the 20th century,” he said. “It’s a masterpiece, something everyone knows so well. Larisa is from Puerto Rico, and I think of her as just the perfect Maria. I guess that means I play Tony, in a way, on the violin.”

To close out the evening, Bell and Martínez chose an encore: Manuel Ponce’s “Estrellita.”

“‘Estrellita’ is Ponce’s most famous melody, and an iconic one at that,” Bell said. “I have played it on the violin many times, but we both love this song so much, we came up with an arrangement where we hear the melodies from both of us. There is not even a piano, it’s just me and the voice. That’s as intimate as we can get.”

This program is made possible by Bruce W. and Sarah Hagen McWilliams.