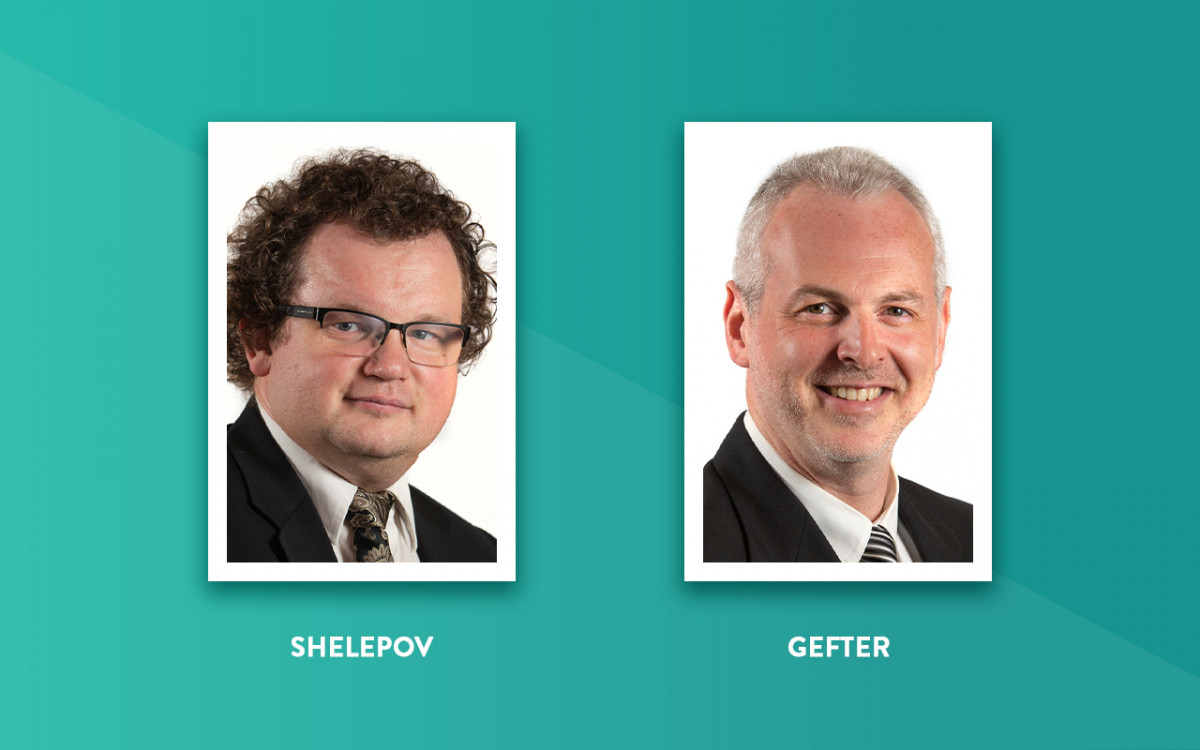 For a special Monday edition of “Into the Music” with the Chautauqua Symphony Orchestra, violinist Anton Shelepov and cellist Igor Gefter are laying it all out on the table. The dining room table, to be more specific.

A three-course meal is on the menu, starting with appetizers by way of “quick Russian miniatures,” a “masterpiece” of a main course and a “short and sweet crowd pleaser” to finish off the night.

Shelepov and Gefter will perform “Two Russians, Eight Strings” at 4 p.m. EDT Monday, July 27, on the CHQ Assembly Video Platform. Outside of their summer roles in the CSO, Shelepov is concertmaster of the West Virginia Symphony Orchestra and acting assistant principal second violin of the North Carolina Symphony, while Gefter is a member of the Toronto Symphony Orchestra and principal cellist of the Grand Teton Music Festival.

It’s full of life and very exciting in its character,” Shelepov said. “The three we chose are full of hope, meaning it’s a great musical piece to be performed during this time we are living in. We want people to feel uplifted by music, not overwhelmed.”

According to Shelepov, the duets range from playful to heartfelt, so they made sure to select their three with “purpose.”

“It’s full of life and very exciting in its character,” Shelepov said. “The three we chose are full of hope, meaning it’s a great musical piece to be performed during this time we are living in. We want people to feel uplifted by music, not overwhelmed.”

If Glière’s miniatures are a starter, Hungarian composer Zoltán Kodály’s Duo for Violin and Cello, Op. 7 is the “main course,” Gefter said. The duo was composed at the start of World War I in 1914, but wasn’t played publicly until a full decade later when it was heard as part of the 1924 International Society for Contemporary Music Festival in Salzburg, Austria.

It is a “major piece of music,” Gefter said, taking as long as 35 minutes to perform, depending on the tempo.

“The entire half hour is extremely virtuosic,” Gefter said. “A lot of modern technique is used in this piece and the passion is so apparent, it nearly hits you in the face.”

After a richly rhetorical introduction, the finale is “full-on Hungarian dance,” Gefter said. According to Gefter, Kodály helped bridged the gap between Hungarian folk music and the European art music tradition, often emulating the sounds of another Hungarian composer: Béla Bartók.

“Even before Bartók, Kodály started the trend of going to remote villages in Hungary and pulling from their native sounds,” Gefter said. “It’s a real masterpiece that isn’t played enough. We want to give it the time and space it deserves.”

“As any decent meal does,” Shelepov said this one will conclude with “a sweet delight” — Norwegian composer Johan Halvorsen’s 1894 “Passacaglia” for violin and cello.

Although originally written for a violin and viola, Shelepov said it is most commonly performed with the deeper cello acting as the anchoring bass instrument. The theme is from the final movement of German composer George Handel’s “Harpsichord Suite” in G Minor, so the virtuosic work is often attributed to both Halvorsen and Handel.

According to Shelepov, it is a “showpiece” almost always performed as an encore.

“When we talk about an encore, we always mean something quick that also serves as a crowd pleaser,” Shelepov said. “We want people to walk away with a smile on their face.”

An encore is important for an audience, Gefter said. A good one tops off their night, leaving them satisfied — just like dessert.

“This encore has a beautiful, big, bright red cherry on top with a splash of bourbon,” Gefter said. “I’m telling you, you can’t ask us for more than that.”