Born in 1960s’ Harlem and raised in the Bronx, Tricia Rose said her acute awareness of the inequality she saw in reality played out every time she watched kids’ movies. 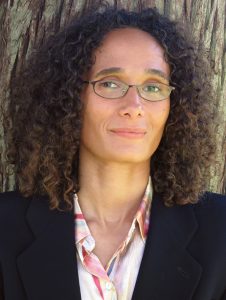 “I’ve always had a deep alignment with the underdog, even in Disney movies,” Rose said.

Rose’s work at Brown University intersects at creative storytelling, social justice and inequality, and her most recent project, How Structural Racism Works, is on brand. The public information academic project provides public access to how systemic racism happens in theory and in daily life.

Rose’s Chautauqua lecture, “What I’ve Learned Telling the Story of Systemic Racism” provides background on this academic endeavor. The lecture will be released at 10:45 a.m. EDT on Wednesday, July 15, on the CHQ Assembly Video Platform. The audience will be able to submit questions at questions.chq.org or on Twitter with #CHQ2020.

Rose serves in multiple leadership positions at Brown University as Chancellor’s Professor of Africana Studies, associate dean of the Faculty for Special Initiatives, and director of the Center for the Study of Race and Ethnicity in America. She received an undergraduate degree in sociology from Yale University and her Ph.D. from Brown University in American studies. She serves on boards for the Nathan Cummings Foundation, Color of Change and Black Girls Rock, Inc.

She has written several books on the intersection between race and culture, including Black Noise: Rap Music and Black Culture in Contemporary America, which was the first academic treatment of the field of hip-hop.

“It’s a weird predecessor for this work (I’m doing now), but it’s a storytelling genre of music that upends stories,” Rose said.

Rose has also written Longing To Tell: Black Women Talk About Sexuality and Intimacy, a collection of oral narrative stories, and The Hip Hop Wars: What We Talk About When We Talk About Hip Hop-And Why It Matters, a followup on the field she founded with her first book.

“For everyday people, the difference between a myth and a story is sometimes nothing,” Rose said.

Myths and stories in any form, through music, culture or art, can also inspire people.

Rose doesn’t care for “indulgent” music when there is “music, art and culture that take human dignity and suffering seriously.”

In the context of 2020, Rose sees the current expression of this suffering in the form of political action — sparked by the murders of George Floyd and Breonna Taylor by police and various incidences of murders recorded on camera — has two sides.

“It has been a challenging year emotionally, physically and psychologically,” Rose said.

But in the midst of tragedies, the national and global response reached a size that no one expected.

“It’s an opportunity to make some meaningful progress, or even tip the whole thing over into something new,” Rose said.

This program is made possible by The Edith B. and Arthur E. Earley Lectureship.

Tags : “What I’ve Learned Telling the Story of Systemic Racism”Black Girls RockBlack Noise: Rap Music and Black Culture in Contemporary AmericaColor of ChangeIncLonging To Tell: Black Women Talk About Sexuality and IntimacyNathan Cummings FoundationThe Hip Hop Wars: What We Talk About When We Talk About Hip Hop-And Why It MattersTricia Rose
previous article 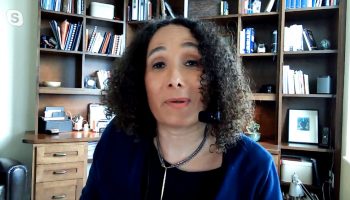