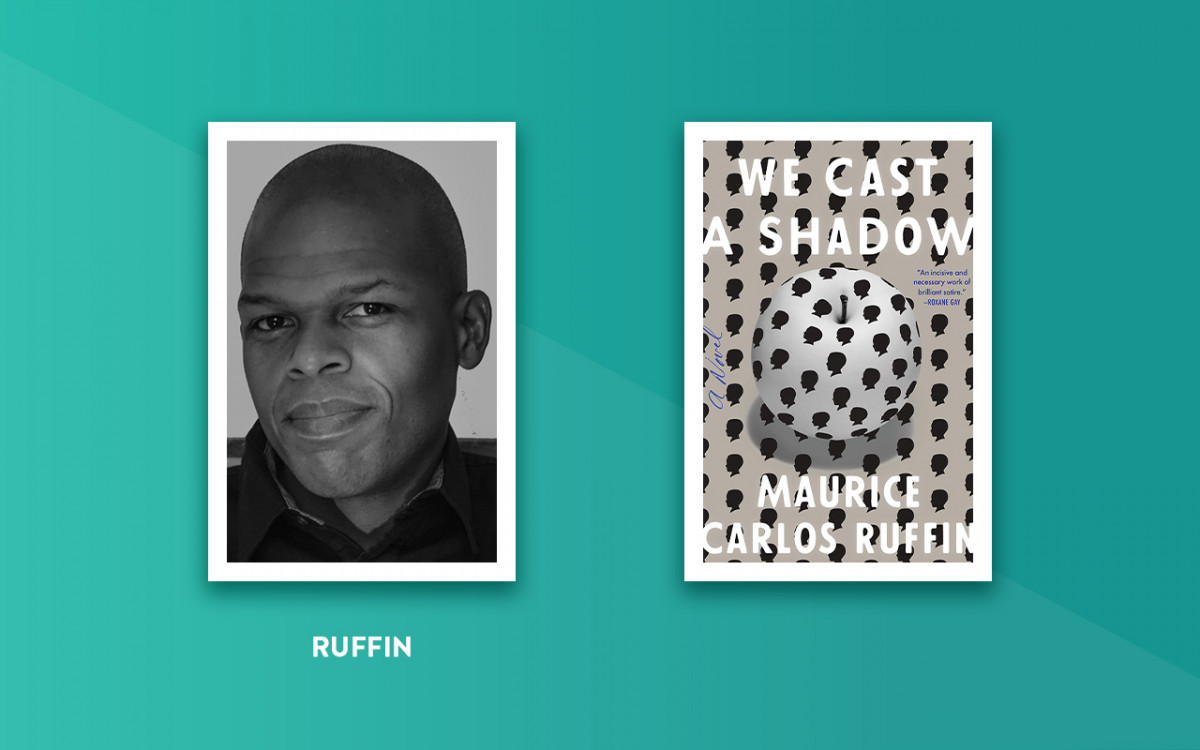 “Technology has been both a boon for our society and also, in some ways, one of the accelerants that have led to the type of problems we see nowadays, particularly with respect to people’s attitudes towards race and antiracism,” said Ruffin, an author, recipient of an Iowa Review Award in fiction and the winner of the William Faulkner-William Wisdom Creative Writing Competition for Novel-in-Progress.

Ruffin said the concept behind his novel, We Cast a Shadow, was born out of the era of the Obama administration — more specifically, right after Trayvon Martin was killed.

“When I was a witness to that, like most of the nation was a witness to it, and as I watched people’s responses to it — how their responses varied whether or not they were liberal or conservative — it really raised questions about American culture,” he said. “This book is somewhat a response to that. It’s a response in terms of: What is it that people see when they see African Americans?”

At 3:30 p.m. EDT Thursday, Aug. 13, on the CHQ Assembly Video Platform, Ruffin will break down the different elements that make up We Cast a Shadow — the Chautauqua Literary and Scientific Circle’s selection for Week Seven.

“The narrator in We Cast a Shadow, a black man living in a world that was not made for him, is ready to do the most rational thing in his mind for his son — make him white,” said Sony Ton-Aime, Chautauqua’s director of literary arts. “For some readers, his actions look absurd and irrational, but his are sensible decisions for one who accepts the position that the world has set for the Black person.”

Ton-Aime said that in that sense, Ruffin’s novel is an important book, not only because “it’s beautifully written and its subject matter is fascinating,” but because he said it’s “a tacit endorsement of the social protests happening now.”

“It shows the default setting of this system, what happens when people do not stand up to and question the status quo,” he said.

Ruffin’s novel, which evokes the tone of the acclaimed horror film “Get Out,” centers around an unnamed narrator’s quest to get his biracial son an experimental demelanization procedure.

For young authors looking to emulate his electrical prose style, Ruffin said that it’s critically important to take care of “your spirit and your emotions.”

“On the other hand, the job of any artist — and a writer is a part of that category — is that you need to be paying attention,” he said. “You need to not be afraid to engage with your deepest, darkest feelings. Now could be a time for people to sit back and not write, but if you’re inclined to write, I advise that you write hard, you write fast, and you write dirty.”

Often, Ruffin said that extreme times are “great times for the creation of art, and that’s how I’ve been experiencing them myself.”

“In terms of coping with the current moment, the way I feel about is that these things that have happened to us — whether it’s George Floyd’s murder or the pandemic — these are things that have happened to everybody,” he said. “Everybody who witnessed George Floyd being killed was affected by it in some way. I feel lucky that I’m a writer, because it means I can sit down and think about these things, and process them.”

For Ruffin, to write well is to do a community service.

“Everybody on this earth has something to contribute,” he said. “To write well is to help your people see themselves better. Every morning, I’m thinking: How can I create something that is going to be useful in my community? For the African-American community, for America, for the world? That’s what has inspired me for years.”