Impromptus are a “bit of a charade” for Van Cliburn Bronze Medalist Christopher Taylor. Though improvisation might imply a lack of planning, the term doesn’t abide by the traditional definition when it comes to music.

“Composers don’t simply abandon their polished technique in impromptus, but they are also not to be considered traditional finger-busters by any means,” Taylor said. “The style is more laid back, but you couldn’t just sit down and crank it out at any old time. It’s a delicate balance.”

Impromptu pieces, at their best, are fairly short and relatively free in form, according to Taylor. The swift movements are divergent from the major, poignant works he performed at the Institution in 2019, but Taylor said it was fulfilling to embark on something new during his quarantine in Madison, Wisconsin.

“This was the perfect time to try something completely new to me,” he said. “I think the audience will love this newfound change of pace.”

Taylor will bring a variety of impromptu compositions to “An Afternoon Piano Recital with Christopher Taylor” at 4 p.m. EDT Wednesday, Aug. 5, on the CHQ Assembly Virtual Porch.

Creating a program made up of pieces with the title “impromptu” is a project Taylor said he has been working on for quite some time. Putting various composers’ interpretations together will highlight the variations each composer brings to the table, he said.

“They all share a title, but virtually nothing else,” Taylor said. “Each composer who attempted an improvisation did so in their own way, a way that evolved the term itself over time.”

“They really capture this idea of improvisation very well with their free-flowing, amorphous personality,” Taylor said. “Each of them has a distinct characteristic, so it challenges the pianist on many different levels.”

The grand finale: Franz Schubert’s “4 Impromptus,” Op. 142. Schubert’s impromptus come from a series of eight pieces for solo piano composed in 1827. They were published in two sets of four impromptus each: the first two pieces in the first set were published in the composer’s lifetime as Op. 90; the second set was published posthumously in 1839 and included a dedication from its publisher, Hungarian composer Franz Liszt.

Taylor said the sets are considered to be among the most important examples of the early-19th-century genre.

“Schubert’s version of impromptus was among the most important in terms of putting this genre on the map,” Taylor said. “The way he composed these inspired dozens of composers who would attempt it after him.”

According to Taylor, Scriabin provides a “certain contrast to the more classic, disciplined, restrained atmosphere of Schubert.” Taylor said he has made it a “personal project” to learn all eight and master their distinctive styles.

“Schubert was not a virtuoso pianist, so he was not preoccupied with pushing the limits of a pianist’s technique,” Taylor said.

The recital will give the audience a chance to discover some lesser known pieces, a goal of Taylor’s “all along.”

“They cover a pretty great diversity of musical moods, so hopefully there will be something to satisfy each taste and distract people from the troubles of their present,” Taylor said. 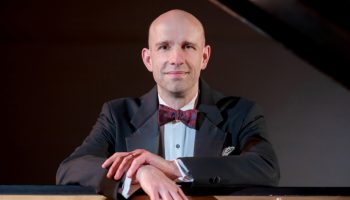 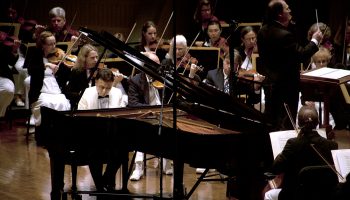 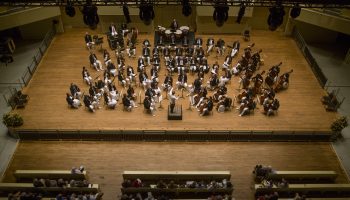