Charles Howard Heinz, 77, passed away at his home in Chautauqua, New York, on Monday, Oct. 5, 2020, following an extended illness.

He was born on October 10, 1942 in Pittsburgh, Pennsylvania, the son of the late Charles and Louise Schmidt Heinz.

Charlie was a graduate of Phillips Academy in Andover, Massachusetts. He received undergraduate and graduate degrees from Princeton University and Syracuse University, respectively. Upon graduation from The Maxwell School of Syracuse University, he worked for the U.S. Department of Housing and Urban Development.

In the late 1970s, as the founder of Vacation Properties, Charlie was instrumental in the development and construction of North Shore and The Pines, as well as many single family homes in the North end of Chautauqua Institution. In 1993, he became Chautauqua Institution’s first Vice President for Administrative and Community Services.

His volunteer associations include the Chautauqua Fire Department and Rescue Squad, where he served for 40 years, the Jamestown Area Chamber of Commerce, and the Jamestown Automobile Club Board. He was also a volunteer tax preparer for The United Way.

Charlie was a lifelong Pittsburgh Steelers season ticket holder and attended every home game for 51 years, even after moving to Chautauqua in the ‘70s. He loved boating on Chautauqua Lake and walking with his dog, Pogo.

Charlie is survived by his wife, Wendy, whom he married in 1964; his daughter, Sandra Heinz Hamilton (Rand) of Reston, Virginia, and son, Charles Edward “Ted” Heinz (Mia) of Stockholm, Sweden; grandchildren, Chase, Kate and Sofia; his sister, Lisa Heinz of New York City; and several nieces and nephews.

A Celebration of Life will be held at a later date, when we are able to gather again.

Memorial contributions may be made to Chautauqua Institution, Chautauqua Hospice & Palliative Care, the Chautauqua Fire Department, and the Alzheimer’s Association.

To leave a condolence or share a memory, please visit www.lindfuneralhome.com. 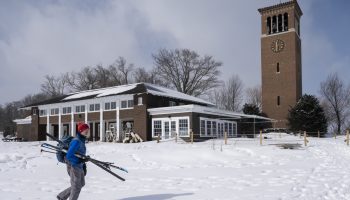 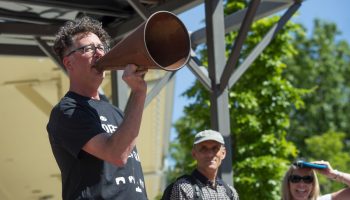