In ancient Roman mythology, Janus is the god of beginnings, transitions and doorways. He is typically depicted as having two faces, one looking forward and the other looking back.

In the same way Janus’ looked to the past and the future, the winner of the annual Chautauqua Janus Prize should — according to Michael I. Rudell Director of Literary Arts Sony Ton-Aime — simultaneously be grounded in the traditional and “paving the way for future writers.”

This year, the prize — funded by Chautauquans Barbara and Twig Branch and awarded now for the fourth time to an emergent writer who has not yet published a full manuscript — goes to a short fiction story titled “After School Hours” by Enyeribe Ibegwam.

There will be a reception at 3:30 p.m. EDT Friday, July 30 on the CHQ Assembly Video Platform to honor Ibegwam, featuring remarks by Rion Amilcar Scott, one of the judges.

Ibegwam’s story follows two Nigerian-American boys living in the suburbs of Washington, D.C. The story deals with parental expectations and the kinds of punishments that occur when their expectations are not met.

His stories have appeared or are forthcoming in PEN America Best Debut Stories 2019, Prairie Schooner, The Southampton Review, Auburn Avenue, The Georgia Review and Transition Magazine. He is a graduate of the Iowa Writers’ Workshop.

“I think what I’m trying to do is sort of take from the past and use it to, in many ways, compare the future. So I’m almost like a judge in everything I look at,” Ibegwam said, in keeping with the idea of the two-faced god. “I wanted to compare, that’s how I see the past and the future.”

Scott said that this year “there was very stiff competition” and a number of “beautiful stories.” However, for him it “wasn’t a hard choice.”

In a deviation from the traditional narrative structure, Ibegwam chose to write in the first-person plural, meaning the whole story is told using the word “we” in place of “I.” He made this choice because he feels that “when you write a story about a group of people, you’re really talking about the singular, but you’re referencing the plural.”

“It’s sort of musical when you say, ‘We do this, we do that,’ ” Ibegwam said. “Everybody’s a culprit, nobody escapes the wrath of a punishment.”

Ton-Aime said that he loves “After School Hours” because of how it challenges the typical immigrant narrative depicted in media, of striving for the classic American Dream.

“It’s such an interesting thing because you get to see immigrants struggling with … the idea of parenting and also the idea of navigating America, in a way that is anchored in the home country,” Ton-Aime said. “It really makes it a bold declaration when it comes to writing about the immigrant life.”

With this story, Ibegwam was trying to make a contribution to the narrative of, as he describes it, what it means to “be hyphenated.”

“It’s an incredibly affecting story. The piece reminds us of how confusing and lonely the process of coming of age and coming into awareness as an adult is,” Scott said. “… Good stories often make us sit in silence when we reach the final words, and I definitely had that feeling.” 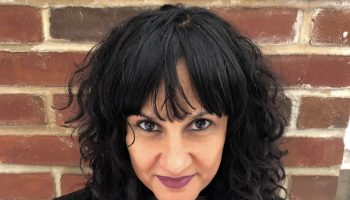 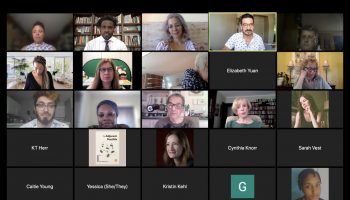