The world is burning. Temperatures are rising, countries are flooding and democracy seems to be failing. So, Rebecca Henderson asked, why not get rid of capitalism, which many believe to be driving much of the harm to the planet?

“Free markets are, I believe, one of the great drivers of human progress,” said Henderson, one of 25 University Professors at Harvard. “Genuinely free markets, where prices reflect the real costs, where everyone can play, where the rules of the game are respected, have generated untold prosperity and opportunity.”

To decarbonize the economy, remanage the agricultural system, create “not millions, but billions of good jobs and to reimagine capitalism,” she said, people must first rethink the role of the firm. She said the philosophy of business people for decades has been that maximizing profits inherently betters society.

“Business people have fundamentally believed that putting their heads down and maximizing profits creates jobs, airplane trips, lights to go on and incredible innovation,” Henderson said.

Instead, the goal of firms should be to make the world a different, better place, and those purpose-driven organizations have performed extremely well.

“These firms are not only feasible but often significantly more creative, innovative and strategically adept than conventional firms,” Henderson said.

Henderson holds the John and Natty McArthur University Professorship on the faculty of Harvard Business School and is a Research Fellow at the National Bureau for Economic Research, which is a sustainability adviser to several of the world’s largest companies. Her book Reimagining Capitalism in a World on Fire was shortlisted for the FT/McKinsey 2020 Business Book of the Year Award.  At 10:30 a.m. Aug. 12 in the Amphitheater, Henderson presented the last lecture of Week Seven’s theme of “The State of the Economy: Where Do We Go From Here?” She discussed fundamental changes companies need to make, the power and innovation of purpose-driven businesses and trends within industries and investors toward more sustainable, equitable models.

The top 10% of companies are twice as productive as the bottom 10%.

“I spent 20 years in windowless conference rooms trying to make this result go away,” Henderson said. “Seriously, we controlled for differences in education, in location, in market and price-cost margin. It could not be that some firms were simply better managed.”

But Henderson was wrong.

“We now are quite sure,” Henderson said, “that those firms that use high-performance work systems, that treat employees with dignity and respect, that give them the resources they need to do their job, that communicate widely, that delegated authority, are very significantly more productive than their rivals.”

And psychologists have found that when the beliefs of employees match those of the leadership, morale and productivity increase. When leaders have great business minds and their thoughts are in line with their workers, great things can happen. Take Elon Musk, for example, whose early gamble on electric vehicles pushed the industry ahead an estimated five to 10 years.

“It is not a coincidence that Elon Musk is so rich,” Henderson said. “Elon Musk went into electric vehicles 10 years before anyone else thought there was a business there. Why? Because he wanted to change the world. He built, now, one of the most valuable companies in the world off the wild idea that the future might be different from today.”

Japan-based Toyota, too, had the initially wild idea of delegating power to the bottom of their organization, listening to their workers’ ideas about how the cars should be made, and their business sprouted, while Western companies took 25 years to catch up with the practice.

“Purpose gives you both productivity and authentic commitment to work, intrinsic motivation and deep levels of trust,” Henderson said. “So you have an organization that can respond and is flexible, and the vision to see beyond because the world is changing.”

For 20 years of her career, Henderson studied why some businesses could not respond effectively to shifts in the industry.

“I spent six months of my life trying to persuade Nokia that Apple was a serious threat. At the time, they were sending a million cell phones a week. So here’s the results of 20 years of research in three minutes. Are you ready?” Henderson said. “I learned that change is really hard.”

She said firms tend to deny the world is changing.

“They’re always the last time that you need to do something different,” Henderson said. “When they’ve worked out the world is changing and they say ‘OK, alright, putting in renewables is profitable.’ They tell you that they are too busy, they don’t have the right people and somebody else can lead the way.”

Purpose-driven businesses, on the other hand, often have high levels of trust from employees and innovative leadership.

“Every time I found a firm that has really changed, and believe me I was looking for them after working with Kodak and Nokia,” Henderson said, “they turned out to be emotionally committed to making a difference in the world.”

While governments have a large role to play, the private sector has to lead the change of capitalism.

“We don’t have the perfect government — I don’t know if you’ve noticed, but we’re having a few political problems,” Henderson said. “Having the private sector as an ally, having the sector stand up and say, ‘You know, I think that voting rights are actually a good idea,’ (creates change).”

Historically, businesses have stepped up when governments didn’t.

“In Denmark, in the 19th century, it was a businessman who suggested maybe, maybe business should be in partnership with labor and with government to build a society that worked for everyone,” Henderson said.

After World War II, businesses in Japan and Germany committed themselves to be inclusive to all, and remain as some of the most equal, and thriving, economies.

This trend of the private businesses leading the way can still be seen today with industry using palm oils. Unsustainable palm oil, Henderson said, is an “environmental disaster,” causing massive deforestation and land poisoning, as well as poor treatment of the workforce. So Unilever, a British multinational consumer goods company, wanted to change to 100% sustainably-grown palm oil. The problem was, Henderson said, this alternative was 80% more expensive.

So the company went to industry rivals and discussed an industry-wide commitment to using more sustainable palm oils, which were more expensive, but reduced the number of carbon footprints. Sixty-seven percent of the world’s public traders of palm oil companies signed up to grow only sustainable goods.

“Seven to eight years ago, I thought this might change the world, that industry-wide voluntary cooperation was how we were going to solve the problems we faced was wrong. So were a bunch of other people. I will tell you that they made a lot of progress,” Henderson said. “In the Amazon before the new Brazilian administration, deforestation almost stopped because the big growers were selling to big firms who only wanted good stuff.”

It’s not just companies expanding their actions against climate change.

“A bunch of investors are saying, ‘You know, I appreciate the profits, but the bit about destroying the planet and my society, I’m not so keen on that. Could I please put my money in firms that don’t do that?’ ” Henderson said.

So what can people do? Henderson said to eat less meat, fly less and insulate houses. She said those in leadership have to be courageous and take the first steps. She said employees need to act from where they are and also get politically involved.

“It’s easy to think the world is driven by heroes because that’s how our minds work. We want to think the civil rights movement was because of Martin Luther King Jr. or that India found its independence because of Dr. Ghandi — and of course, individuals make a difference,” Henderson said. “(But) when you dig deep in every organization, every social movement, there are thousands of people driving change.”

She ended by telling the Amp audience not to despair.

“Despair is easy … It’s easy to think of humans as greedy and selfish and short-sighted, but humans are amazing. We have the technology and the resources to solve the problems that we face,” Henderson said. “At least my own experience has been that trying to change things is way more fun than giving into despair.”

As part of the Q-and-A session, Matt Ewalt, vice president and the Emily and Richard Smucker Chair for Education, asked Henderson how COVID-19 has changed the way that firms think.

“In the beginning, my colleagues thought I had lost my mind. I think they liked me, so they were very polite about it, but you could tell they thought I had gone off the deep end,” Henderson said. “A year ago, one of my colleagues formally apologized to me. They said, ‘Rebecca, you were right the whole time.’ ”

In the past, Henderson said she was a fringe speaker, receiving low ratings from the audience. Recently, she is routinely top-rated, and she said that is not because she is doing anything different. Now, more people lean forward when she speaks about climate change and ask her how they can get involved.

“The pandemic, I thought it might blur this whole agenda; that people would be too busy to think,” Henderson said. “But, in fact, what it’s done, I think, is made us viscerally aware of how things can change like that.”

She says every indicator shows there has been a shift in how investors and businesses think.

“I hold the pandemic responsible for that,” Henderson said, “and the massive floods, fires in California and floods in Bangladesh. I really think that concatenation of events has really, really changed things.”

Tags : HarvardRebecca M. HendersonThe State of the Economy: Where Do We Go From Here?
previous article 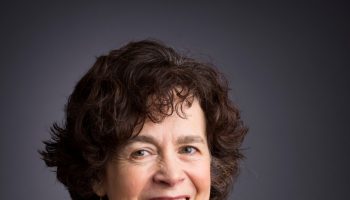 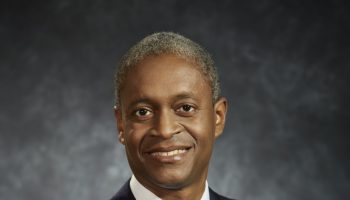 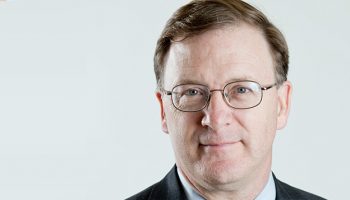 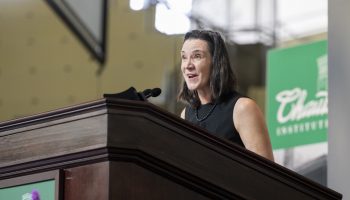