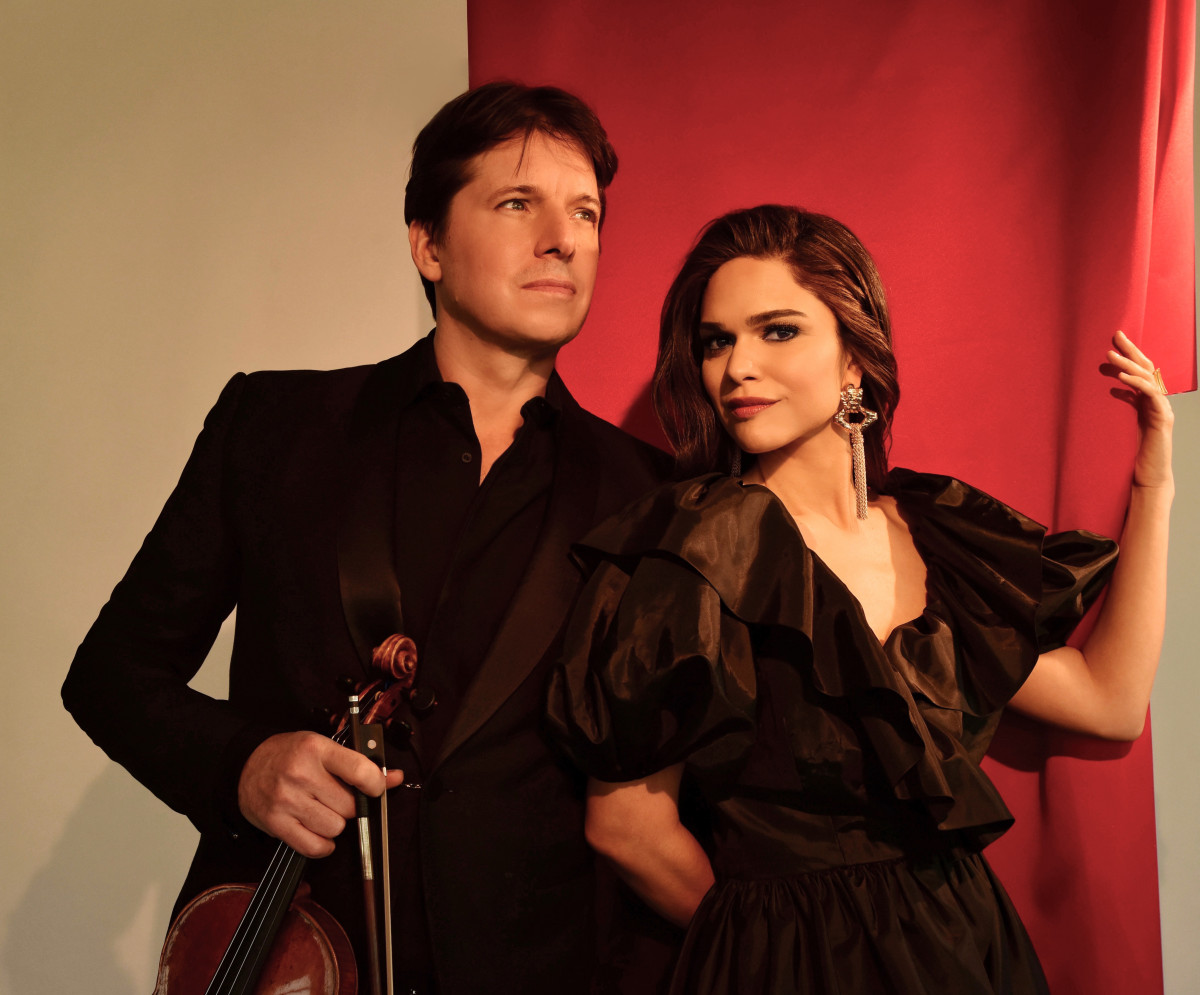 Bell, a Grammy Award-winning violinist, and Martínez, an Emmy-nominated, internationally acclaimed soprano, also share a love for something else: each other.

At 8:15 p.m. Saturday, June 25, on the Amphitheater stage, the married duo will share an outpouring of passion and love to Chautauquans with their performance of “Voice and the Violin.” Bell and Martínez’s collaboration of soprano and violin repertoire will open the 2022 season.

“Making music with a loved one, it’s the greatest way to spend time. It’s a significant bond to share and it is really a gift for us,” Martínez told Akron Beacon Journal in February 2022. The pair have also described previous Voice and the Violin performances as “intimate” and “romantic.”

Opening a season marks a new chapter every year, but this particular season carries more weight than most — this is the first full season of programming since 2019.

“Joshua Bell and Larisa Martínez really typify everything that we value in the arts at Chautauqua Institution, namely excellence and exploration,” said February 2022 hire Laura Savia, vice president of performing and visual arts.

Savia described Bell as “one of the great living musicians” and Martínez as “a rising star and one of the most acclaimed sopranos of her generation.”

“I have been a fan of (Bell) since I was a little girl,” Savia said. “I got to hear him play live when I was in middle school before he was the superstar that he is now, and I have followed his career ever since,” Savia said.

This isn’t Bell’s first time on Chautauqua grounds, as he performed on the Amp stage with trumpet player Chris Botti in 2016 and as a soloist with the Chautauqua Symphony Orchestra in 2018.

Bell and Martínez first met in 2011 backstage in the Blue Note jazz club in New York after Botti, who is their mutual friend, performed. On their seven-year anniversary, Bell proposed to Martínez in Botti’s dressing room at the Blue Note, according to The New York Times.

Bell and Martínez first performed as a pair for Chautauqua audiences via CHQ Assembly in August 2020 from their Westchester home. This Saturday’s program will be Martínez’s first performance in the Amp.

Their returning performance in-person will showcase the exploration and discovery of combining voice and violin repertoire during the pandemic.

“The fact that they could start to engage in this kind of repertoire together in their home in Westchester in 2020 and bring it to CHQ Assembly, and now, they are bringing it to its fullest flowering on our Amphitheater stage for a robust audience on opening night symbolizes how the institution can feed and nourish artists at various moments in their careers,” Savia said.

The 2020 virtual performance opened with Felix Mendelssohn’s “Ah, ritorna, età dell’oro,” and Saturday’s performance will follow in the same fashion. This 1834 aria is “beautiful, yet not often played,” Bell told the Daily in 2020.

Bell often plays Mendelssohn’s work, as his poetic and powerful rhythmic notes are a favorite of his. According to a review published by Bachtrack in 2017, Bell performs Mendelssohn pieces “with huge tenderness, rendering the audience to jelly and craving for more.”

“They are bringing favorites like Puccini’s ‘O mio babbino caro’ and ‘Quando m’en vo’’ and pairing them with interesting canonical works of Wieniawski and Mendelssohn. There will be crowd favorites and also the potential for new discoveries for our audience members,” Savia said.

With the exception of the closing piece, the rest of the program, a West Side Story medley arranged by William David Brohn and Charles Czarnecki, will be new to the Chautauquan audience.

“I’m really looking forward to (their performance of) ‘West Side Story Suite.’ West Side Story by the great Leonard Bernstein is an American masterpiece, and it’s meaningful that Larisa was born and raised in Puerto Rico,” Savia said.

Savia said Chautauquans have been patiently waiting for this performance to hit the Amp stage, “when I mention this concert, people’s eyes light up.”

“This is the kickoff for all of our programming under the core pillar of the arts,” Savia said. “This is the ringing of the bell that signals a start to a jam-packed, diverse, vibrant
season of the arts.” 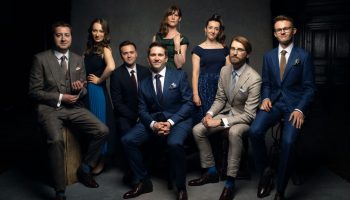