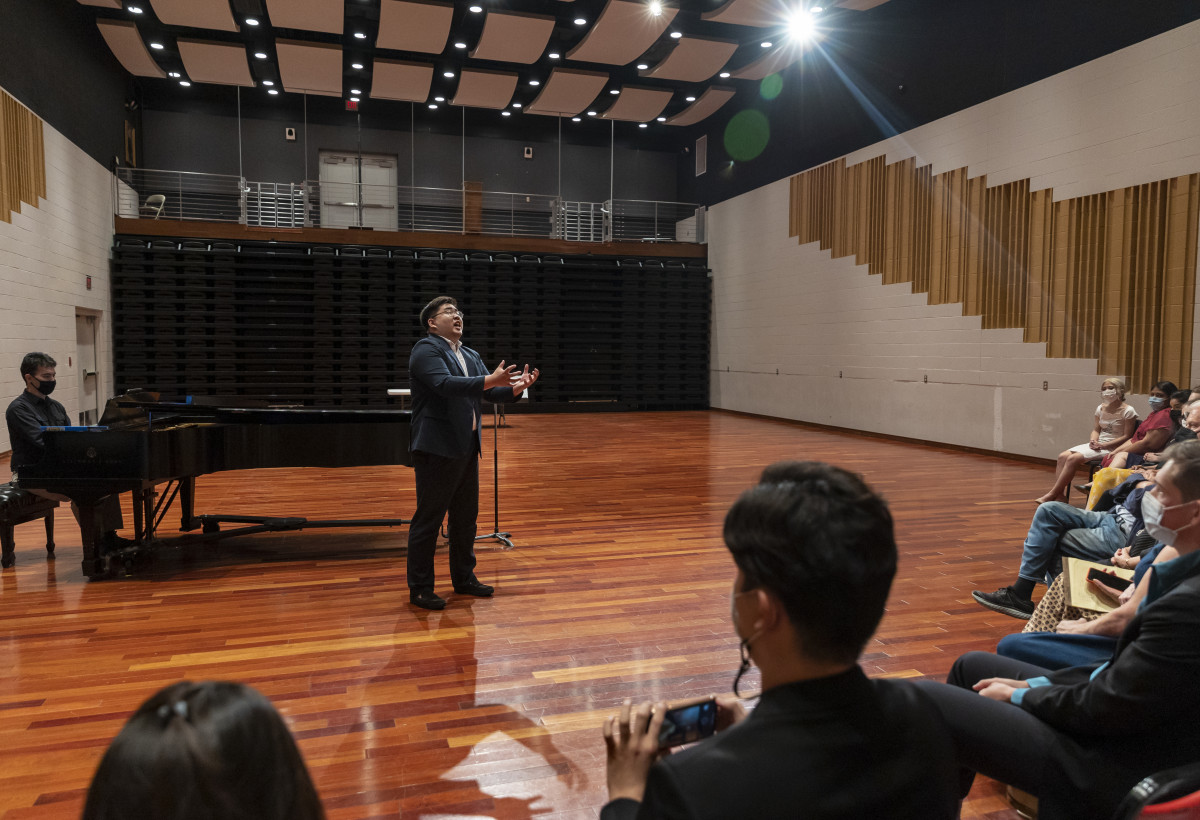 Chautauquans enjoy their music and are dedicated to those who create it.

They proved this in 2021 when around a dozen people stood outside Fletcher Music Hall just to catch snippets of the School of Music’s Voice Program Sing-In. At the time, it was only open to faculty members and students.

Having Chautauquans return to Fletcher is a cause for joy, but above all, the event remains about the students, who now comprise the Chautauqua Opera Conservatory under the supervision of Director Marlena Malas.

“The Sing-In is where each singer introduces themselves, not just to Chautauqua but to the faculty, to each other,” said Sarah Malinoski-Umberger, manager of the Chautauqua Schools of Performing and Visual Arts.

In past years, the School of Music held in-person auditions in New York, Chicago, and San Francisco as some of the music faculty reside in those cities. Auditions for the 2022 season took place virtually. The Sing-In allows some of the faculty to hear the students in person, perhaps for the first time.

This afternoon provides students with the opportunity for a fresh first impression, which will have an impact on their season.

“This one’s very serious,” Malinoski-Umberger said, due to the fact the Opera Conservatory assigns the smaller roles in their productions based on how the singers perform.

The Sing-In kicks off the Opera Conservatory’s season, which includes recitals and performances of Don Giovanni, The Cunning Little Vixen and The Secret Garden. On July 30, to wrap up Week Five’s theme “The Vote and Democracy,” as well as the 2022 opera festival, the Chautauqua Opera Company & Conservatory are collaborating to perform The Mother of Us All, which follows Susan B. Anthony’s activity in the suffrage movement.

The move to combining resources between Chautauqua Opera Company and the Voice Program was heavily discussed before it finally came to fruition this season.

“Now that they’re all one,” Malinoski-Umberger said, “it just feels like
it’s stronger.”